After getting in your car and turning the ignition to hear that dreaded click, you know what to do. The battery in your automobile is dead, and it won’t start up. Using jumper wires to recharge a dead battery is the only way to get a vehicle moving again, and it’s the only alternative.

A flat battery on a calm day is bad enough, but having a dead battery in the rain is even more frustrating. If you have jumper cables and a kind friend to assist you with your dead battery automobile, jump starting a car in a dry climate is a simple process. Even in the rain, can you jumpstart a car

So, Can You Jump-Star a Car in the Rain? 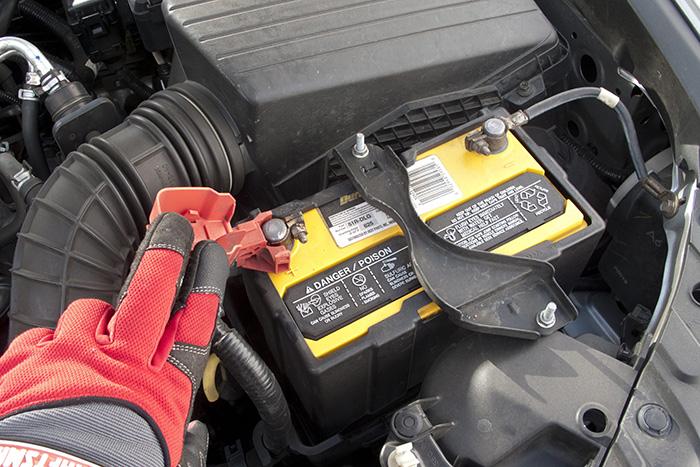 Yes, without a doubt!

Even in the rain, you may use a jumper cable to get your car started. Jump starting your car in the rain is just as safe as it is on a bright day. If you’re worried about getting electrocuted while jumpstarting a car, you can talk such fears out of existence. There is no risk of electrocution and no damage to the car’s components if it rains or snows on you.

DC power is used in automobiles. Because of the low voltage and large amperage produced by a car battery, it is quite unlikely that you will be harmed in any way. Thousands of volts are generated by the electrical system, yet the amperage is so low that you are unlikely to be seriously harmed.

But it will still be painful, and you’ll remember to avoid it the next time you’re in the same situation. It doesn’t matter if it’s raining or sunny; the most essential thing is to make sure the terminals are properly installed.

Precautions for Jump Starting a Car in the Rain

Jumpstarting a car in the rain isn’t ideal, but it’s completely safe if you take the proper steps. You must first check the condition of your jumper wires before trying to start a car in the rain. It’s especially important to look for damage to the insulation if the cables are older, as rainwater coming into touch with a bare wire might cause a short circuit.

Using an umbrella to shield yourself and the battery from the rain is a good idea if it’s pouring heavily. It’s possible to open the hood as low as possible to prevent rain from flooding the engine bay without an umbrella. The hood contains numerous delicate electronic components that should be kept dry at all costs.

Wearing gloves, connecting the leads sequentially, and avoiding simultaneous contact with both battery terminals are just a few of the safety precautions you’ll want to follow when jumpstarting a car.

It doesn’t matter that most car batteries are just 12 volts, because they are a DC voltage. Otherwise, jumpstarting a battery in the rain is not a problem.

An Auto Club spokeswoman said that water shouldn’t be a problem. Cables should be connected sequentially. Remember to use the proper connectors when attaching the wires from your vehicle to the donor vehicle. 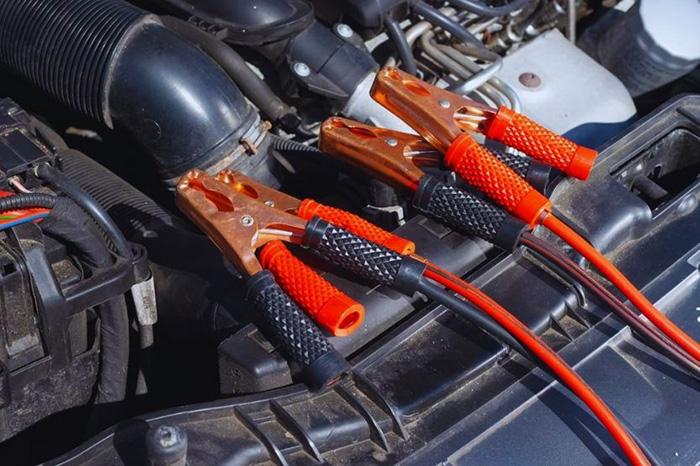 In order to jump start an automobile correctly, you must follow all of the directions in this article.

Can Anything Bad Happens To The Car Battery When It Gets Wet?

It’s likely that your battery will get wet if you jump start your automobile in the rain. Because of this, you don’t need to be concerned. The terminals on a car battery are made of non-rusting lead and are well-sealed.

It is highly unlikely that any water will enter the battery, as it is designed to keep moisture out. This means that if you have to jumpstart a car in the pouring down rain without a problem, you can do so without fear of harming the battery. Keep the battery as dry as possible while jump starting it by wiping away any extra water.

It’s feasible to jump-start a car even if its battery is dead in the rain. It only takes a few minutes if everything is set up correctly. If you’re using a battery charger, make sure the cable is well-insulated, steer clear of crossing it, and jumpstart it in a dry place. We have no control over the weather circumstances in which an emergency occurs. Jump-starting your car in the rain isn’t a bad idea.