We’ve all gotten into our cars, put our keys in the ignition, and turned the wheel, only to miss that familiar sound of the engine starting up.

When you find out that your battery is dead, you feel disappointed and angry. Or, even worse, your alternator broke.

It’s easy to jump a dead battery, but can you still start a car even if the alternator is broken? And what happens if you do?

Even though there are a few things that will affect whether or not your car will start and run for a while before dying again.

The alternator is what charges the battery of your car while you are driving.

It is also the part that makes sure all the fancy electronics in your car work.

By giving your car a jump start, you are charging the battery.

The battery never dies all the way. But it’s not enough to get the engine started.

So, if it is charged enough, it can start the engine and give it enough power to run for a short time.

If the alternator isn’t working, the battery won’t be able to hold its charge for long.

With a jumpstart, the car will be able to run its most important parts, such as the engine control unit, fuel injectors, fuel pump, and so on.

You will need to get to the mechanic as soon as possible, though, because driving a car with a broken alternator is dangerous.

How Do You Jump-Start a Car With a Bad Alternator? 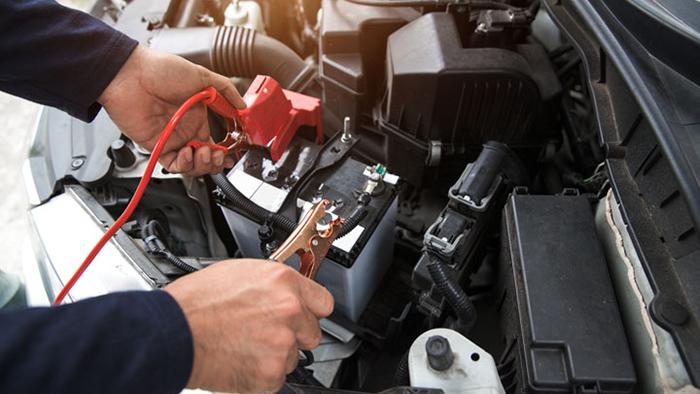 But there are some oddities you might want to know about before you start.

First, you should know that 3 minutes is enough time to charge a battery with a broken alternator. If you want to drive the car, though, you’ll need to charge it for longer than 15 minutes.

This is because the bad alternator won’t be able to make enough voltage to run the car, so the battery will drain faster.

1. Before You Start the Jumpstart

Make sure none of the cars are touching each other.

Take the keys out of the ignitions of both cars.

Note that your battery has red (positive) and black (negative) wires.

Make sure that the clamps never, ever touch.

Follow these steps to make sure that it is safe and works.

Put the RED clamp on the bad battery.

Connect the other end of the RED clamp to the battery that is working.

Connect the BLACK clamp to the battery that is working.

To ground the connection, attach the other end of the BLACK clamp to a piece of bare metal, like a bolt head, stud, unpainted frame, or nut.

With a working battery, you can start the car’s engine.

If you still want to drive the car with a broken alternator, let it run at 2000rpm for at least 15 minutes.

If the engine is cold, run it for longer.

Start the car that has a bad alternator. If that doesn’t work, give it 3 more minutes to run.

Take off the BLACK clamp on the bad battery.

Take the RED clamp off the bad battery.

Take off the RED clamp from the battery that works.

Take off the BLACK clamp from the battery that works.

5. Turn Off All Electronic Accessories

If your electronics are still running, they are making the alternator, which is already broken, work too hard.

They are also taking power from the battery you are trying to charge.

So, everything should be turned off, including the air conditioner, radio, heater, GPS, CD player, chargers, etc.

This will save power for the important parts that need the power from the battery.

It’s important to remember that you can’t jumpstart a car at night or in the rain because the headlights and windshield wipers will use up too much of the battery’s power.

6. Take the Vehicle to a Mechanic for Repair

You might not have enough time to get to the next mechanic, so drive slowly.

You should stay away from major roads and streets with a lot of traffic because your car could break down at any time.

As soon as you can, get your alternator fixed.

If you know how to do it, you might be able to do it yourself, but it’s always best to ask a trusted mechanic for help.

A remanufactured alternator usually costs between $300 and $500, which includes both the cost of the part and the cost of labour. If you need a new alternator put in, it could cost between $500 and $1,000.

It takes less than 2 hours to fix.

Is a Car Drivable With a Bad Alternator? 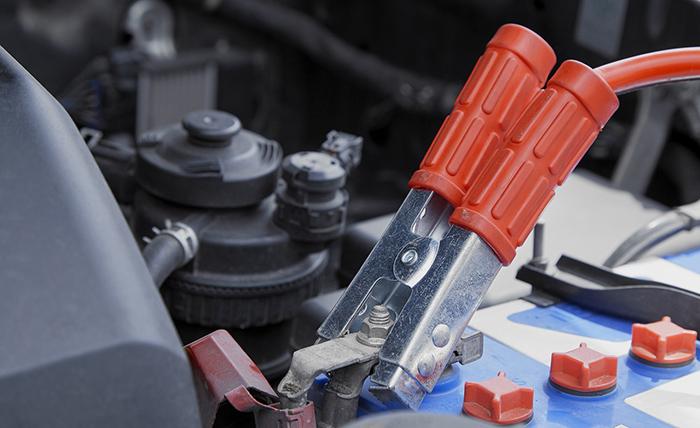 The alternator can break down all at once or slowly over time. Since there are too many things to think about, there is no clear answer to this question.

The state of your battery. If it is low or dying, you can only drive a much shorter distance.

The condition of the alternator: If it’s too broken, the car won’t go very far before it stops.

How much electricity your car uses – Too many electronics in your car will make your already broken alternator work harder.

How old your car is – A newer model would unlikely go a long distance before stalling. This is because the batteries are used more in newer models than in older ones.

Your speed: If you want your alternator to last as long as possible, you may want to drive slowly and keep the RPM low.

Once you have jumped-started your car, you should know that it can only go for 5 to 10 minutes or 7 to 10 miles.

Old cars can go up to 25 miles because they have fewer electric parts that can drain the battery.

This isn’t a long drive, so if the auto repair shop is a long drive from where you are, you might want to call a tow truck.

So, how long will a car battery last if the alternator doesn’t work? If the problem just started, it will probably be 12 hours during the day.

How Do You Tell if It’s Your Alternator or Your Battery?

If you can’t get your car to start, the problem could be caused by more than one thing.

Corrosion at the cable connection, a broken starter, a dying battery, or a broken alternator can all make it hard to start your car.

The battery is in charge of sending electric currents to the gears so that the car can start.

As the car moves, the alternator will send electric currents to the battery to keep it charged.

Here’s how to tell the difference between a battery that’s dying and an alternator that’s broken.

You should look for signs of corrosion around the terminals of your battery. If you see these signs, you might want to try to jump-start the car.

If that works, you might have found the person who did it.

You might also want to check to see if your engine is making a slow clanking sound.

This is also a sign that the battery needs to be changed.

2. Stalling After Starting the Car

Most of the time, a bad battery will cause a bad alternator.

If something is wrong with your alternator, you will:

If the output of your car stereo is acting up and other electrical problems happen,

Your lights aren’t as bright as usual or are flickering.

There is a battery light on the dashboard.

The smell of rubber or wires being burned

If your car starts and then stops right away, the problem may be with the alternator. Even after a jumpstart, this could happen.

This means that the alternator isn’t charging your battery because it’s broken.

Most of the time, your car overheats because the alternator is charging the battery too much.

The alternator’s job is to make sure that all of the electronics in the car, including the battery, get the right amount of electricity. Overcharging a battery shortens its life and makes it less reliable.

Is It Possible To Fix Scratched Rims?
How To Fix Honda Pilot Emission System Problem
4 Wheel Alignment Cost ?
How To Tell If Valves Are Bent After Timing Belt Broke