Can You Mix Air With Nitrogen In Tires Updated 01/2023

You may have heard that nitrogen can be used to fill your tyres instead of air. But does it really matter what you put inside them?

If you can believe it, there are some good things about using nitrogen to fill your tyres.

They will last longer and lose pressure less quickly.

But a lot of people wonder if they can mix air and nitrogen together.

You can use a mix of air and nitrogen in your tyres as long as you don’t put more pressure in them than is recommended. But as more air is added to the tyre, the benefits of using nitrogen will become less.

No matter how much nitrogen you put in your tyres, you won’t have 100% nitrogen in them.

When they fill them up, they use a mix of nitrogen and oxygen.

After putting nitrogen in your tyres, there will still be some air in them.

What Happens If You Mix Nitrogen and Air in a Tire? 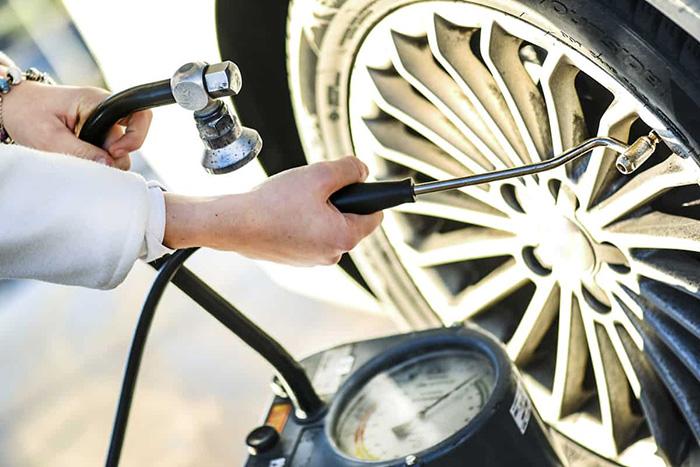 Say you filled your tyres with nitrogen and went on a road trip. When you get there, you notice that one of them is a little low.

Should you fill them with air if you don’t have any nitrogen?

Yes, you don’t have to worry that mixing nitrogen and air will hurt your tyres. Even if the tyres are full of air, it’s better to drive on tyres that are properly inflated.

Putting them together won’t hurt your tyres in any way.

But since the nitrogen will be less concentrated, it may not work as well.

Nitrogen can be helpful, but it’s more important to make sure your tyres are fully inflated. Don’t drive on them until they are completely full and at the right pressure.

That will have a bigger effect on them than what kind of gas you use.

Why would someone use nitrogen instead of air to fill their tyres? There are a few reasons why having nitrogen in your tyres makes them work better.

Everyone knows that keeping their tyres at the right pressure will make them last longer.

But once they are full, most tyres slowly lose air.

That’s why so many people drive around with their tyres under-inflated and don’t even know it.

If you put nitrogen in your tyres, that might not happen. Since its molecules are bigger than those in air, nitrogen is less likely to leak than air.

When you put nitrogen molecules into a tyre, it’s harder for them to get out.

Because of this, you won’t notice low pressure in your tyres as often if you put nitrogen in them.

Keeping the right tyre pressure also helps your tyres in a lot of ways. They will last longer if the pressure isn’t too low. Also, when they are fully inflated, they are much less likely to pop.

Even the way a car drives is different when all of its tyres are full. Because of this, nitrogen seems to be very popular right now.

It leaks less, which makes your car handle better.

If you are busy, it makes even more sense to fill them with nitrogen.

When you’re getting ready to leave, it’s not always easy to check the tyre pressure.

If you don’t always check, it would be smart to use nitrogen.

You won’t have to check your tyres as often because they won’t lose as much air pressure.

If you’ve had trouble with tyres that aren’t inflated enough, try nitrogen the next time. If you use that instead, you might not have the same problems.

Where to Fill up Your Tires With Nitrogen 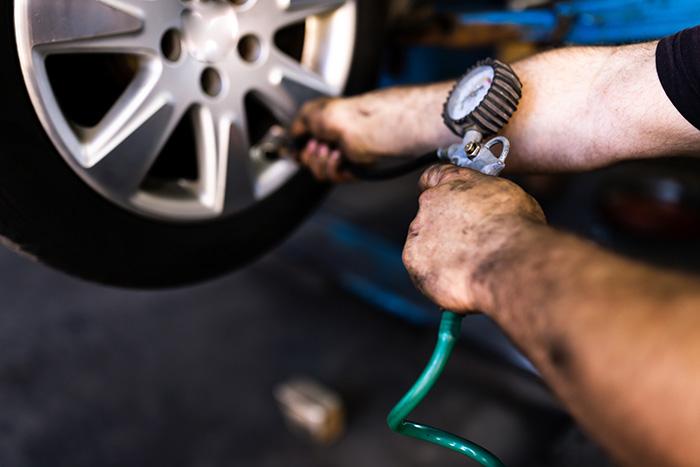 Compared to regular air, it’s clear that nitrogen has a few advantages. Where can you get your tyres filled with nitrogen, though?

There are now more places that offer nitrogen to their customers. But you might need to look around to find a place nearby that sells it.

We think you should call a few tyre shops near you to see if they have it. Most of the time, they have nitrogen to give to their customers.

If you want them to help you fill your tyres, you will have to pay them.

A dealership is another place you can get nitrogen for your tyres. You could even call the place where you bought your car in the first place.

They might be willing to put nitrogen in your tyres for free.

You can also get nitrogen at some stores to put in your tyres.

Call Costco if there is one near your home. They won’t charge you more than a few dollars per tyre, and if they’re from Costco, it’s free.

It might take a few phone calls to find somewhere with nitrogen.

But once you know where to go, you can use them more than once.

So, you should try to find more than one place to get nitrogen.

One of them may be out sometimes.

If you need to pump up your tyres, you could still go somewhere else.

How Much Does It Cost to Fill Your Tires With Nitrogen?

For most people, the biggest change will be how much it costs.

Compressed air is always cheap, and it never costs more than a couple of dollars to fill up your tyres.

And that’s how much it costs to fill all four.

If you fill them with nitrogen, you will spend more money for sure. It’s not too expensive, but it costs a lot more than regular air.

When it comes to nitrogen refills, each store sets its own prices. Most will charge between $5 and $10 per tyre.

One thing, though, makes this cost different. When you switch tyres from regular air to nitrogen, it can cost a lot more.

This is because they have to get all the air out of the tyres first.

For it to work, the amount of nitrogen in your tyre must be higher than 93 percent. Because of this, when you switch from air to nitrogen, they have to be deflated. If not, you wouldn’t get enough nitrogen to make a difference.

It can cost more than $100 per tyre to switch from regular air to nitrogen. There are places, though, where they will do it for as little as $70.

Most of the time, if you do more than one tyre, you’ll get a discount.

If you only want to change one tyre to nitrogen, it could cost you $180.

Is Putting Nitrogen in Your Tires Worth It?

When you see how much it costs to fill them with nitrogen, you might wonder if it’s worth it. You could fill them with regular air, which would cost a lot less.

Most of the time, nitrogen pays for itself because it makes tyres last longer. Since it leaks less quickly, your tyres won’t lose as much air as often.

When you drive on them when they are full, they don’t wear out as fast.

So, if you put nitrogen in them, they can last a lot longer.

It keeps your tyres at the right pressure and is lighter than regular air.

So, when you put nitrogen in your car’s tyres, it won’t be as heavy.