Can You Overcharge A Car Battery Updated 02/2023

One of the most important parts of a car is a battery that works well. After all, without a good one, the car won’t even start. If you want your battery to work better and last longer, you may be wondering if it’s possible to overcharge it.

Traditional lead-acid car batteries can be overcharged if they are left charging for long periods of time. When a battery is overcharged, it can damage the lead plates or even kill the battery. Modern lithium-ion batteries, on the other hand, have built-in circuits that keep them from being overcharged.

So, let’s take a look at some of the most common signs and symptoms of a battery that has been charged too much. 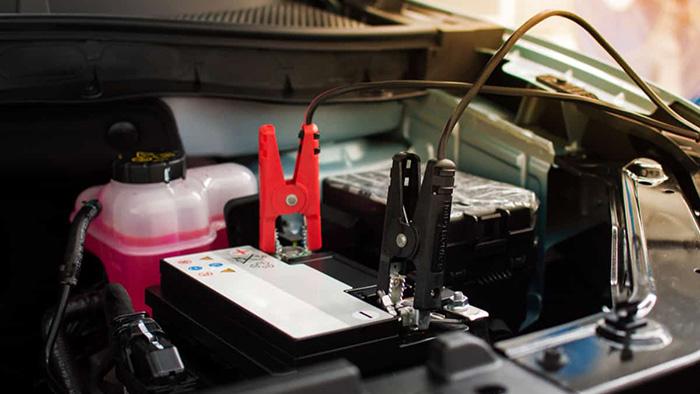 Human error is one of the most common reasons why batteries get too charged. Some car owners may choose to charge their battery even though they don’t know how to do it right. For example, if the amperage or voltage setting is wrong, the battery could be charged too much.

If the battery is left in the sun for a long time during the summer, the extreme heat can damage it. High heat will cause more problems with the battery, which will cause it to break. Make sure the battery has enough air flow and shade when it’s not being used.

The voltage regulator controls how much power goes into a car’s battery. It also makes sure that the battery gets the right amount of energy at a steady rate.

When this voltage regulator breaks, electricity flows without being stopped, which can damage cells.

Symptoms of Overcharging a Battery 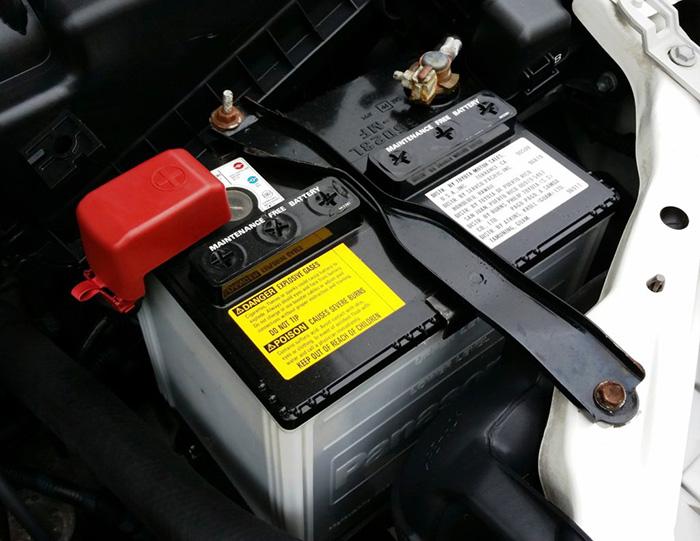 The battery should be cool to the touch if it is charging well. If the sides are warm to the touch, it may be overcharging. When we’re driving, we can check for this kind of sign every 30 minutes.

Swelling: The sides of the battery will look curved if it has been overcharged for a long time. When the battery bulges and swells because it makes too many gases, this kind of thing happens. In this case, we need to fix the problem right away.

Smell of acid: If we can smell acid as it boils off, we know for sure that the battery is overcharging. But it’s important to note that this doesn’t happen very often.

High Voltage Reading: The voltage should be measured to see if it is between 12.6V and 14V. If the reading is in that range, the car battery may be getting too charged because the alternator is broken.

When you overcharge a battery, hydrogen gas builds up, which puts pressure on the battery’s housing. Because of the pressure, the electrolyte leaks out of the housing holes. The battery fluid leaks out of the vents or filler caps.

When the car is running, we can use it to see how much voltage is in the battery. The voltage of a fully charged battery is 12.6V. The one that is not being used will show 2.1V for every six cells inside.

When I start a car without turning on the air conditioner and the lights, the voltage may rise to 14 V. If the multimeter shows a reading of more than 14.8V, we might be overcharging.

The car owner should check the condition of the alternator. The alternator helps the battery get the right amount of power when the car is running. It generates electricity and allows it to flow within the battery.

If the alternator breaks, heat makes the protective layer on the battery plates peel off. A car battery’s whole structure could be damaged by something like this.

Extremely hot temperatures can affect the condition of a car battery. During hot weather, you should park the car under a shed to stay cool. The best thing to do is to keep the car covered during the hottest time of year.

Reconditioning means giving old cells new life and making it easier for them to charge. This method is important because it saves money. Because of this, we save a lot of money compared to buying a new battery.

Also, by reusing the battery, we will be able to control waste and pollution. For example, groundwater and soil with a lot of lead can be bad for your health. Because of this, there are many benefits.

How to Recondition Car Batteries at Home

Is it possible to fix a battery yourself? Yes, we can do it from the comfort of our own homes if we follow the steps below.

We’ll need a variety of things, as shown below:

Bucket and Water that was boiled

Rubber gloves and a toothbrush that you throw away

We should always put on safety gear before we start reconditioning a battery. As a safety measure, we should use a water solution and weak baking soda to neutralise splashes and spills that happen by accident.

If the voltage reading is higher than 12.6V, the battery is in good shape. If the readings are between 10V and 12.6V, we will have to fix it.

Never throw away the oil battery acid solution before mixing 500g of baking soda powder with it to neutralise it.

Make a solution of equal parts baking soda and water. In the meantime, we can open the lids and pour out the solution from the first bucket.

Recharge the recharged battery for at least 24 to 36 hours using the 12V/2amps slow charging mode. After that, we use a voltmeter to check the voltage. If the readings are between 12.42V and 12.6V, the battery is in good shape.

We should now do a load test, which is last but not least.

How can I fix an overcharged battery?

Check the voltage regulator to see if it’s broken and replace it if it is. If the charger is broken, you should get a new one. We should not charge the battery to more than 15 V.

Can I leave the battery on the charge throughout the night?

Don’t let the battery charge for more than 24 hours. But we can get a full charge if we charge it overnight.

We have seen that a car battery can be charged too much. The way a car works depends on the state of its battery. Make sure that the voltage stays in a safe range. If there are problems with the system, you need to replace the parts that are broken.

Does Coolant Evaporate Over Time?
AAA Towing Cost 2022
What Problems Can A Loose Gas Cap Cause
What Is the Difference Between BMW 328i vs 428i?