For decades, people have argued about whether or not it’s safe and legal to pump gas while your car is running. We can’t avoid this debate because most of us drive.

Well, unless you’re only interested in driving electric cars. No matter what, you might want to know if you can fill up your car’s gas tank while the engine is running.

You can leave your car running while you pump gas, but it’s safer to put gas in your car when the engine is off. Putting fuel in your gas tank won’t hurt anything as long as there is no chance of a fire or sparks. Even though fires during refuelling are rare, they do happen from time to time.

On fuel dispensers, there are always signs that say you need to turn off your engine before getting fuel.

Today’s article looks at whether it’s safe and legal to fill up your gas tank while your car is running. Let’s get going.

Is It Illegal to Pump Gas While Your Car Is On? 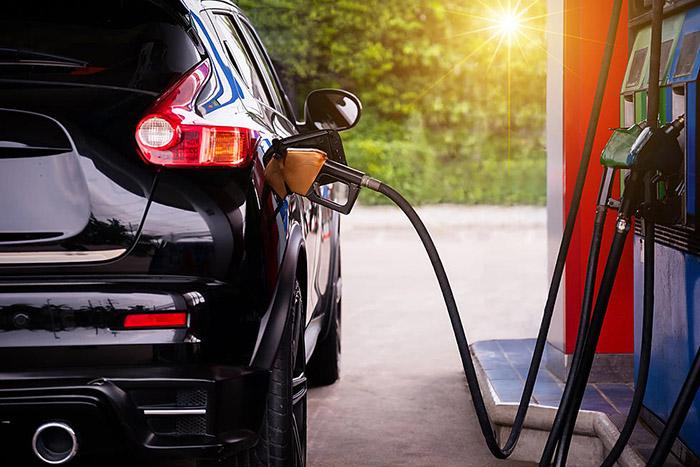 Even though it might be more convenient to fill up while your car is running, it is still against the law in most US states that follow the rules of the National Fire Protection Association (NFPA) and the International Fire Code (IFC).

“Open flames and smoking are not allowed in areas where fuel is sold,” says the International Fire Code of the ICC. During refuelling, the engines of the cars must be turned off.”

So, drivers should think of pumping gas while the car is running as more of a safety issue than a legal one.

If you’re caught doing this, you’re responsible and could go to jail if it’s clear that your carelessness caused a fire.

Also, the IFC suggests that all service stations and gas stations should have signs at each pump that say:

It is against the law to smoke near a gas station.

Touch a metal surface away from the fuel nozzle to get rid of any static charges on your body before you touch the fuel hose.

Don’t get back in the car while it’s getting gas.

If a fire starts, move away from the car right away.

Don’t put gas in portable containers while you’re in the car. Put them on the ground first, then fill them.

In any state that follows NFPA and ICC rules, it is against the law to fill up the gas tank while the car is running.

The person working at the gas station can turn off the fuel pump if they think your actions are putting other people in danger.

Unfortunately, most people think it’s fine to fill up their car while it’s running, since even police officers do it sometimes.

Millions of refuels happen every day across the country, and the chance of starting a fire while refuelling is one in a million.

The chance of this happening is low, but it’s not impossible.

Why You Shouldn’t Pump Gas With Your Car On

As we’ve seen, it’s not only dangerous but also against the law in most states and countries around the world to pump gas while your car is running.

So why is that? Is it because it could start a fire, or are the laws against it out of date?

What could happen if you put gas in your car while it’s running?

Here are some reasons why not!

About 7 sticks of dynamite can be blown up by a gallon of gasoline. And it’s even worse when a gas station fire is caused by gas.

Gasoline is very flammable, and even though gas stations have a lot of safety features, fires are still rare but very dangerous when they do happen.

Static electricity can cause gasoline fires. No one knows how many fires are started by static electricity, but the Petroleum Equipment Institute (PEI) thinks it’s about 15 per year.

Okay, that may seem very low, but it’s still dangerous, and you shouldn’t ignore it.

Static electricity usually causes fires when a driver stops at a gas station to refuel and gets back into a running car while it’s still refuelling.

When they get out of the car a second time to finish filling up, they touch the seat, the window, or even their clothes, which causes static electricity to build up in their hands.

When the synthetic parts of the car rub against each other, they create charges that move to your hands, especially in the cold, dry winter months.

If you skip the charges and just go straight to refuelling, you’ll move the static electricity to the nozzle, which could cause a spark and then a fire.

To avoid this, just touch something metallic when you get out of your car, like the door.

Also, using a wireless cellphone while refuelling is thought to cause your hands to get charged up with static electricity.

The job of the catalytic converters in our cars is to clean the exhaust gases by turning harmful gases and pollutants from the engines into water vapour and carbon dioxide.

When catalytic converters get too hot, they clean the exhaust gases less well and may start fires.

When the converter substrate gets too hot because of too much fuel, a lean burn happens.

Lean burns cause more misfiring, and the buildup clogs the converter, causing it to get too hot and reach over 2,000 degrees Fahrenheit.

The area around the catalytic converters gets so hot that even the smallest amount of gasoline can catch fire.

Types of Static Electricity Fires That Occur at Gas Stations

A report from the NFPA in December 2020 shows that people all over the country are becoming more aware of how dangerous gas station fires can be.

But the number is the highest it’s been since 2008, and we can blame drivers and gas station workers for being too careless.

When the chances of something bad happening are low, people tend to forget or ignore the risk.

Here are the percentages for the three things that can start fires at gas stations because of static electricity:

50 percent: The refueler gets back into a running car while it’s being refuelled. They don’t close the door or touch anything metallic, and they come back to take the gas pump nozzle out of the car’s fuel pipe.

29 percent: When the refueler unscrews the gas cap, the static electricity gets transferred to the car. In this case, the gasoline fumes will catch fire, not the fuel.

21 percent: A fire is caused by something else that has static electricity.

Most of the time, gas pumps will shut off on their own when your tank is full. But some drivers would want to get as much gas as possible into their tank.

In some cases, gas pumps might be broken and not notice when your tank is full in time, which could cause fuel to spray all over your car.

Also, if you put too much gas in your tank, it goes over the hole where the vapour comes in and into the charcoal canister.

Only gasoline vapours can pass through the charcoal canister and its parts, such as the valves, sensors, and tubes.

If your car takes in any liquid, it will go into a “Check Engine” state and fail any emission tests. In the end, it will cost you a lot of money to fix.

Final Remarks on Fueling Your Car With It Running

Even though fires caused by putting gas in a running car are rare, keep in mind that the chance of this happening isn’t zero.

Gas station fires happen and can be very bad, especially if they are not put out well.

So the answer to the question of whether you can leave your car running while you get gas is yes. Is it legal? It depends on the laws in your area.

No matter what, think of it as a safety issue and turn off your engine before you refuel.

When refuelling, it doesn’t hurt to take every precaution to keep everyone safe and happy.