Problems with your car can be annoying, and it’s not uncommon for a simple mistake to hurt your car.

When you fix or maintain your own car, you have to take certain steps, and battery problems are one of them.

So, can a car be started with a battery charger plugged in?

Starting a car with a battery charger attached can be dangerous in some situations, which we’ll go over one by one.

So, make sure to read this article all the way to the end so you know what to do with battery chargers and how to start your car in the best way. So, keep on reading!

What is a battery charger, and how does it work? 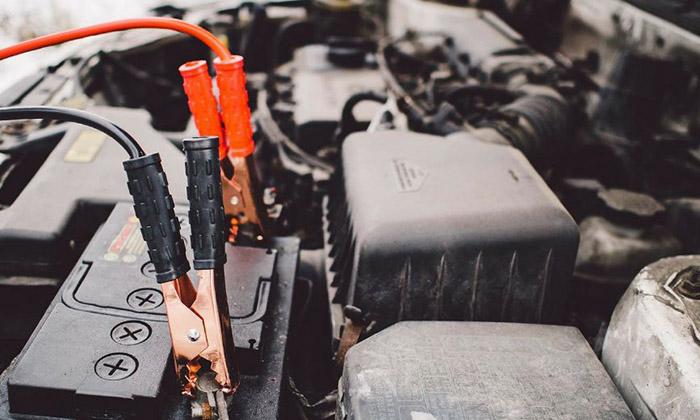 A battery charger is a device that can bring a dead battery back to life, just like a cellphone charger.

A dead battery can be charged by plugging the charger into an electrical outlet or by using a portable energy storage system.

You’ll need to make sure you get the right battery charger for your car battery based on its voltage rating and battery capacity.

Starting a car with a battery charger connected

Some very important things need to be taken care of when you are charging your battery and starting your car.

Starting your car is easy when the battery is charged and the charger is connected.

This is because the voltage needed to turn on the alternator will come from the fully charged battery, not the battery charger.

But if the battery isn’t charged enough and you try to start the car with the charger still plugged in, this can be very dangerous. This is because the car will try to get the voltage it needs from the battery charger, which isn’t usually made to keep up with that much energy.

If you need to start your car right away, it’s better to have a heavy-duty battery charger that can also jump-start your car.

Should I use an older charger or invest in a new smart charger? 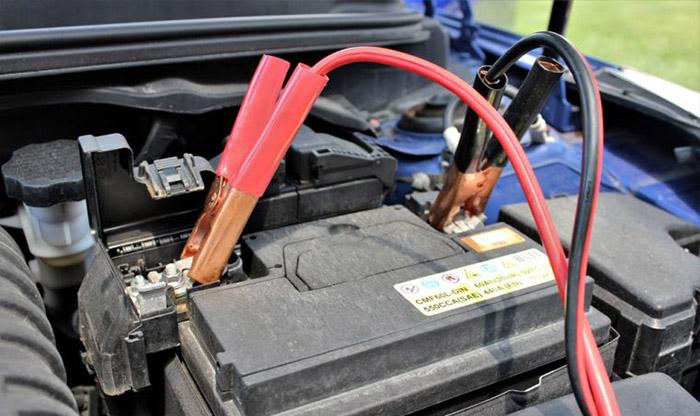 If you use an old charger to save money, you might do more damage to your battery than good.

Older battery chargers are made to keep charging your battery even after it’s been fully charged, but newer chargers have a built-in system that stops charging once the battery is fully charged.

What kind of charger is best for me?

If you want to get a charger for your car, you need to think about a few things to make sure you get the best one.

The type of battery you have will tell you what kind of charger you need.

Traditional lead-acid batteries need standard chargers, which are usually less expensive and have easy-to-use interfaces and the same number of features.

But these won’t work with AGM/EFB batteries or cars that can start and stop.

Most smart chargers are much more advanced and can charge in different ways depending on how full the battery is.

These can also make the battery last longer by switching from a full charge to a trickle charge when the battery is full.

Some newer smart chargers can also be used to charge other things, like a laptop or cell phone.

You can look through the different kinds of chargers to find the one that best fits your needs.

This helpful article I’ve linked to has a list of several different portable battery chargers. If you click on the link here, you can read it.

When dealing with your car battery, it is also important to know the difference between regular chargers and trickle chargers.

Normal chargers are made to charge your car’s battery and will keep doing so no matter how charged the battery is right now.

So, you need to make sure that you turn off the charger when the battery is fully charged so that you don’t overcharge it and hurt the battery.

On the other hand, trickle chargers use low amounts of voltage to charge a battery slowly over a long period of time.

This is best when you need to store your battery for a long time without worrying about it getting too charged.

But trickle chargers are not the same as maintenance chargers, which are made to turn off when the battery has reached a certain level of charge.

If you have a small battery charger and a dead battery, you should make sure the battery is charged to a certain level before trying to start the car.

If you’re using a regular charger, hook it up to the battery and let the car charge. Then, just to be safe, take the charger off before starting the car.

Heavy-duty chargers are better when you want to jump-start the car from the charger because they can handle the voltage needed to start the car.

So, this is the end of the article. I hope you know the different kinds of battery chargers and whether or not you can start a car with a charger connected. Best of luck!

Illegal To Sleep In Car In Parking Lot
What Kinds of Coolant Are There?
Car Hesitates When Accelerating Uphill
What Do The P1135 Codes Mean?