Should I use synthetic oil in my vehicle with a high mileage?? You’ve probably heard not to use entirely synthetic oils in older or high-mileage vehicles, but do you really want to know?

There is no doubt about it: the truth is straightforward!

What you’ve been told is a “myth,” and myths are generally untrue.. There are a slew of automotive urban legends worth debunking.

We can tell you that synthetic oils will not harm or damage your engine, whether it is a new car, a used car, or an old automobile, even if the vehicle has a high mileage.

Read on to learn more about what type of oil is best for your vehicle if you have a high mileage or older vehicle.

Should I Use Synthetic Oil In My High Mileage Car? 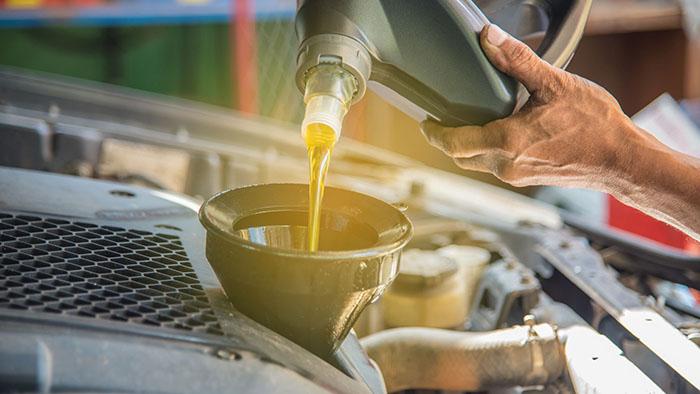 First and foremost, synthetic oils are superior than conventional oils in almost every way (from the onset). Synthetics, on the other hand, are deemed “not good” for older cars and engines with high mileage because of the additives and chemicals they contain.

Manufacturers of synthetic oils, on the other hand, have improved their products through time, and today’s synthetic lubricants may be used in any vehicle.

Conventional and synthetic oils are both made from crude oil, but the main difference is in how they are processed.

When it comes to high-mileage engines, the notion that synthetic oils aren’t suitable comes from the fact that these engines have been subjected to high temperatures and pressures, and as a result, their seals and other components may have worn out.

So now, with the introduction of synthetic oil, there is a risk that those worn-out components and seals may be washed away.

synthetics are essentially clean-burning fuels that have had their additives fine-tuned for improved performance within the engine. In contrast to this, some experts argue that high-mileage vehicles may not benefit from the use of such compounds. But here’s what you need to know about the matter.

A high-mileage engine won’t be harmed by using synthetic oils. Even if you use synthetics, your engine’s lifespan will be extended (if the car has been properly maintained all the while). Make sure to change the oil filter if you’re moving from traditional oil to synthetic oil.

A clogged or damaged oil filter can cause serious and expensive damage if it isn’t replaced on a regular basis.

Using synthetic oils, on the other hand, allows you to go longer between oil changes. This is due to the fact that synthetic oils last longer and are more efficient than conventional oils. Fully synthetic and semi-synthetic oils are the two most common types of synthetic oil.

Cars built prior to 1990 are generally referred to as “Older Vehicles.” Obviously, these vehicles lack the rigidity and sturdiness of today’s automobiles.

Conventional oil or a high-mileage oil should be used in such cars (recommended by the manufacturer or a pro auto mechanic).

Synthetics, as previously stated, are suitable for use in all types of vehicles (including older cars that were well maintained). Some synthetic oils, on the other hand, are specifically designed for vehicles with a lot of miles on them.

Castrol EDGE is a well-known brand of synthetic motor oil that is designed for vehicles with high mileage.

The subject of whether to use synthetic oil in a high-mileage vehicle has been answered in this article to our satisfaction. Be sure to heed your mechanic’s instructions, though, if he insists that you don’t use synthetic oils in your high-mileage engine for any reason (if you had always trusted his services).

If you frequently switch between synthetic and conventional oils, or blend two oils of different viscosity, we don’t advocate doing so, either. Please spread the word if you liked what you read.