You may run a comprehensive diagnostic test of your car’s air conditioning to check for these issues. A qualified automotive technician can do this service for you at home or in the shop of your choice.

What problems does the car AC compressor have? 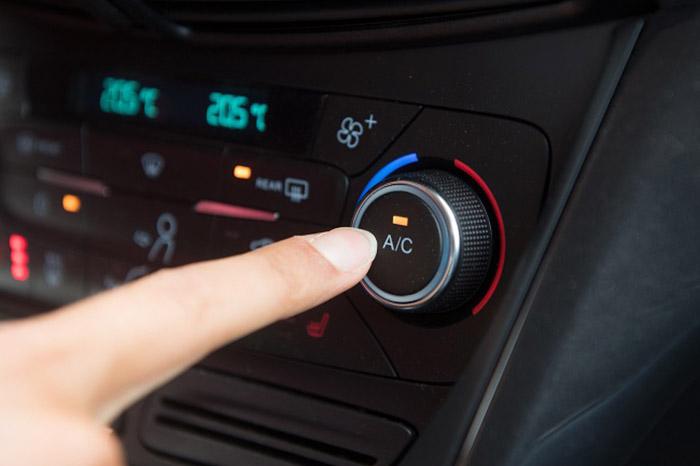 AC compressor malfunctions can be detected by the sound of the air conditioning system when it is on. Since your AC system’s compressor is its beating heart, it’s very likely to be the root of many other issues.

When an air conditioner malfunctions, it’s more likely that the compressor will make a loud noise.

Compressor lubrication is among the issues that can arise. In many cases, the compressor is not moving as freely as it should because there is not enough oil running through it.

Compressor drive pulley bearing problems are indicated if the air conditioning compressor continues to make noise even after it has been turned off. As a result, a strange hum can be heard, and a bearing failure is not far away. Other repercussions may include a shattered pulley.

The connection coil might burn out and cause refrigerant leakage if it has a faulty bearing. If you’ve noticed a strange noise under the hood and after turning off the AC, it’s time to inspect the bearing.

The voltage your car’s AC receives from its battery should also be taken into account. As a result, when the air conditioning system reaches a level that is a little too high for its own benefit, the compressor may fail.

A typical click is not heard when the rotor shaft and electromagnetic clutch come into contact when you turn on your air conditioning system.

The refrigerant pressure in the system may be inadequate (or perhaps too high), which could be the source of the issue. When this happens, the compressor is shut off by the pressure control sensor.

When you switch on your car’s air conditioning, you may hear noises from the system. An initial clicking sound is typically heard when the AC is turned on and the compressor has just begun to operate.

Another prevalent sound is the sense that your car has two working motors, one created by your engine and one produced by your compressor.

The compressor will run occasionally, for a few seconds, and then cease and reactivate at a later date.

What problems does the car AC condenser fan have? 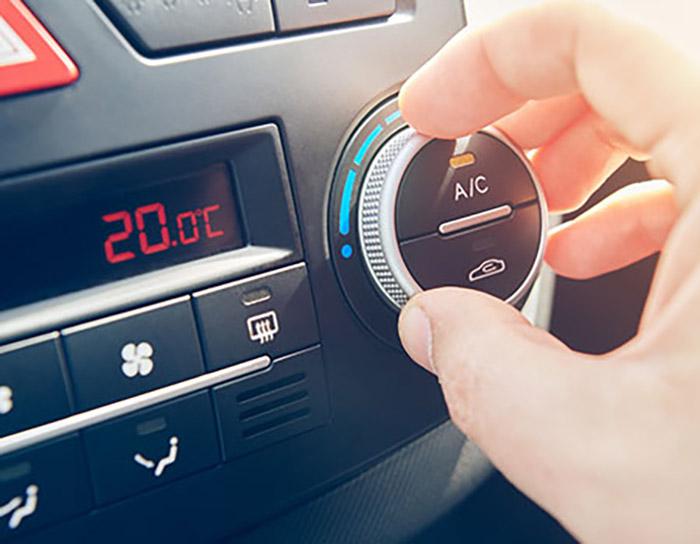 In order to maintain a cool interior, the condenser fan pulls heated air from the AC system and expels it to the outside. In most cars, the condenser is placed near the engine in the front or back of the vehicle.

The condenser fan is the source of your AC’s strange noises and decreased cooling efficiency since it allows heat and humidity into your system.

Why does the car AC evaporator get dirty?

The air conditioning system in a car is extremely complicated. The evaporator is the part of your car that cools the interior. It’s easy to clean and keep in good working order. There are risks involved if you don’t do it correctly, however.

Humidity or engine debris can cause the AC system to become clogged over time, resulting in a buildup of grime. However, if you clean it properly, once a year should be enough to keep your air conditioning filter in good working order.

What problems does the car AC evaporator coil have?

The evaporator coil is in charge of transforming the liquid refrigerant into a gaseous state for transport. As a result of this, it is sent to a condenser, from where it is pushed out to the outside, by way of the radiator.

As time goes on, your AC’s evaporator can become clogged with dust and other debris that may have gotten into your engine. You don’t need to hire a repair business to clean and maintain it.

Automobile air filters should also be replaced because they might become dirty or clogged over time owing to humidity or dirt particles in your car. Replace the AC air filter. It is strongly advised that this filter be replaced once a year.

How to eliminate the strange noise in the car AC system?

You should avoid attempting to repair your car’s air conditioning system on your own, even if you know where the noise is coming from and what caused it.

Compressor failure might be detected by the whistling, whining, rumbling or other noises that occur when the temperature control system is turned on.

Adding a few drops of oil to the compressor can solve certain problems quickly. What a large percentage of car owners do in this manner. That may be fine for a short period of time, but it will eventually lead to a breakdown.

Repairing the problem is preferable, but installing a new one is preferable still. This may be expensive, but it’s worth it in the long run.

What Are The Differences Economy Vs Compact ?
Can I Mix 0w40 and 5w40 Oil?
Is It Illegal To Sleep In Your Car In Illinois
VW Touareg Or Nissan Pathfinder