Swelling is a less common problem with automobile batteries. There are common swellings in some types of lead acid batteries, including gel batteries, however these do not impair the batteries’ ability to run at their optimal settings. You should inspect and fix an overinflated battery if necessary, but it is not always an issue.

It is possible to repair a bloated battery in both cases, but this is not always the best answer as a car battery’s ability to work properly will be lessened, and the best solution to this problem is the replacement of a new battery.

Why do car batteries swell? 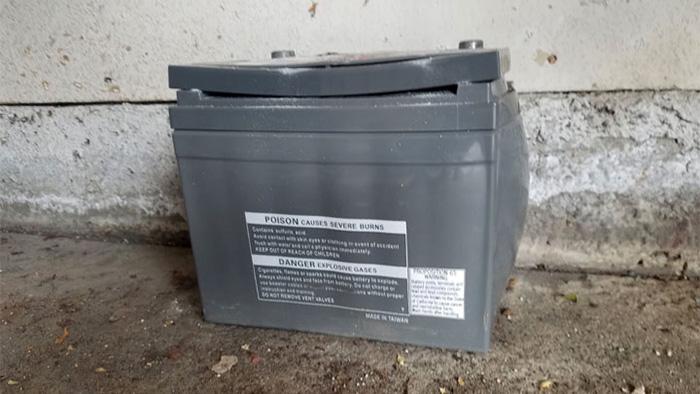 Most of the time, a swollen battery is the result of electrolyte that has been frozen or boiled. On one side or the other, they can have a bulge. Even if the battery still has warranty coverage, it will almost certainly not be replaced at no cost if the operating conditions have been violated, which is a bummer.

Why does a car battery swells at low temperatures?

A frozen electrolyte can produce swollen battery cells during freezing weather. The liquid expands when it freezes, causing the battery sides to bulge.

The electrolyte’s freezing point is 60°C or 76°F. The liquid will freeze at 24°C or 11.2°F if the density of the electrolyte reduces below 50% of the battery charge. Between 7°C and 10°C or 19.4°F and 14°F, the battery can bulge if the battery is almost completely depleted.

In winter, the reduction in density is a normal result of the air cooling. Undercharging is also a problem throughout the winter, when people use heating systems and lights more frequently. The electrolyte density and battery charge must be carefully regulated in the winter.

Why do car batteries swell at high temperatures? 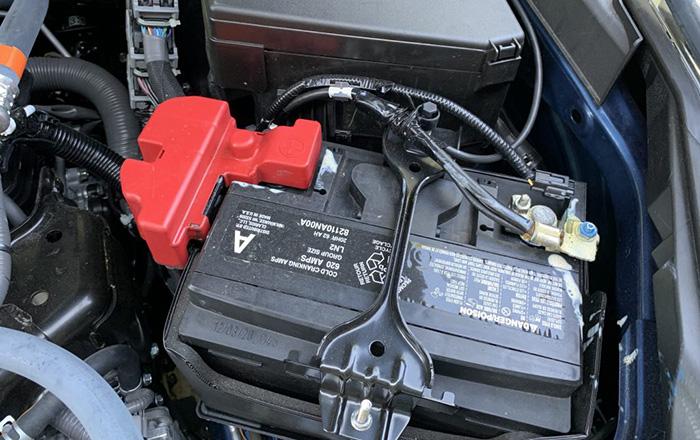 Hydrogen and oxygen are produced in the battery during electrolysis. The strength of gas generation is temperature dependent, and a gas exhaust system is employed to remove these gases.

As a result, the battery expands since these gases are not expelled. The exhaust system is clogged with dust, dirt, or other contaminants, and this is to blame. Another possibility is that high temperatures or a malfunction are causing gasses to form.

How does the battery’s gas flow process change?

Can a swollen battery be fixed?

This problem can be fixed, but it’s not recommended. There is no alternative except to acquire a new battery if there is any damage to the battery body or plates.

Defrosting and recharging a battery using a frozen electrolyte can eliminate swelling. Temperatures of 19-22 degrees Celsius (66-73 degrees Fahrenheit) are required for this.

After it’s warmed up, charge the battery at a modest current, no more than 10% of the battery capacity, for example, 6 amperes for a 60 ah battery;

An electrolyte boil when recharging is an obvious sign that the battery plates are damaged.

Evidence of a recharged battery includes a battery with a high voltage and no swelling of the battery walls. After that, look for any fractures in the battery that could allow electrolyte to leak.

Afterwards, check the battery’s voltage; if it’s lower than 12, the plates have been ruined.

You can clean a clogged gas exhaust without removing the battery because the openings are frequently clogged from the outside. In addition, the pressure caused by hydrogen and oxygen when they are released is not great enough to injure or explode.

Even if you are successful in cleaning, recharging, or defrosting the battery, it will not function as it did previously, making a new battery the only viable option.

How to prevent the car battery from swelling?

Preventive actions, such as cleaning the battery terminals and the gas exhaust system, are essential to minimizing battery bulging. Avoid battery drain as much as possible in cold weather.

Removing the battery and storing it someplace warmer is the best course of action if you don’t plan on using your car much during the winter months. Another smart technique to keep your automobile running at a lower temperature is to start it frequently.

For current leaks, it is a good idea to keep an eye on the battery. Don’t forget to check the alternator as well.

You must act quickly if your battery becomes bloated. Continuing to drive with this battery issue is not recommended, especially if the acid is seeping onto other parts of your vehicle. As I stated earlier, if you manage to repair a swollen battery, it won’t perform the same way it did before.

Who Makes Supertech Oil
Can I Use 5w20 Instead Of 5w30
Differences Between 75w90 Vs 80w90 Gear Oils
What Does the Cruise Control Light Look Like?