Basically, an alternator generates power from the vehicle’s components and recharges the battery. Mechanical energy is converted to electrical energy via the alternator.

When starting a car, the battery’s energy alone will not be enough to power the engine if the alternator is not present or has been tampered with.

If you want to keep all of your car’s electrical systems running at optimum efficiency, you need an alternator that can charge and maintain your battery.

Even when the alternator is in good working order, the car battery can nevertheless fail to charge. There will be no power in the ignition system if the automobile battery isn’t charging, and therefore the engine won’t start.

Why doesn’t the car battery charge even if the alternator is good?

Even if your alternator is in fine working order, if you’re having trouble charging your battery, it’s possible that the wiring system, the ECU, or even the battery itself is defective or old. 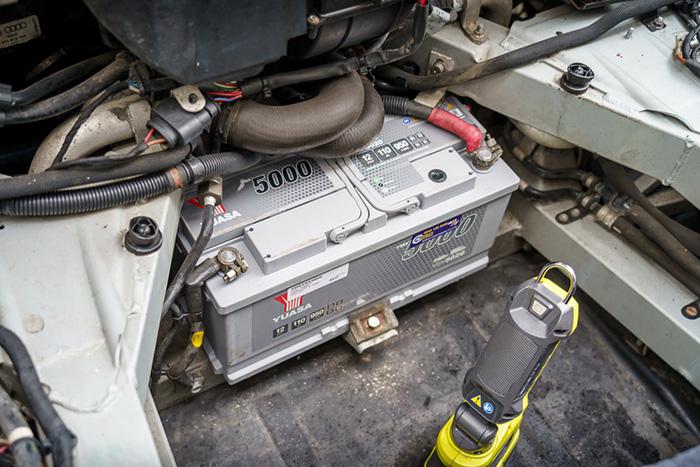 These are some of the reasons why a good alternator might not be enough to keep the battery charged.

The alternator gets its power from a variety of automotive parts. The generation of electricity can be halted with the simple disconnection or cutting of a single wire.

As a result, unless the wire is replaced or repaired, the alternator will not be able to charge the battery. Battery connections might become loose as a result of engine vibration.

Batteries and alternators might lose electrical contact if a battery cable is damaged or loosened. Other wiring issues, such as an ungrounded neutral, can cause electrical issues with the charging system.

2. There is a consumer that drains your battery

Headlights left on while the car is parked can cause a dead battery, but other sources can also drain the battery, especially if the car is parked. This means that the battery won’t be able to charge as quickly as it should. You must track down and eliminate the source of the problem.

When the engine is turned off, the Bluetooth kit and interior illumination must be turned off as well. The battery can be drained if these parts do not shut down properly.

Battery failure can occur when an automobile component requires a live power connection to retain a specific setting, which might cause an unexpected drain on the battery.

3. Too old or damaged battery

The lead acid battery in a car typically lasts between three and four years. To put it another way, defective or worn batteries bloat, causing the acid in them to leak out or even corrode.

Sulfation, which damages the interior plates of old automobile batteries, is also a problem for newer batteries. Sulfation can be reversed at an early stage, although all lead acid batteries are susceptible.

For the most part, all of the car’s parts and components are controlled by a central computer system. Furthermore, because the ECU is also in charge of the alternator, a defective one could prevent the battery from charging. The Check Engine light may come on, or the engine may stall as a result of an ECU issue.

When utilizing an external battery charger, it is necessary to make sure that the positive and negative leads are properly connected to guarantee effective charging.

Depending on the type of battery, the battery charger may not be the best option for charging. As a result, if something goes wrong, the battery won’t get the power it needs.

Symptoms that tell the driver that the battery is discharging fast

To start a car with a dead battery is usually inconvenient. The problem can be avoided, however, because a depleting battery will always send warning indicators to the driver so that he or she can avoid problems.

Here are the signs that a driver can look out for if their battery is going flat.

Solutions for a discharging battery with a working alternator 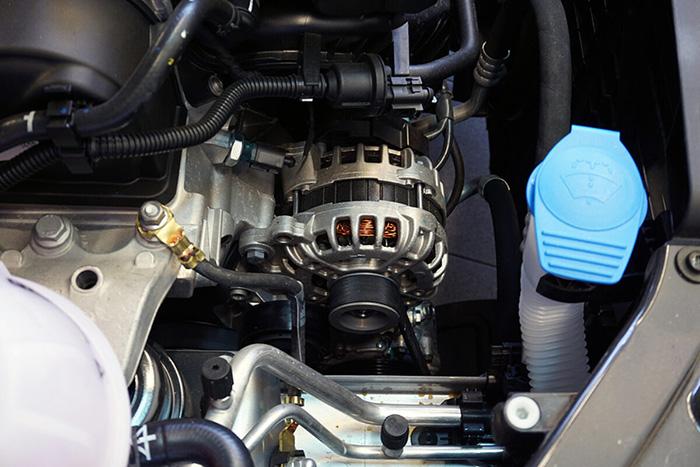 Despite the obviousness of battery charging issues, it might be difficult to pinpoint the core reason. First, inspect the entire electrical system to see if there are any problems.

Discharging batteries can be accomplished in a variety of ways, but the simplest is to have the vehicle inspected by a mechanic, who will locate the source of the problem and make the required repairs.

In addition, there are other options, such as

Some automobile batteries can cost up to $700 to replace based on the type of battery, technology in the vehicle and where you go to get it done.

How do I know if my alternator is not charging my battery?

If you notice any of these symptoms, your alternator isn’t charging the battery.

Is there a fuse between the alternator and battery?

A high-amperage fusible link or fuse is almost always present between the battery and alternator’s batteries.

Even with a strong alternator, the batteries in an automobile might occasionally fail to charge. Despite the inconveniences, this is a fact of life.

Wiring problems, a broken battery, a battery power drain, a computer error, and external battery charger troubles are all common causes of a depleting battery with a good alternator.

Minivans With Stow And Go Seats
Oklahoma Tint Laws That You Need Know
2017 Nissan Gt-R Bookings Open
Prius Won't Turn Off: How to Turn Off a Prius