When you’re driving and your car stops working, it can be scary, especially if you don’t know why. There are many things that can cause a car to stop running or lose power.

When a car stops running, it could be because of a more serious problem, like a blown head gasket or a broken timing belt.

Before calling a mechanic, you should still open the hood and do a few simple checks.

7 Reasons why a car can die while driving

There are a lot of things that can go wrong with your car while you are driving. Some are harder to figure out what’s wrong with or fix than others.

Most of the time, you won’t be able to fix your car on the side of the road, but if you need to call a tow truck or mechanic, it’s good to know what went wrong.

Here are some of the most common things that can go wrong with your car while you are driving.

1. Fuel is not getting to the engine

The fuel delivery system must be able to keep up with the engine’s needs, especially when the car is speeding up.

For fuel injectors to work properly, they need a steady supply of fuel.

Fuel can’t get to the engine for a lot of different reasons. The most likely reason is that you’re out of gas. It’s one of the main reasons cars break down, and it’s also one of the easiest things to fix.

A bad fuel injector, a bad fuel pressure regulator, or water in the fuel can also cause an engine to stop running. If there is water in your gas tank, it will act the same as if your fuel injectors were broken. Some of these are a drop in overall performance, a jerky engine, and the engine stopping.

2. The timing belt has broken or slipped 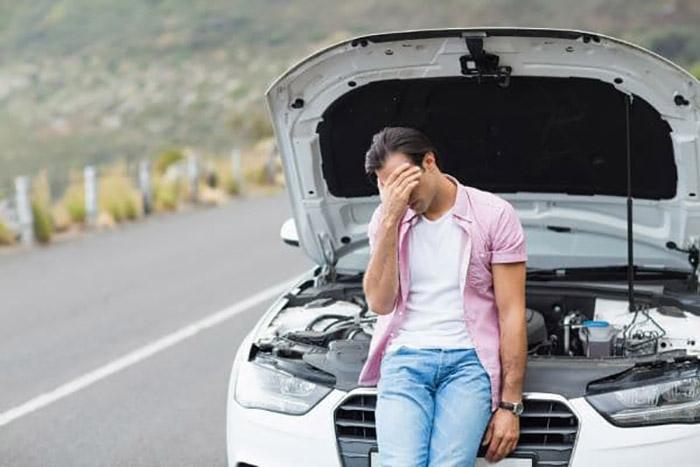 A broken timing belt is another very common reason for a car to stop working while driving. Your car can show signs of a bad timing belt even before it breaks.

If the timing belt is stretched, the engine will make less power, especially when it is under a heavy load. It can also make the car use more gas than it should and cause the engine to misfire often, which can cause the car to break down on the road.

If the timing belt breaks all the way, the engine will stop and won’t start back up again. If the engine is a “interference engine,” a broken timing belt can do a lot of damage to it. This is especially true if the belt breaks while you are driving.

3. The engine has overheated

The engine getting too hot is another common reason why a running car will suddenly stop. Overheating can happen for many reasons, but most of the time it’s because there isn’t enough coolant in the engine or there’s a problem with how the coolant is being pumped around the engine.

A broken water pump, a broken timing belt, or low pressure in the coolant system can all stop the flow of coolant. If the water pump is broken, the engine will overheat, coolant will leak, and steam will come out of the engine bay.

4. The car battery has failed or is not accepting charge

Modern cars are full of electronic systems and gadgets that use up power from your car battery all the time. Before it starts to break down, the battery in your car will be charged and drained thousands of times.

When the car’s battery light comes on, it means that the battery is having trouble. This might show up on the dashboard for a few weeks or months before it becomes a big problem.

When fully charged, a battery should have about 12.6 volts, and when the engine is running, it should have about 14 volts. If the voltage is less than 10 volts, the engine management system could be affected. This can hurt the engine’s performance and even cause it to shut off, especially when the car is idling or going slowly.

5. The Alternator has failed and is no longer charging the battery 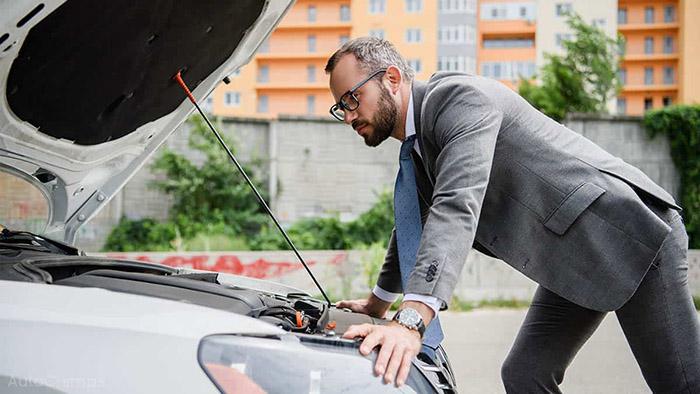 The alternator gives your car most of the electricity it needs when you’re driving and also charges the battery. Before the engine dies, the first sign of a bad alternator is when the ECU notices that the alternator isn’t putting out enough power. This will turn on the dashboard light for the car’s battery.

Most of the time, the alternator gives the battery between 13 and 14.8 volts. If the alternator is broken, the car won’t start, the headlights dim, the charging system warning light comes on, and the engine dies.

When you turn on your car’s engine, the battery will lose about 3% of its charge. This leaves a lot of power to start an engine back up if needed or give extra power when needed.

But it’s very important to top off the battery’s charge while the car is running. If you don’t, the battery will lose most of its remaining charge, which could make the engine act strangely or even stop.

6. The auxiliary serpentine belt has broken or is badly worn

If your serpentine belt breaks while the engine is running, it could also kill your car.

If the belt on the alternator is slipping or has broken, the alternator won’t work and the battery won’t get any power. A battery light that comes on and off could be caused by a slipping alternator belt.

Some cars have a belt that only turns the alternator (and sometimes the air conditioning). On some cars, the water pump is also driven by the auxiliary belt. If any of these belts break, it can cause the engine to overheat, which can kill the engine.

7. A Bad engine sensor can cause the engine to die while running

Your car’s engine depends on a number of sensors that send real-time information to the engine management unit. A bad sensor in the engine can make a car stop working while it is being driven.

When it comes to how well an engine works, some sensors are more important than others. These are the mass air flow metre (MAF), the crankshaft and camshaft sensors, the manifold pressure sensor, and the fuel pressure sensor.

If one or more of these sensors don’t work, the engine won’t run as well as it should and may shut off or die. If there is a problem with an engine sensor, the check engine light may flash on the dashboard before the engine stops running.

Can You Mix 5W30 And 5W40
Audi R8 Getting Porsches 2.9 Litre V6 Engine
How To Check Oil Without Dipstick
Are You Allowed To Have Tinted Windshield And Windows In Michigan?