Leaving your automobile outside in temperatures above 35 degrees Celsius (95 degrees Fahrenheit) is a bad idea, especially in the summer, when the weather is scorching.

Our car, too, has to deal with the heat of summer when the temperature increases to 30 35 degrees Celsius (86 95 degrees Fahrenheit) in the shade outside. Temperatures in the shade can exceed 40 degrees Celsius (104 degrees Fahrenheit), so a car that doesn’t adhere to certain care guidelines will break considerably more quickly, making it a lot more difficult to fix.

1. Park the car in the natural shade

Finding a parking location in the natural shade is the best option. In this context, we’re talking about trees as a whole. The only exception to this rule is if there are trees on your street that allow you to park under them. No need to ponder whether 25°C (77°F) is a reasonable temperature for a car parked in the shade or 50°C (122°F) or more for a car left in direct sunlight. The greatest way to protect our car from the sun’s harmful rays is to use natural shade. However, we don’t always have trees that are laden with green leaves.

2. Park the car under an artificial shade.

There are shaded spots hidden behind tall buildings, in garages, and behind a variety of apartment complexes. Natural shadows are preferable, but these are a step in the right direction. In certain places, the sun only shines for a short time before it is replaced by the shadows.

When the afternoon sun is at its worst, consider where you want to park your car so that you may take advantage of any available shade. When driving to work, look for spots where natural or man-made shade can be found. Leaving the car in the sun when you arrive at work is preferable to leaving the car in the shade when you leave since you know that the car will not be too hot when you return home.

When there is no artificial shadow to park in, what do we do?

Anti-sun solutions when the car is parked in direct sunlight 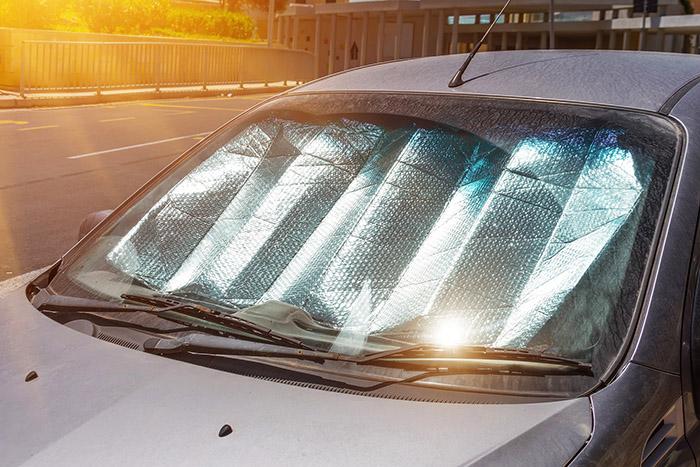 It’s difficult to park the car in the shade when we have nowhere else to put it, so what do we do?

Do we have any options for ensuring the maximum safety of our automobile?

Starting with a tint on all windows or transparent UV-protected ones with a darker rear side and a lighter front side, although this is illegal in most countries, it does not hurt. Despite the fact that it is not permitted, some people choose to install transparent tint on their windshields. It has no effect on the driver’s visibility, but it shields the interior of the vehicle from the sun’s rays.

In addition, while it’s hot outside, all vehicles must be parked under a parasol. The primary function of this parasol is to shield the board from the elements. The side windows or the rear window can be installed if the car is not equipped with factory-installed foil, parasols, or curtains.

Initially, I found it amusing that people would cover their seats with sheets or towels, but in the sweltering summer months, this truly works. Particularly if your furniture is covered in leather.

Use a blanket to shield the leather chairs from the sun’s rays. You won’t have to scream in agony as your flesh chars, and you won’t be afraid to get behind the wheel.

When we have to park the car in the sun, we have one more option: open the windows a few inches. All four windows are included in this discussion. Because the air inside the automobile will get unbearably hot if the windows are left completely closed, but the air will circulate and ventilate if the windows are left slightly cracked. We shouldn’t be concerned that we’ll run out of vehicles since no burglar is too busy to open a car and steal it the old-fashioned way.

The sun and gasoline … are not friends

Have you ever heard a sizzle like opening a bottle of Cola when you open the gasoline tank cap?

This indicates that the tank was pressurized. Also, that level of pressure is to be expected, as a small amount of fuel vaporizes during combustion. There is an issue with this mechanism of fuel evaporation during heatstroke. Because gasoline evaporates more quickly in hot weather, the pressure in the tank rises dramatically.

One liter of gasoline is lost per week when an automobile is left out in the sun. Because of this, it’s unnecessary to ponder if utilizing the air conditioner and evaporative cooling would result in higher usage when it’s hot. Although many blame the air conditioner for rising energy use, evaporation is to blame.

A less typical influence of the sun is on the electrical grid. Older cars with metal tanks are more likely to suffer from this problem. A malfunctioning overflow valve might cause it to distort or swell as fumes build up. That’s why it’s a good idea to open the tank cap from time to time, but not all the way.

Cracks in the car dashboard 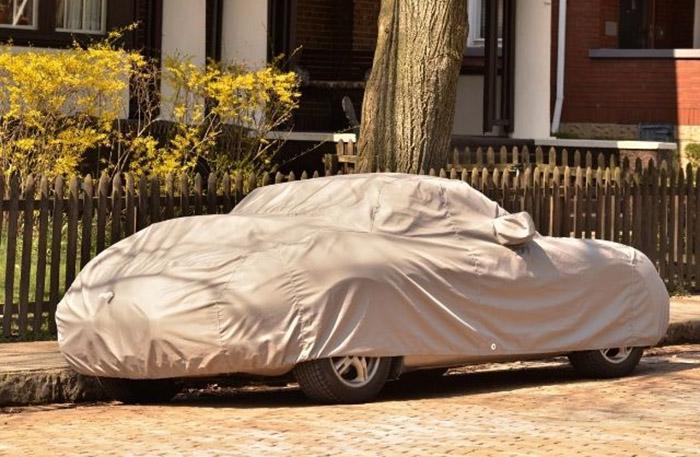 What the sun and mild heat do on the board has an additional influence on the interior as well. There are various plastic parts in automobiles, some of which are constructed of decent materials and others of poor quality. Cheap automobiles typically contain poorly cast plastic parts made from materials that melt easily.

The board’s air intakes, air ducts, and air hoses split like burnt sugar, as did the air hoses leading to each board outlet. Due to the extreme heat, the plastic hardens and becomes brittle.

These obnoxious noises emanate from here, and we don’t know where they come from or how to fix them. After a few years, the dashboard’s plastic elements begin to break down; some contract, while others fracture and make noises.

When the car is left in the sun, the leather seats and steering wheel will degrade with time. Cracks and dryness can occur if leather is not properly cared for and isn’t regularly lubricated with particular solutions.

The driver’s sweat, which has been salted, is put into touch with the salt, and the process repeats itself over and over again.

As soon as the leather is exposed to the elements, such as a sweaty hand on the steering wheel or salt on the leather, the leather begins to degrade and eventually break.

Because of the sun, I haven’t seen many seats with cracked leather. The sun’s rays have a far greater impact on upholstery than normal wear and tear.

All that means rubber

Rubber is another substance that is not at all hospitable to the sun’s heat. As a further example, we’re referring to rubber found in the joints, such as the shock absorber and planetary bellows. As long as coolant circulates, only those parts that are built to withstand high temperatures are safe, but they would likewise dry out if there was no coolant.

Faster deterioration of rubber parts is caused by the high temperature. Because they’re going to bake and crack eventually. Before the hot season arrives, it is important to apply a thick layer of oil to the underside of the automobile as well as the arms and suspension.

Even a brand-new automobile can have unexpected cooling issues during rush hour, especially if we’re in a busy area and moving at a sluggish pace. This is due to the hot asphalt on that stretch of road, which may reach temperatures of up to 100 degrees Celsius (212 degrees Fahrenheit) when the sun shines directly on the engine hood.

Temperatures in the engine compartment might rise to 150 to 160 degrees Celsius if the air conditioner and compressor are still functioning (302 320 F). You’ll argue that a thermostat and a fan are standard equipment in a motor and radiator.

They do exist, but there is a cap on how far they may go. In addition, a new car’s cooling system may have issues in extreme temperatures because the thermostat just replaces the extremely hot coolant with one that is equally hot.

Even if you’re driving at a very low pace, the air is still able to cool the hood of the automobile. Because of this, the fan and thermostat are forced to work overtime when there is no movement.

So how do we protect our cars from extreme heat in summer?

To begin, mounting solar foil to prevent UV radiation is unnecessary. We won’t have to deal with the traffic on the highways. Although I’ve spent a lot of time on this, I’ve come to a simple conclusion. nothing will break if you place the automobile in the shade. Soak it in the sun and you may expect a lot of hassle.

How Long Do Honda Civics Lifespan?
What Is The Difference Between the V6 vs V8 Mustangs?
What Is A Smaller Muscle Car?
How Many Miles Can A Ford Edge Last