If you’ve ever been driving a car and noticed that it lost power while you were accelerating or just driving normally, there are a few things that could be wrong. Many of these are caused by bad maintenance or wear and tear from age or use. Most of the time, a loss of horsepower is caused by the wrong flow of air, fuel, and compression.

It can take time to figure out why your car loses power when you accelerate, but our list has eleven obvious problems to look for that could be slowing you down.

Mechanics know that power loss can be caused by problems in three key areas of the engine bay: the sensor, the actuator, or the mechanical parts. Whether your car has a gas or diesel engine, if one of these three things goes wrong, it can affect how much power it can give.

Read on to learn the top 11 most common reasons why a car loses power when accelerating, whether it has a gas or diesel engine: 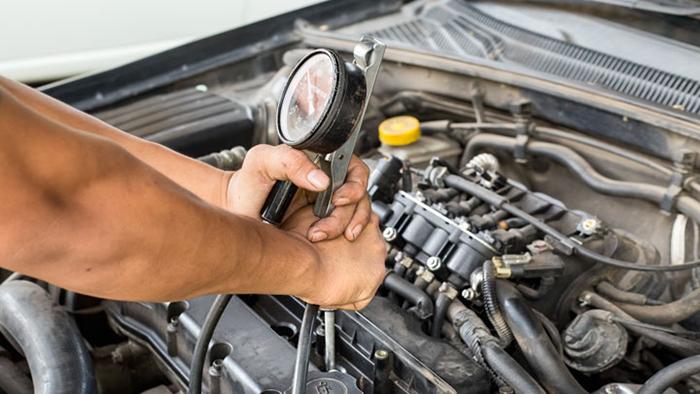 Modern cars with electronics can have problems with their sensors. Loss of power can be caused by the camshaft position sensor, oxygen sensor, crankshaft sensor, mass air flow (MAF) sensor, and any other sensor that works with other parts of the electronic fuel injection system.

Camshaft position sensors are common in both gas-powered and diesel-powered cars made in the last few decades. Their job is to keep track of how fast the vehicle’s camshaft is going and send that information to the electronic control module (ECM).

In modern engines, different sensors send information to an ECM. With the camshaft position sensor, the speed of the camshaft is measured and sent to the ECM, which can then adjust the timing of the spark plugs and the fuel injection.

Sometimes, though, a camshaft position sensor can break, so the ECM can’t get this information about the speed of the camshaft. If this happens, the engine won’t work as well, and it could stop working altogether, leaving you and your passengers stuck on the side of the road. The good news is that replacing a camshaft position sensor is usually one of the less expensive repairs an auto shop can do once the problem has been found.

Mass airflow sensor (MAF) problems only happen in vehicles with gas engines. The main job of the MAF is to measure how much air is going into the engine. As it is a sensor, it also sends the information to another computer called the Powertrain Control Module (PCM). Since air is a key part of how well an engine works, this information is used by the module to keep track of the load on the engine.

If the mass airflow sensor breaks down, it’s not surprising that the engine’s performance will go down.

The oxygen sensor, which measures the amount of exhaust gases leaving the engine, is another sensor that can cut power when accelerating. Its failure can affect the way both gas-powered and diesel-powered cars run. The oxygen sensor sends information to the electronic control module (ECM), which checks the exact air-to-fuel ratio in the engine in real time.

The oxygen sensor is not in the engine bay like the camshaft position sensor or the mass air flow sensor. It is only in the exhaust system. It’s there because not only does it help with emission control, but it also keeps the fuel injection and engine timing systems working well.

If the oxygen sensor broke, the electronic control module wouldn’t be able to get accurate information about the amount of air and fuel in the engine. Since this sensor is all about emissions, it would have a bad effect on the environment and make the engine run worse overall. 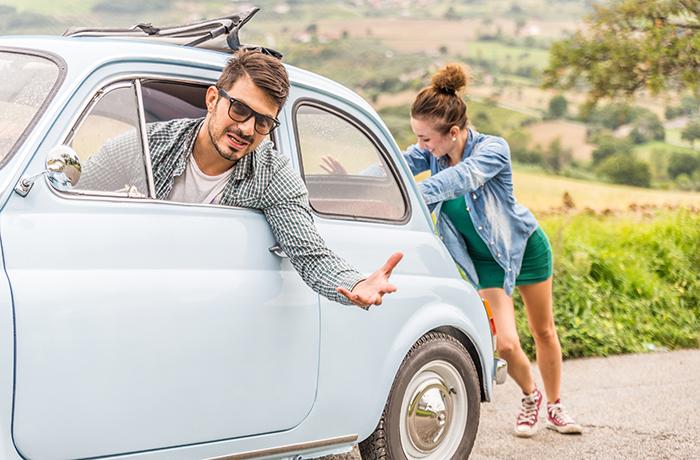 Most cars and trucks with gasoline engines from the last 40 years and some diesel common rail engines can have problems with their actuators. If your car has a broken injector, a broken fuel pump, or just old, worn-out spark plugs, this can also make it lose power.

Spark plugs are used in gasoline cars, and if they are used past their useful life, they could cause problems. Spark plugs are important because they are a key part of the process of how an engine burns fuel.

An electric spark must ignite the mixture of air and fuel in the combustion chamber. For this to happen, the ignition coil sends an electric signal to the spark plugs. If the spark plugs aren’t working right, the engine won’t run as well and may not start at all.

If you just read the fourth cause of losing power when accelerating, you know that the ignition coil is essential for sending the electrical signal to the spark plugs, which can light the combustion chamber.

Again, this only applies to cars with gasoline engines. Ignition coils are an electronic part of the ignition system. Their main job is to turn 12 volts of power into 20,000 volts, which is what the spark plugs need to light the mixture of air and fuel in the engine.

Without the ignition coil, the engine would lose power, making it hard to speed up and sometimes even hard to start.

Bad fuel injectors are another problem with actuators that can happen in gasoline and some common rail diesel engines. In the 1980s, injectors became more common and took the place of carburetors, which were also used to send fuel to the engine.

Fuel injection systems are found in most cars and trucks today. Still, they tend to break down or get damaged over time, which limits how much power you have to use the engine to its fullest potential. A bad injector can be found when the engine misfires, won’t start, runs rough, or the RPM needle moves around.

In a gasoline engine, the fuel pump has two main jobs. The first is to deliver fuel at the right pressure so that the engine can run at its best. The second is to move gas from the fuel tank to the engine.

Since fuel is such an important part of combustion, a broken fuel pump will make it hard to accelerate and cruise, and it might even be hard to start the engine.

Any car or truck with an internal combustion engine can have problems with the way it works. If your car’s exhaust manifold is clogged, if you haven’t taken care of things like a dirty air filter or a clogged fuel filter, or if it has a more serious problem like low compression, you may lose power when you accelerate.

Since we just talked about how fuel injectors and fuel pumps can affect acceleration, it only makes sense to include fuel filters on this list. The fuel filter is between the fuel injector and the fuel pump. Its job in the fuel system is to filter out any dirt or other junk that comes from the gas tank. In this case, only clean gasoline should go into the engine.

If a fuel filter gets clogged or broken, it won’t be able to send cleaner gas to the engine. It could also let in contaminants that can hurt the engine if they don’t get filtered. You would lose acceleration, and your car would not work as well as it used to. None of this is worth it because replacing a fuel filter is not only easy for a do-it-yourself mechanic, but it’s also cheap.

Air is just as important as fuel for the internal combustion cycle, and the two must mix during the compression stage of the four-stroke cycle for the engine to work. A home mechanic can also change the air filter for a low cost and as a do-it-yourself project. The air filter’s job is to send clean air to the engine and keep out things like dirt from the road and bugs.

When the air filter gets clogged or broken, dirt and other particles can get into the engine and cause serious damage. A clogged air filter will stop the right amount of air from getting into the cylinders to allow for normal combustion. This will reduce the amount of power you have to not only speed up the car, but also keep it running. Air filters don’t have to be changed as often as oil filters. Some automakers say that, depending on the number of miles driven, a regular used car’s air filter can stay the same for up to four years. Some air filters, like a K&N, can be used more than once and are easy to clean.

After the fuel and air have been squished together, the gases have to go somewhere, and exhaust pipe technology has gotten better over the past few decades.

Most exhausts have both a muffler and a catalytic converter, which are two types of filters. The second one changes the harmful gases that come out of the engine into carbon dioxide, water, and oxygen, which are much safer. On the other hand, the muffler just cuts down on the noise coming from the exhaust.

Clogged exhaust systems are especially bad for turbocharged engines, but in general, the power is always limited if the pipe or filters themselves were clogged. It would make the car have less power and not move as fast.

In a car with an internal combustion engine, cylinder compression is the most important part of how your car moves. Low compression can hurt the power of an engine and make it less reliable. It could be the most serious problem on this list that affects the way power is delivered. Low compression can be caused by things like bad piston rings, a blown head gasket, holes in the piston, a broken timing belt, or valves that leak.

Any of these things can leave you stranded with a big bill that could include the cost of replacing the engine.