Your automobile is making some strange noises, especially while you’re driving slowly. Is this anything you should investigate? Fortunately, you aren’t the only one who feels this way. For years, automobiles have been plagued by rattling noises emanating from various sections of the vehicle.

If you hear a rattle sound coming from any section of the automobile, whether it’s the engine, the front wheels, or the back, you know something’s wrong. Low oil levels, faulty car parts, worn brake components, and malfunctioning catalytic converters are the most common culprits.

We can’t emphasize enough how important it is to take any unexpected noises coming from a car seriously.

A thorough knowledge of the reasons and potential solutions to these automotive problems is necessary, though. 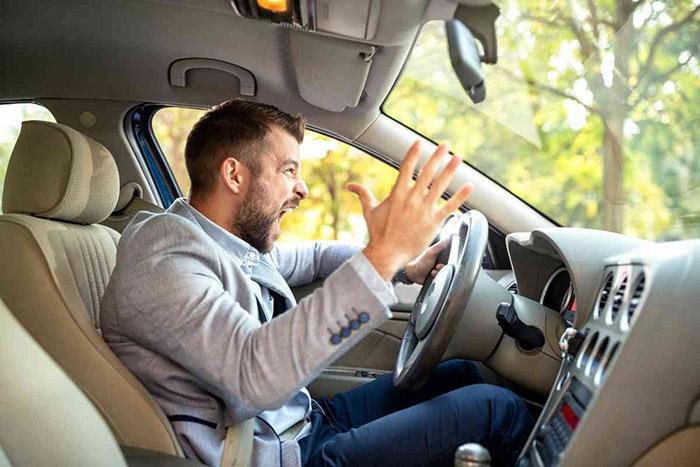 Corrosion is the primary cause of exhaust system early deterioration in your vehicle. This causes the system’s critical components to loosen or break down.

Any time the engine moves, the parts hanging loose under the chassis will rattle, making for a noisy ride. In most cases, the rattling is not too bad, but it grows louder as you go faster. As the rattle becomes uncomfortable over time, you may begin to avoid driving your automobile.

Replacement of damaged hangers is the most appropriate solution for loose exhaust components. The price of exhaust hangers is roughly $30, but the labor charges might rise to $120. It’s also possible to have other exhaust parts inspected for potential problems.

To reduce the impact of automobile emissions on the environment. Before they enter the atmosphere, pollutants are broken down into less dangerous substances using catalytic converters, which automobile manufacturers install in their vehicles.

The catalytic converter, like any other automotive component, is susceptible to failure. Overheating and collision could cause the emission sieving equipment in the converter to malfunction. Pieces of the device remain in the convertor and rattle around as the vehicle travels.

The sound resembles a can of marbles rather than a machine. Catalytic converters rarely need to be replaced, but if they do, it’s a simple and quick procedure. Before you replace the converter, it’s a good idea to figure out why the old one failed in the first place.

If you need a new catalytic converter, the cost might vary greatly depending on the make and model of your vehicle. 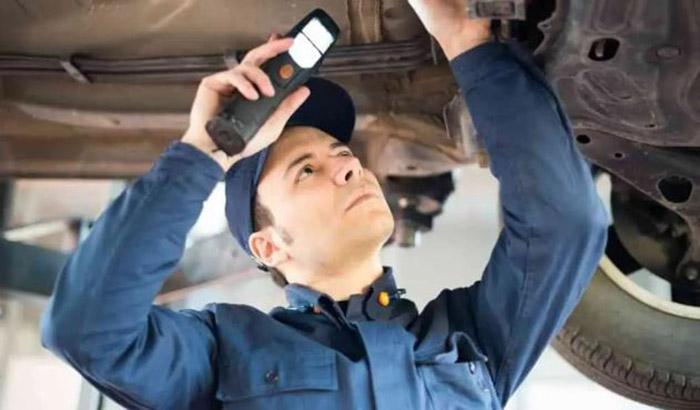 The exhaust systems of automobiles generate a great deal of heat, and this heat must be kept away from other automobile components. Heat shields are put around the exhaust system to keep the heat from damaging other sections of the vehicle.

It is possible that the heat shields are corroding because they are constantly exposed to muck and water. Eventually, the weld joints are eaten away by rust, causing the parts to rattle against each other.

Most of the time, mechanics weld back rusty joints when the damage is minor. However, if the rust has permeated deeply, you may need to replace the shield.

The cost of a new heat shield is $160, and the cost of labor varies from garage to garage.

Vehicles’ braking systems are put to extreme strain every time they come to a halt. There are just a few stops in the system that can cause it to fail. You don’t want to hear rattle noises from loose brake components and a shaking vehicle.

Your mechanic can install anti-rattle chips, but if the damage is extensive, you may need new brake parts. They’re inexpensive anti-rattle chips They may only charge you for the time it takes to do the task.

The oil level should be checked if your car creates rattling noises in the engine region. The hydraulic valve lifter performs erratically when the oil pressure drops. Despite the fact that the rattling isn’t audible, a trained ear can detect it.

Refill the oil and attend to the leak or burning issue.

Most of these problems occur in older vehicles. It’s possible that the piston and cylinder are worn to the point of no longer fitting together. The noise is most noticeable while the engine is cold, and it gets quieter as it warms up.

Changing the piston and cylinder will solve this issue and prevent further harm to your engine. However, the price is prohibitive, and it’s debatable if it’s worth it.

Is It Safe To Drive With Rattling Noise?

Do not tolerate rattling sounds coming from the hood or back of your vehicle because they are a sign of underlying problems. However, the fact that the exhaust hanger is loose will not allow you to skip your promotion appointment.

You will be able to make a more informed decision about whether or not to continue driving if you know what is causing the rattling sounds.

Why Is The Front Of My Car Rattling?

It is possible to find the source of rattling sounds in a car’s engine compartment or beneath it. If there is a loose component in the front wheel brakes, they will rattle until you can no longer tolerate it.

What Causes Rattle Sounds In The Car’s Rear?

The exhaust hanger at the back of the car is a common source of rattling noises. Being exposed to rust and corrosion because of its placement makes it unnecessary to replace it more than twice in a five-year period.

Can Low Oil Cause Rattle?

The engine requires lubricating oil in order to operate at its best. Moving elements of the engine are kept lubricated thanks to the oil pump. The oil level may drop unexpectedly if there are any leaks or overheating.

The oil pump will draw air into the engine if there is no oil in the system. If the oil isn’t changed in a timely manner, this can generate rattling noises.

When you don’t know what’s causing rattling noises in your car, it’s easy to become alarmed. When you know what’s wrong and how to solve it, the anxiety goes away. Many solutions exist for rattling noises, but understanding how car systems work makes them easier to implement.