Every time you start your car, a number of things happen. When the spark plugs light the engine, the crankshaft and pistons start to move. But fuel or gasoline is what makes most cars run.

For this to happen, your car’s combustion needs to get the right amount of fuel and air. The best proportion is 14.7 to 1. That means there is 14.7 times as much air as fuel. This is not an easy ratio for your car to keep up. When it doesn’t work right and lets too much fuel into the engine to burn, we say that your car is running rich.

It means you are driving a lot and using a lot of gas. Sensors are used to control the mixture of fuel and air in cars so that more fuel doesn’t leak out. They put sensors on the fuel injectors, airflows, and places where emissions come out.

Signs that your car is running rich 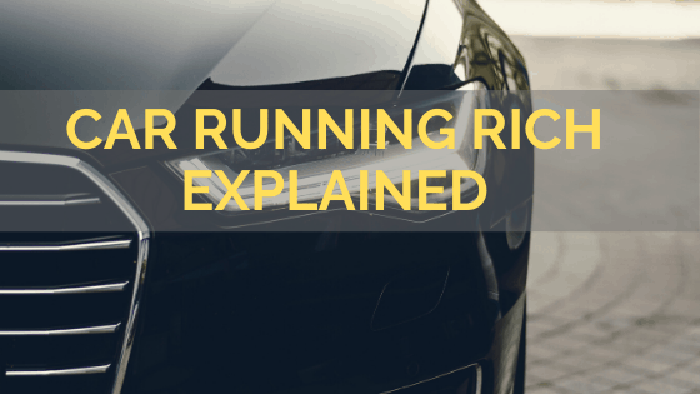 As long as you are driving, you and your car should be the same thing. Your car will send you messages that you need to understand correctly.

Most cars today have computers built in. If your car’s “check engine” light comes on, it means that the engine is having trouble running. Check for error P0172 if your car has an onboard computer. This error means that the gases coming out of your tailpipe are full of gasoline.

It’s easy to see how it works. Your Engine Control Unit (ECU) has instruments that gather and store information. The manifold absolute pressure checks how much fuel and air your engine is getting. Oxygen and mass airflow sensors are two other types of sensors. If there is a problem, the check engine light will come on because these sensors send information to the ECU.

Your exhaust tailpipe will be giving off a strong smell. A smell like rotten eggs. It means that the extra fuel isn’t being burned. As fuel leaks from the manifold into the exhaust pipe, the combustion process does not work well.

Your car has a part called a catalytic converter that burns up extra emissions. But when the fuel mixture has too much fuel, it can’t do much to burn off all the fumes.

You may notice that your tank of gas isn’t going as far as it used to. It shows that you are using more gas than your car needs. It is normal, though, for your car to use more gas in the winter. When it’s cold, your engine has to work a little harder than when it’s warm.

The engine is really cool. To get it to work, you only need four things. Air, fuel, compression, and an electric spark. If the engine isn’t running well, it can only be because one of these parts isn’t doing its job.

If the spark is good and the compression is fine, this can mean one of two things. Too much air or fuel is getting out of the combustion chamber of your engine.

Carbon monoxide is made in small amounts by your car’s exhaust pipe when it runs. It’s not strange. And all cars in most states have to pass a set carbon monoxide test. If your car doesn’t pass the emissions test, it means it’s running too rich.

Carbon monoxide is unhealthy for you. If it gets into your car, where there isn’t much air, it can hurt your nervous system.

When your car is idling, the RPM gauge will sometimes give you strange readings. Your car will also shake more than it should. It’s often a sign that the engine isn’t running well. It means your car is burning too much fuel.

When your engine runs rich, carbon builds up at the end of your spark plugs. The soot will move to other parts of the engine and hurt them. The catalytic converter doesn’t like dirty air.

Carbon deposits come from unburnt fuel. When the extra fuel goes into the catalytic converter, it has impurities in it. Soon, you will have to take it apart to clean it or get rid of it. 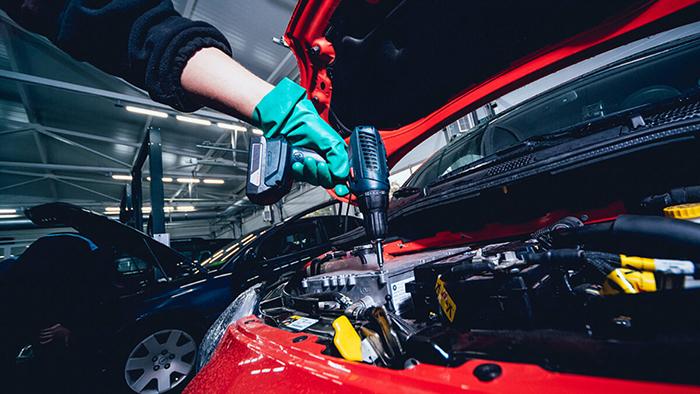 If you think your engine is running too rich, check to see if any of the following parts are broken.

There are oxygen sensors in the tailpipe. They measure the amount of air and fuel that is burned. If the sensors find an unbalanced mix, they tell the ECU about it. The ECU fixes the problem with the next time the engine fires up. A broken sensor won’t make this car run too rich.

Its job is to measure how much air goes into the engine. After each burn, the sensor figures out how much air and fuel are needed. If it is blocked or broken, the engine of your car will run rich.

It’s a very important part of your engine. It tells what the pressure is like inside the intake manifold. It breaks down over time, like most sensors. When it’s broken, it sends the ECU wrong information. This can cause the engine to use more gas and run less efficiently, among other things.

To run well, a cold engine needs more fuel. The temperature of the engine should be measured by the engine coolant temperature sensor. Then it figures out how much gas to put in the engine. If this is broken, your car will run rich because the fuel won’t be controlled.

Fault in your fuel pressure regulator

This fault usually affects the way the engine burns fuel, which could make the engine lose power. If you want to know if the fuel pressure regulator is the problem, your car will show the following signs.

Your engine starts to misfire, and you lose speed.

Black smoke is coming out of your tailpipe.

Fuel leak from your exhaust pipe

Spark plugs that are dirty

Temperature problem with your car’s intake

Check out this article if you want to know when you should change your gas – How long does gas stay good for?

When this happens, the engine of your car may sometimes make a knocking sound. Or your ability to speed up will slow down. If the temperature sensor is broken, you should replace it right away to keep the engine from having serious problems.

It’s easy to fix the fuel-air mixture. You can find out what’s really going on if you want to. You need to keep an eye on how the following parts of your engine work. Once you know what’s wrong, you can fix it before your engine stops running.

The flap in your car’s air duct acts as a choke for the engine. When you start your car’s engine, the air duct should be partially open. It doesn’t fully open until the engine has been running for a while. If your car doesn’t do these things, you should take it to a mechanic.

If your vacuum lines are loosely connected and the hose pipes are leaking, your car will run rich. If there’s a leak, you’ll hear a hissing noise. If you think there is a vacuum leak, listen for a hissing sound. Sometimes the sound of your engine may cover it up.

Over time, mass airflow sensors pick up dust. If they get clogged up with dirt, your car will run too rich. You can clean the sensor yourself, then put it back in place when you’re done. You can clean it yourself without much trouble. You can always call a professional to help you clean.

If cleaning the sensor doesn’t work, try putting in a new one.

If you’ve checked the above items and found no problems, the problem is likely with your oxygen sensors. If it’s broken, you’ll need to replace it with a new one. It is a sensitive area, so you should probably let a mechanic fix or replace it.

Spark plugs that are worn out don’t make sparks. It means that the gas won’t burn the right way. So, your car will have a lot of carbon emissions, which will make the engine feel rough. If you change your plugs, this problem might go away. If it doesn’t, take your car to a shop where it can be fixed.

When you think your car is running rich, the best thing to do is to run diagnostics. But preventive maintenance is still the cheapest and most effective way. Your car needs regular maintenance and replacement of worn-out parts. This way, your car will always be in great shape.

If you can figure out why your car is running rich, it is not a big deal. As you can see, there are many things that can cause your car to run rich. After you’ve done good diagnostics, you can work on some of these problems. Some problems need to be found and fixed by a professional.

It might be hard to keep track of all these signs. If so, you should always have your car’s manual with you to learn more about it. To keep your car’s engine from getting worse, only replace parts that you know are broken.

How To Identify Transmission By Vin
What Is The Darkest Tint You Can Legally Get In TN?
How Long Can I Run My Car With Too Much Oil
Best Car Battery Brand