It’s never a good thing for your car to turn off while you’re driving, no matter how old it is or how new it is. It’s one thing for a dead battery to keep your car from starting in the morning. Even in really cold weather, it makes sense that your car wouldn’t start. But when your car suddenly turns off while you’re driving, it can be scary. And you worry about it. What could be wrong with your car that it would do something like this?

Here, we’ll talk about the 5 most common reasons why your car might turn off while you’re driving. This could happen on a neighbourhood street or on the highway. Even how fast you are going at the time doesn’t matter. When something is wrong with your car, it may shut down as a way to keep you safe. It might not feel like this when your car breaks down in a jam. We hope that the problem isn’t a big one.

We’ll talk about why your car might act this way. We’ll also say a few words about what you should do if your car breaks down while you’re driving. Keep in mind that safety is the most important thing. This includes your safety and the safety of your passengers as well as the safety of other drivers.

What are the Reasons Your Car Breaks Down While Driving? 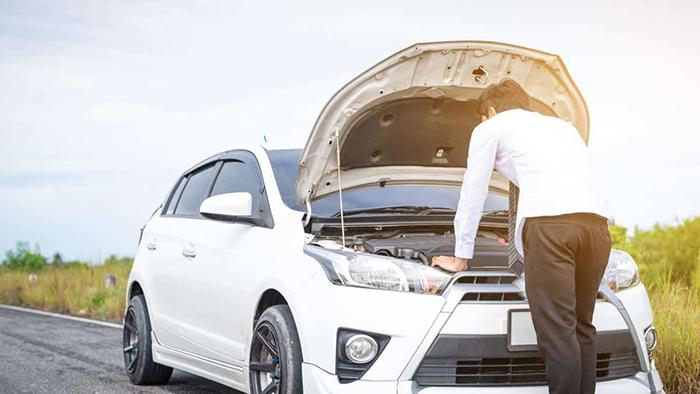 There are five main reasons your car might turn off while you’re driving. Some of these are signs of small problems, like not having enough gas. Some of them are signs of a much bigger, more expensive problem.

No Fuel in the Tank

You might think, “Why would I ever let my gas tank run out?” You’d be surprised at how often this happens, though. On a long road trip, you might not realise how far the next gas station is. Or, the fuel gauge might be broken. Especially with some of the older cars, this is the case. Even though older cars don’t have electronics, the fuel gauge may be broken. The gauge can give bad readings after a while. Or, you may know that your gauge is broken but have no idea how low your gas really is.

This is a good reason to always keep an extra gas can in the trunk of your car. If your car breaks down, you can put enough gas in it to get to the next gas station or auto repair shop.

Even though a gas tank that is empty can be annoying, it is at least easy and cheap to fix. Your alternator is not like this. Getting your alternator fixed will cost at least a few hundred dollars if something is wrong with it. And, unlike some other car problems, you don’t get a warning when your alternator is about to break. Your car turns off while you’re driving, which is how you find out.

The electrical signals in your car are sent by the alternator. If your alternator is broken, your engine won’t get any power. Over time, this can happen slowly. The next time you let your car sit, like at a red light, it will turn off. If you think your alternator is acting up, it’s best to make sure your battery is charged before you leave, especially if you’re going on a long trip.

Your Sensors are Going Bad

Like the alternator, the sensors in your car control how electrical signals move through the car. This can be a problem because most new cars are almost entirely electronic. If one of your car’s sensors breaks, you could lose power to many parts, including the engine. You can’t really take care of this on your own. You shouldn’t mess around trying to figure out what’s wrong either. Chances are, you’ll mess up your whole electrical system, and fixing it will cost you a lot of money. This is one thing that is bad about new cars. They may have a lot of cool features, but they depend so much on electronics that a broken sensor can throw the whole system off.

Your Fuel Pump is About to Blow

Fuel gets to your engine through your fuel pump. Your fuel pump can get dirty or clogged over time. If this happens, the gas won’t get to the engine. This can make your car turn off while you’re driving. This is why you should have your car serviced and maintained regularly. So, they can clean out your fuel pump and make sure your engine is getting enough gas. If your fuel pump does go, it is an expensive fix. But any licenced mechanic can fix what needs to be fixed.

Is Your Ignition Switch Damaged?

What Should You Do if Your Car Does Shut Off While Driving? 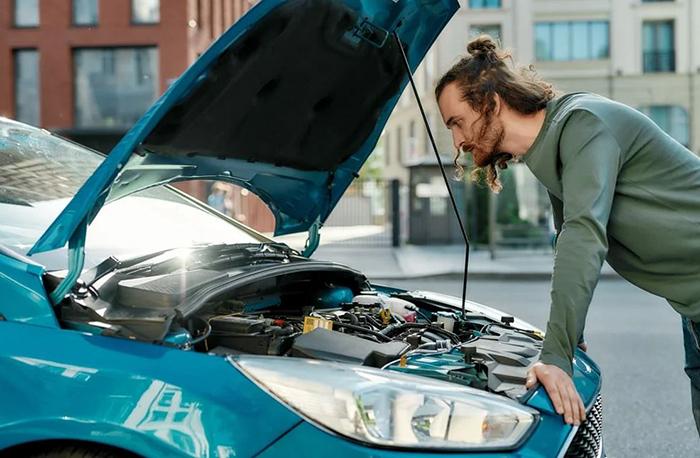 Try to start the car again. Sometimes things just happen. Let’s say it’s very cold outside. If it’s too cold, your car might just shut down. Pull over to the side of the road and try to start it. If it does – great. Go home, but don’t forget to take your car to the shop. You need to make sure that your car doesn’t have any major problems. Also, you don’t want something like this to happen again in a week.

Turn on your flashers. You should do this whether you’re on a busy highway or a road. This not only lets other cars know you’re there, but it also makes it easier for emergency vehicles to find you. If you call AAA or a towing service, keeping the flashers on is the best way to tell them where your car is. Even if your car has no power, your flashers will still work. Then, once your car is taken to safety, you can worry about getting it fixed and finding out what it’ll cost to fix it.