Life happens, and you can’t help but leave your automobile sitting for an extended period of time. A car that’s been sitting for three years isn’t much use. Let’s find out what’s going on. And so, after three years of sitting, what happens to a car? Your vehicle will suffer internal and external damage as a result of your inaction. There are a lot of things that need to be checked and repaired before you can drive your car again.

Let’s get into the nitty-gritty of a car sitting for three years. Afterwards, we’ll discuss the damage it will cause and what we can do to rectify it. Let’s get started now.

Three years of inactivity on a car might lead it to deteriorate. It is imperative that you thoroughly inspect your vehicle before attempting to start the engine and drive it. Cars need to be driven every now and then in order to keep their parts and engines competent and of high quality. Three years of neglect will necessitate costly repairs.

For an automobile to sit around for three years is a terrible thing. Use it on a regular basis to keep it fresh.

Is It Safe to Start a Car After 3 Years? 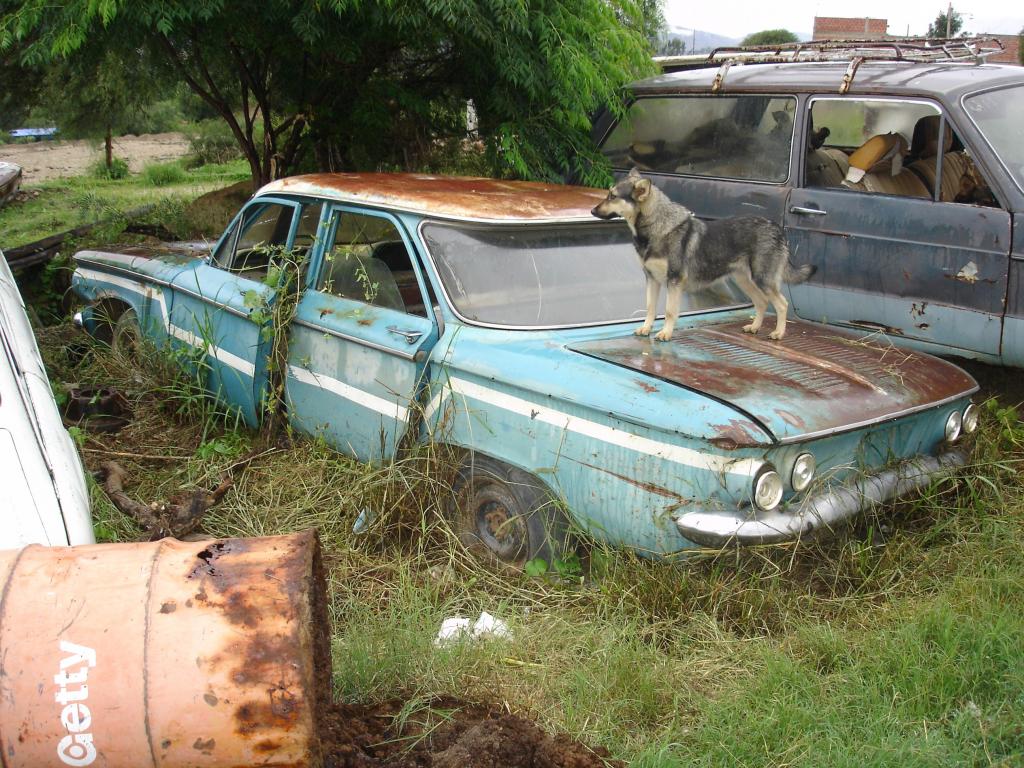 A car’s structural integrity can be seriously compromised if it is left unused for three years. The automobile will still run and function, but it will not start on its own. You’ll want to double-check a few items. You’ll also need to replace other stuff. The battery in your automobile could go dead. There is a very good chance that the engine will not start if you try to start it because the battery has already died.

You may need a new battery or assistance in jump-starting your vehicle. No matter what, trying to get your automobile to start will cost you time, effort, and money. The fluids will also have to be taken care of. ‘ After sitting motionless for three years, you can’t expect fluid to retain its efficacy. Replace these fluids when necessary. When discussing fluids, we are referring to any and all fluids. A new gas will be required. You’ll also have to change the oil. In addition, your engine may be in need of repair. Taking this kind of a risk is quite hazardous. As a result, starting a car after three years is not safe. Unless you take a lot of care, it’s not going to be safe.

What Happens When a Car Sits For 3 Years?

Even if you need to put your car into storage for an unplanned period of time, such as three years, you put it in jeopardy. When an automobile sits for three years or more, it’s normal to expect modifications and damage.

Let’s get into it now. After a period of three years, several things can happen to your car.

1. Your Car Can Be Damaged By Animals

If you leave your car parked for years, it will become a haven for wildlife. Your car or car engines could be infested by rats and other pests, causing damage in the process. The wiring and other sections of the engine have been destroyed and eaten by pests in many cars that have lain inactive for a long period of time. These are serious issues. This needs to be addressed by a professional mechanic. You can’t drive a car if the wires and electrical wirings have been destroyed or eaten.

2. Your Car’s Battery Can Die

When it comes to your car, you’ll also want to keep an eye on the battery. A car’s battery will deplete or die if it is not used for several years. To retain its normal state, the battery must be recharged while driving or driving while the engine is turned on.

The battery will die and be drained if the engine is not started for a long period of time. If you leave a battery out in the cold, it will eventually die. You’ll have to spend money on this, and your time will be wasted. Your car’s battery needs to be replaced before it can be started and run again.

3. Your Car’s Physical Appearance Can Be Deformed

A car’s exterior and interior faces are included in the term “appearance.” Another consideration is the color of the paint. You may need to re-paint your car if the paint wears down. A few pieces in your car may also need to be replaced in the long run due to rust. As also, you don’t want your car to have any rust on it!

4. Your Car’s Tires Can Go Flat

Because it hasn’t been driven, you might assume that a car can’t go flat. Contrary to popular belief, if an automobile isn’t put into motion and kept in motion, it will preserve its original shape and condition. The tire’s air pressure will drop as a result of inactivity. In addition to inspecting your vehicle’s tires, you’ll also want to make sure they’re in good condition. Inactivity can lead to tire deflation and flattening.

5. Your Car’s Brakes Can Get Rusted

It is possible for your car’s brakes to rust if they are left unattended. Rust can build up in your car’s brakes if you leave it parked for three years. Because it’s hazardous, it must be fixed right now. Using corroded car brakes is a no-no.

What Do You Do If Your Car Has Been Sitting For 3 Years?

Getting your car back on the road after a three-year hiatus requires a lot of preparation. You must ensure that the old gas is pumped out and the fresh one is put in. In addition, you’ll want to swap out the oil.

Additionally, you may be required to perform an oil change. Additionally, a new oil filter must be installed. Adding new power steering fluid is also necessary for the job. Removing the transmission and its fluid is a necessary step in this operation as well. The brake fluid should be replaced, as should the battery. You have already run out of juice. Replace the coolant and flush the radiator as well. Before you start your car for the first time in three years, do these things.

What Auto Parts Might Be a Problem After Sitting For 3 Years? 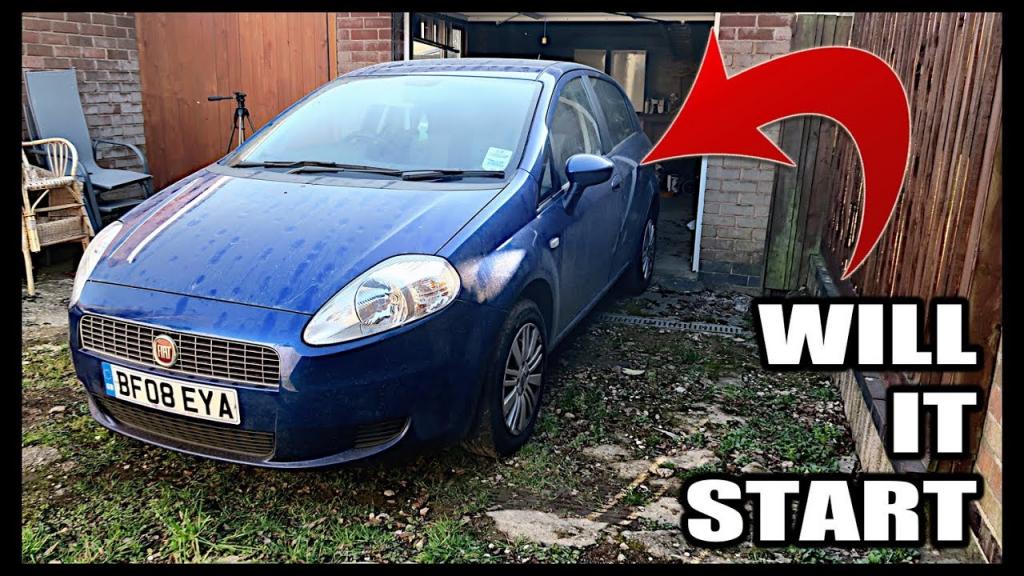 Checking the fuel pump may be necessary if your vehicle has been sitting for three years or more. Unleaded fuel will begin to degrade in three to six months. Within six to twelve months, diesel will begin to degrade. Your car’s fuel can become sludged in just three years. Your car’s gasoline pump will suffer greatly as a result of this. A service center or an auto repair can help you with the problem. Besides checking the gas tank, you’ll need to do this.

After a long period of inactivity, a gas tank can deteriorate and wreak havoc on your fuel system and engine. The car’s belts and hoses can potentially be damaged. These need to be inspected for signs of rot and corrosion.

Your car’s battery can die or be drained if it has sat for three years. Your car’s battery will deplete and eventually die if you don’t utilize it. This is a problem because a drained battery cannot be used to start a vehicle. When your car battery dies, you’ll either have to jump-start it or remove it and install a brand-new one.

Car engines need to be serviced. Maintaining your car’s engine while driving is essential. Your car will require more maintenance if you are not driving it frequently. Leaving the car’s engine idling will cause it to wear out. Even if you don’t have any animals living in your engine, they can still damage other parts.

Oil Sitting In Car for 3 Years

Oil thins out after three years of sitting in a car. If you performed an oil change before starting and driving the vehicle again, it would be beneficial.

Fuel Sitting In Car for 3 Years

Moisture can build up in fuel after it has been sitting for three years. Make sure you’ve replaced the fuel before starting the car.

It is strongly recommended that you do not leave your car for more than three years. Dormancy can cause harm to your vehicle, including damage to the engine. Waiting three years to use an automobile means accepting the risks and potential damages that come along with it. All of the car’s components must be replaced and checked before the vehicle can be started up and driven again. 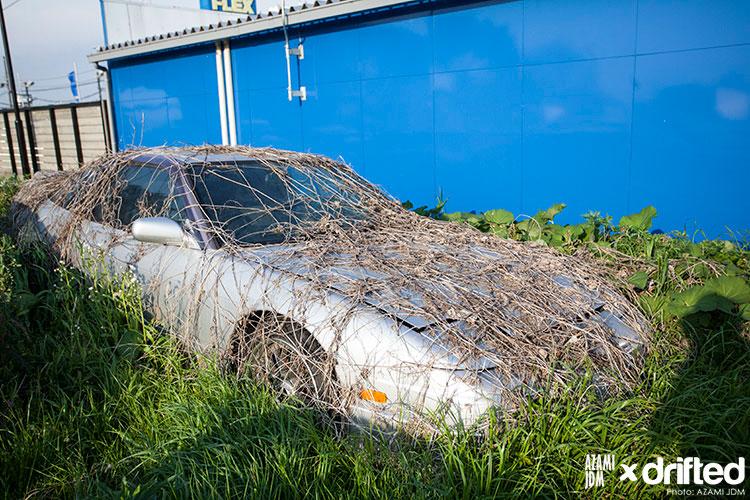