There are few things scarier than having to stop your automobile in the middle of heavy traffic. As a result, it can be difficult to tell what the problem is.

We’ll go over the possible causes of this and the procedures you should take if it does happen to you while driving.

Causes of why engine stalls

There are a variety of reasons why a vehicle’s engine may fail to start. In terms of frequency, these are the most popular:

The most typical reason for your engine to shut down while it’s running is overheating. When fuel is burned in the IC chamber to produce energy, mechanical energy is generated, which powers the engine’s components.

The alternator can then use this energy to generate electricity, which powers the car’s electrical system.

It is, however, possible that the pistons could even melt if cooling devices fail to keep the engine temperature within acceptable levels. Engine overheating and eventual shutdown are the result of this.

Oil is the only thing that keeps the engine’s metal parts lubricated, therefore a dip in the oil level can be disastrous.

Oil leaks can cause the friction between the engine’s components to rise to such an extent that the engine stalls and shuts down.

Furthermore, engine breakdowns caused by this issue can be extremely costly. That’s why checking the oil level on a regular basis is so critical.

Engine components that are not properly secured can lead to this issue. The engine will vibrate excessively and, eventually, halt if certain parts are cracked, fractured, or worn. 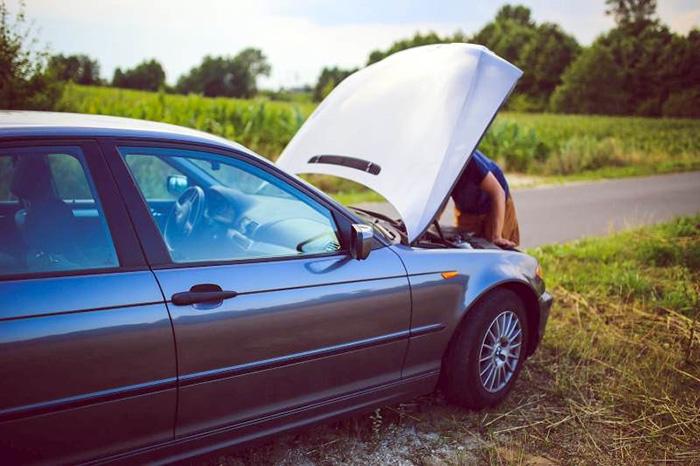 Having an electrical fault with the electronic computer unit or ignition system can cause the engine to misfire.

There is a good chance that the engine will finally stop, which will be indicated by a dashboard light. Take your vehicle to the local service center as soon as possible if this happens while driving.

Engine damage can also result from a jammed catalytic converter or an obstruction in the exhaust pipe caused by an excess of gas.

Bad or failing fuel pump or the fuel system is faulty.

In order to ensure a proper combination of air and fuel for engine functioning, the fuel pump delivers the necessary amount of fuel. This can cause the engine to gradually lose power until it shuts down suddenly if it isn’t working properly.

The car’s fuel system is more than just a pump. Checking the fuel lines is also a good idea. Fuel is transported from the tank to the engine by means of these hardened containers. Fuel loss and engine failure can result from even the tiniest of cracks.

The ECU does not work in the parameters.

The ECU is the brain of the engine. It receives and interprets data from other automotive components, stores it in a matrix (ECU maps), and then transmits it to the engine to provide the best possible operation settings for the engine.

ECU computer malfunctions cause a warning light to come on in cars. Because the ECU computer is a portion that cannot be readily repaired, scheduling a diagnosis in service is the best way to avoid future unpleasant circumstances.

Most modern internal combustion engines have a crankshaft position sensor. It keeps track of the crankshaft’s position and speed, and sends that data to the engine’s ECU computer so it can run as efficiently as possible.

Crankshaft position sensors can malfunction and cause the engine to stop while driving if you notice any of the following symptoms: engine downtime, irregular acceleration, or problems starting the engine.

The fuel tank is empty

Isn’t it obvious that this is a humiliating situation?

There is a potential that the fuel tank has been empty if the engine suddenly stops while traveling. There are two possibilities: Either you neglected to refuel, or the tank level sensor has malfunctioned, in which case you need to take your vehicle to a service center.

The alternator is faulty

The alternator is in charge of supplying power to the vehicle. The alternator uses diodes to convert alternating electricity into direct current, which is then supplied to the battery when the motor is started. Even when driving, a malfunction in the alternator can force the vehicle’s engine to shut down.

If you see any of these signs on your vehicle, you may have an alternator problem ahead of time.

What to do if your car dies suddenly? 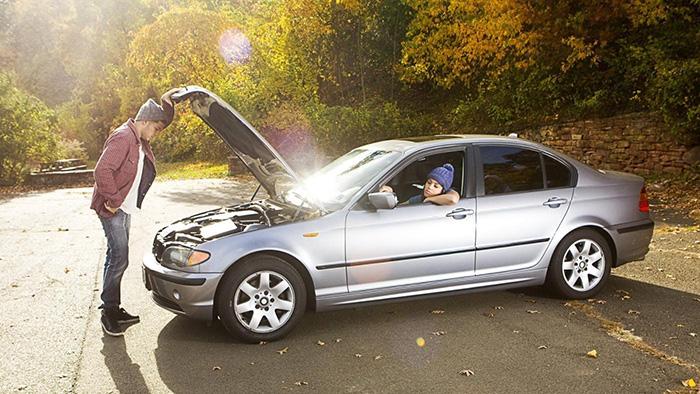 You should be prepared for any eventuality even though the chances of failure are quite low. This is despite the fact that it is extremely unlikely that you would ever need this information in a crisis situation.

A challenging (and even deadly) situation arises when the car’s engine fails to run. If you ever find yourself in this scenario, here are seven things you can do to get out of it.

Get the car out of gear

Keep a safe distance from the car in front

It’s a traffic law that must be followed consistently, but when the engine is running, it’s much more critical to heed this guidance.

When the assistance systems (power steering, brake) stop working, the driver must maintain a wider distance from the front automobile since the steering wheel and brake pedal become heavier to handle.

Find a place where you can stop safely

It’s critical that your driving movements are fluid so that other drivers can anticipate them and avoid you.

As a result, before making an abrupt detour to the side of the road, take a quick check about to choose a safe spot to pull over.

Signal your intention and turn on the hazard warning lights

In the event of an emergency, indicate right, just as you would if your vehicle’s engine were running. If you move the key from the starting position after the engine has stopped, the signaling may not work and, more significantly, the steering wheel may jam. It is imperative that you know this.

As I mentioned earlier, when the engine is shut off, the power steering also shuts down, resulting in a significantly heavier steering wheel movement. If you find it difficult to move, don’t panic; all you need to do is use more of your muscles.

The last thing you want to do while driving on a highway is suddenly stop. Try to retain the car inertia as long as possible and be prepared to press the brake pedal harder, as the power brake pump will not work, which will bring you back to the 1970s in terms of brake system feedback..

Look for a safe area to halt while you’re in town. Try to choose a location as far away from civilization as possible. The reason for my displeasure. Some cars may not see that you’ve stopped on the side of the road and cause an accident that might be exceedingly dangerous.

It’s best to get out of the car as close to the side of the road as possible, push your hazard warning lights button to alert other drivers, and then find a safe area to phone for help before you do so.

Dare to ask for help from others

When your car’s engine comes to a halt at a stop sign, turn on your hazard lights and ask for help moving the vehicle. If you can’t find somebody to assist you, then remain seated securely in your vehicle.

How Much Oil Can A Bad PCV Valve Burn
Skoolie Vs Box Truck Vs Van - Pros And Cons
How To Clean Fuel Injectors At Home
Hyundai Kona - Design, Engine, Features