When starting the automobile and hearing a whistling noise, especially when the engine is cold, can be a frustrating and unpleasant experience for drivers.

A worn serpentine belt, also known as an accessory belt or an ancillary drive belt, is the most common cause of a car’s whistling noise. Individual bearings or rollers may have a low amount of lubricant, and a defective water pump or an accumulation of dirt in the auto alternator may also be causes.

The most typical reason for a car whistling is a faulty serpentine or auxiliary drive belt. It whistles for a short period of time, then disappears. The dampness on the belt is to blame. When driving through a puddle and the serpentine belt gets wet, the sound can be heard.

When the car is left in high humidity for an extended period of time, such as at a car wash, the serpentine belt can also collect moisture. In this case, you don’t have to worry about it because the sound disappears as soon as the belt is dry.

Coolant, engine oil, and brake fluid are just a few of the automotive substances that can come into touch with the serpentine belt, just like moisture. The length of time the serpentine belt makes a whistling sound in these situations is determined by the volume of liquid in contact with it.

It is better to replace the belt if it has a significant amount of these substances on it, as the belt will lose its functionality. 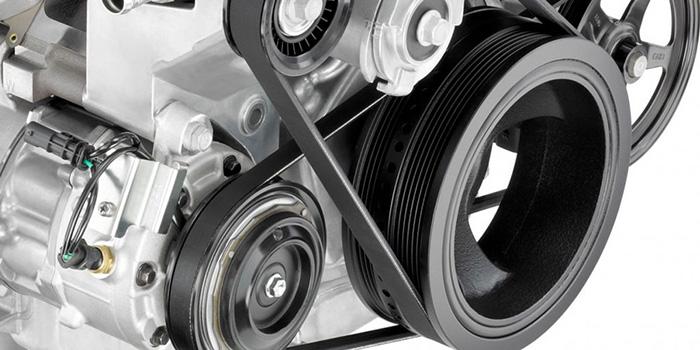 In order to keep the belt in rhythm with a pulley, it must be properly tensioned. Pulley rotation speeds up little when corresponding force is reduced, but belt on alternator pulley slides and does not keep up with them.

It’s time to replace your serpentine belt, too, just like you would with your timing belt or chain. Because it isn’t a routine adjustment, you should have it checked after around 70, 000 kilometers (43. 500 miles). There is a gradual loss of flexibility in its rubber over time.

Hence, as the rubber hardens, you will hear a whistle after starting the engine, especially in cold conditions, but it often fades after the engine warms up.

Dirt in the streams of the alternator pulley

A whistling automobile is also caused by the accumulation of dirt in the alternator pulley’s stream. Whistling noises are frequently produced as a result of the serpentine belt slipping on its working surface.

Thick grease, especially in cold conditions, can cause an engine to whine in rare situations. The serpentine belt may slip as soon as you start the automobile since the engine has to exert extra energy to free the alternator shaft. In most cases, the whistling noises and the belt slippage disappear after the lubricant reaches a fluid consistency.

It’s possible that the car’s tensioner roller is to blame for any whistling noises you hear while the engine is cold. At certain engine speeds, the whistle can be heard.

The first step in roller inspection is to verify the roller’s tension. When the timing belt is too tight, the roller will whistle, and vice versa. To avoid damaging the individual roller bearings and pulleys that connect the specified belt, you should not tighten the belt so much that it damages the belt itself.

A bad or failing water pump 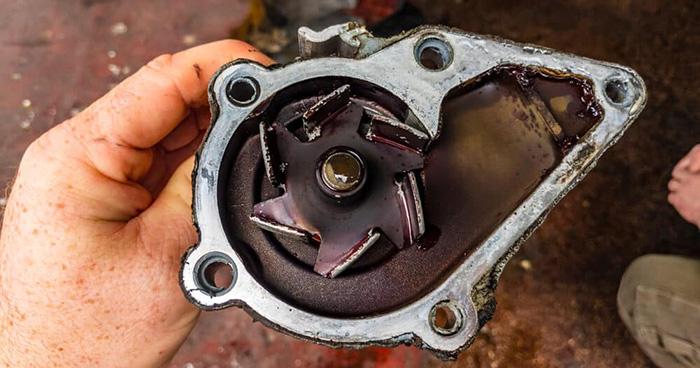 Alternator bearings and air conditioning components that have failed could cause the whistle to occur. As a result, those bearings must also be checked.

Tips to eliminate the whistling sound from the engine

A whistling car can be quickly remedied in a number of ways.

In conclusion, as worn serpentine belts are the most typical cause of a car’s whistling, you should first inspect the belt and its tensioner roller. If necessary, replace those two parts.

Check for cracks on the serpentine belt’s inner surface when the belt bends when inspecting it. The belt must be replaced if it has any cracks. Please keep in mind that the tension of a belt has an impact on its lifespan, so keep that in mind as well.

The belt must be adjusted if the tension is too loose. Depending on the car’s architecture and engine, the suitable roller or adjustment bolt can be used to accomplish this task. If a tensioning device isn’t present, the stretched belt will need to be replaced.

Do not use excessive force when tightening existing serpentine belts or tensioning new serpentine belts, as this may increase the load on the generator bearing and tension roller, both of which can lead to premature failure.

Reason Automatic Car Stalling
Why Do Cars Look Like They Have a Face?
What Is the Difference Between BMW 750i vs 750li?
Noise When Turning Steering Wheel While Stationary