The main reason you have an alarm in your car is to make it safer. It will keep your car from being broken into or stolen. If something strange happens, the electrical circuit will break. It could cut off the power in a way that makes it impossible to start.

This clever way to keep your car safe is sure to work. The system can also go off when there is no clear danger. So, it can stop the engine from running. What can you do if the car won’t start because of the alarm?

Reasons that the Car Won’t Start Because of an Alarm 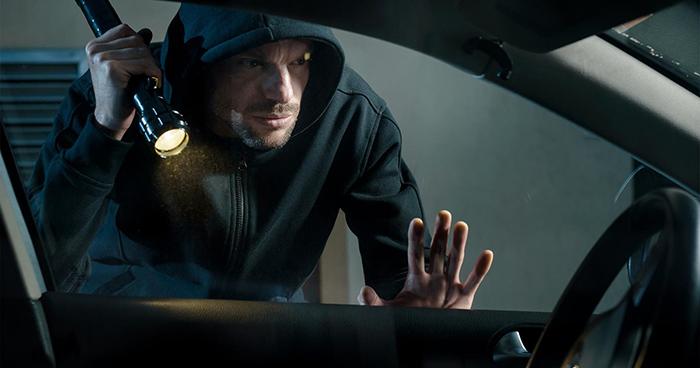 If the alarm system doesn’t work, the engine might not start. If it’s not working right, you’ll need to turn it off. Your car won’t work again until you fix the problems with the alarm.

Here are some of the reasons why your alarm didn’t go off.

You can check the battery readings with the multimeter. If the readings are below 12.6V, you need to charge the battery.

When the battery terminals are broken, they stop the flow of electricity. In the same way, electrical parts might not get enough power. In this case, the alarm might think that the battery is running low.

So, it will make the alarm go off. Making sure the terminals are clean is very important. Before you do anything else, disconnect any wires. You should also wear clothes that protect you.

For a newly installed alarm, it makes sense to check if it was done right. Often, certain symptoms come and go. With a multi-meter, you can check to see if each wire is getting power.

The remote car key is also a key fob. It lets you open and close the car doors. You can even push a button to start your car with it. Some of the key fob’s controls are linked to the alarm systems.

A false signal can be sent by a broken key fob. Even the car alarm could be affected by the wrong signal.

An alarm can be set off by a sensitive shock sensor. It happens even if a cat or dog brushes up against the car just a little bit. The alarm will automatically drain the battery because it keeps going off. The shock sensor can be set up by twisting it.

When the car’s hood is forced open, a sensor in the hood can set off the alarm. If the hood is dirty, the alarm might go off. Find the sensor and clean it if that happens. By doing this, it will go back to how it was before.

How to fix the problems There are a few things you can do to fix the alarm if your car won’t start because of it. Among them are:

Check the battery to see if it’s still good or if it’s dying. If the power is low, you should recharge it. In this case, your key fob’s security code won’t be picked up by the car’s security systems.

You should also check the connections to the battery. If they’re right, you can get it going. Your problem should be over after you do this.

2. While inside the car

You can find the slot for the key and put it in. Turn it just a little bit to the right. You can hold the key there for at least 10 minutes or longer. Depending on what happens, it might turn off the light and start the car.

In this state, it’s important to note that the engine is off but the car is on. There are other things that are on, like the radio and dashboard. It is possible to turn off the alarm.

3. While Outside the car

Get to the driver’s side door and put the key in it for a while. The action is to try to turn it on and start it if the door is open. In this way, the car knows you have the original key. The design works even if the battery is dead or the key fob is broken.

The method is the same for all models, including BMW, Mercedes, and Volkswagen. Honda may need to make some changes to the method.

It’s one way to fix a car that won’t start because the alarm doesn’t work. Start by taking the positive end of your battery off. Give it at least two minutes to rest. Connect it again. At this point, you should connect the cathode and anode terminals in the right way.

By following the steps, the computer system will be reset. At some point, the car may start moving.

Most keys have a chip built right into them. When you put it in to start the car, it will send the code to the car’s alarm system. If a key is broken or cracked, the chip might not work. If one key doesn’t work, you can try another.

If nothing happens, you could talk to a professional. You can also try to use the key to start the engine. If the engine doesn’t start, leave it like that for at least 10 minutes. When the security light goes out, turn off the car. After 20 seconds, you can start the engine.

Take the right steps if your car won’t start because of an alarm. You can start by seeing how your battery is doing. If the battery is broken, you can change it to make the device work better. It is very important to do what needs to be done.

An alarm is one of the most important parts of keeping your car safe. Because of this, it is best to keep things in the right order. If your alarm doesn’t work, your safety will be put at risk.

As you do the things above, you may start to feel better. If you talk to the dealer, you’ll have more hope. The expert will fix the problem and get your car working at its best. When you face a challenge like this, you should move quickly. You won’t have to worry. Happy driving.

5 Causes Of Transmission Fluid Leaks
18 Types of Small SUVs: The Best SUVs You Can Buy
Coolant Fouled Spark Plug: Is It Bad and What to Do?
What Is A Remanufactured Transmission?