Vehicle modifications are nothing new. We see a lot of rare ricers and supercharged mustangs on the road almost every day, so much so that we almost think of them as normal cars we drive every day.

We don’t see many out-of-the-box modifications on trucks, though. It is just as rare as it sounds to have modified trucks. Maybe we can work on the grilles, chrome parts, high lift kit, wheels, etc. to make them look a little more stylish, but that’s about it, right? Don’t give up. Checkout: Top 10 Best Selling Trucks in USA

Trucks can be customised in more ways than just with fancy headlights and subwoofers. If you want your pickup truck to stand out from the over 3 million standard ones on the road without breaking the bank, try a Carolina Squat! If you want to get people’s attention, do a Carolina Squat. But you can also be turned into a meme.

You’re not the only one who doesn’t know what that means. And for those of you who want to make your truck stand out, this article by Motoring Junction will explain what a Carolina Squat is, how and why it came to be, and what you need to do to get one.

What Is A Carolina Squat? 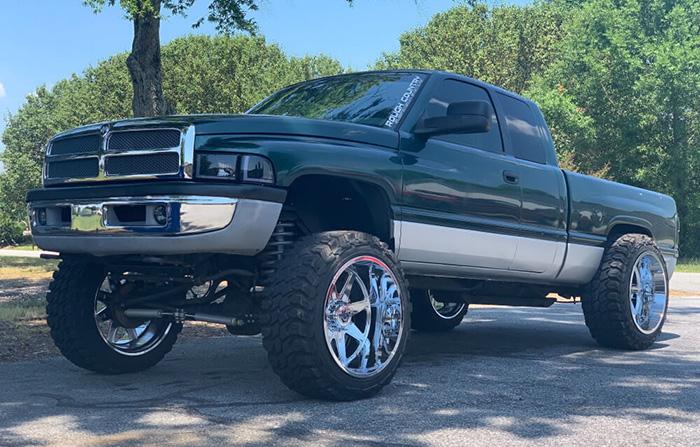 In a Carolina Squat, the front of the truck is raised higher than usual, and the back is lowered. This makes your pickup look like it’s tilted, like a squat, which some people think is a really cool change from their regular truck.

At truck meets, it’s a very common modification, but it’s less common elsewhere. There were rumours that it came from Carolina, so it got that name quickly and has been popular ever since. It’s been getting a lot of attention lately, with a lot of Instagram pages for Carolina Squat trucks opening up, and the “vibe” is spreading.

How Do I Get A Carolina Squat?

With demand going up, many dealers and manufacturers in the aftermarket are making lift kits that help raise the front of the vehicle. You can always change the back parts if you want more height.

This will hurt the way your car drives, but if you’re just into it for the style and not the way it drives, you can go ahead and customise the back. You can also lift the ball joint or change the torsion bar. When you put drop shackles on the rear axles, you can tilt the vehicle even more, sometimes by more than 10 inches.

Does It Impact My Truck?

The Carolina Squat is also not useful. Even though it may be fun at first, the ride quickly loses a lot of its fun. It even loses the ability to pull heavy loads, which is a big problem if you use your truck to pull and tow heavy things.

The tilt even makes it hard to see. When the tilt is more than 100o, it blocks the driver’s field of view, which makes accidents and deaths more likely, even if they aren’t likely to happen.

The position of the headlights will change as the angle of the road gets steeper, which makes it even harder to see. So you can probably guess that driving at night or in low light won’t be easy. 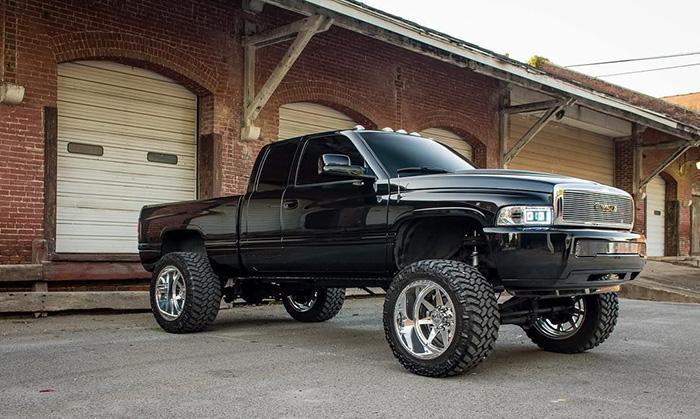 The Carolina Squat is a great exercise. The problem is the consequences that come with it. Most of these problems can be fixed with aftermarket kits, though, so it’s not all bad.

For example, putting in suspension stabilisers helps the leaf springs take a lot less of a beating and makes the car respond better. Even the more expensive Air Ride suspension systems can be used to make the car more stable and easy to adjust.

At the end of the day, though, it’s up to the truck’s owner to decide what it should be used for. If you want your truck to be a functional vehicle that can pull, push, and move loads, you’re better off just getting a new grille and better headlights. But if you want a flashier car that looks cool at a car meet, a Carolina Squat can’t hurt. It all depends on what you value most.

Ray Cooper, the Governor of North Carolina, has now signed House Bill 692. This means that squatted vehicles will be considered illegal and against state law as of December 1, 2021.

The owners of these squatted cars can be fined and have their licences taken away for a year.

At the moment, Carolina Squat is legal in most US states. But starting on December 1, 2021, it will be illegal in North Carolina.

The Baja Racing trucks helped spread the squatted truck stance. The backs of these high-speed off-roading trucks are squatted so that they can land properly after taking off on ramps.

Rattling Noise Front Passenger Side When Driving
Kawasaki Vulcan S Cruiser Launched Rs 5.44 Lakh
Can A Chevy Colorado Pull A Camper
Accidentally Used 0w30 Instead of 5w40: Is It Ok?