After around 100,000 miles, your car’s converter may start making rattling noises, a sign of deterioration. You can try to get rid of the rattling by cleaning the converter, but it may not be enough.

Are you familiar with the symptoms of a rattling catalytic converter and how to remedy it?

Learn how to fix a rattling converter by reading this article.

Can a bad catalytic converter cause a rattle?

An extremely rich fuel mixture, on the other hand, may destroy a catalytic converter. If the converter becomes clogged, parts of it may collapse.

Noises may be caused by the catalytic converter’s inability to work properly because of the accumulation of dirt. You may notice a ticking sound coming from the combustion of oil, gas, and coolant. In cold start-up, acceleration, idling and converter leaking, the ticking noise is heard.

Overheating, aging, and contaminated fuel can all cause a pinging sound, which is an indication of blockages. In contrast, a popping noise indicates a restricted exhaust flow, resulting in backpressure, while a knocking noise suggests a loose heat shield and leak.

When the converter has been idle or the honeycomb has failed, you will hear rattling from underneath the feet. The noise may last for a few moments before ceasing as soon as you press the gas pedal to begin your car. On the other hand, if the ceramic honeycomb is cracked, the noise persists with acceleration.

What Consequences Does A Rattling Catalytic Converter Cause To A Car?

When the catalytic converter is rattling, it shows that there are major problems with your car, and if you don’t fix them, your catalytic converter will be damaged. Even a simple leak or obstruction can cause the noises to come from the exhaust system’s recirculation system, for example.

Blockage in the catalytic converter causes pressure to build up, resulting in the converter collapsing.

As a result of this, exhaust gases cannot be cleaned from the vehicle. As a result, to avoid the release of hazardous substances, make sure your catalytic converter is in good working order.

As a precaution, it may be a good idea to check the quality of your catalytic converter before releasing any harmful gases into the atmosphere.

Is It Worth Fixing A Catalytic Converter Rattle?

Fixing a rattling converter is worth the effort since you will avoid future problems with the converter. Rattling noises may be caused by defective parts, and if they aren’t fixed quickly, the entire converter will need to be replaced.

There may be other reasons for the noises, such as damage to the converter or a blockage that affects its ability to filter the air.

It is also possible that the rattling noises are a sign of a problem with the engine’s gas mixture. A rattling converter can occur if your car isn’t getting the correct fuel.

How Do You Fix A Rattle In A Catalytic Converter? 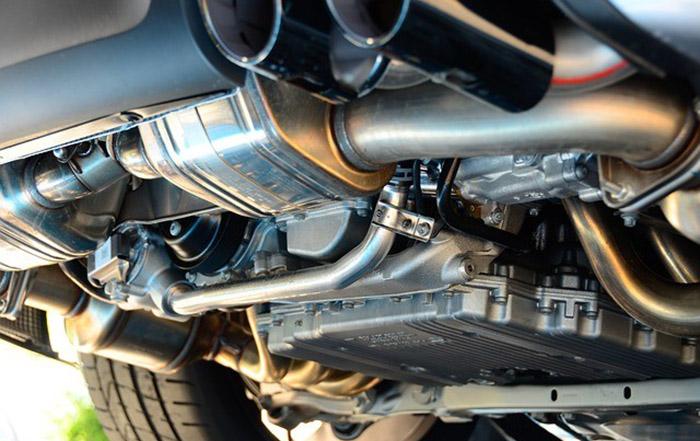 Your catalytic converter may be rattling because it is covered in dirt. As a result, you should clean it, particularly if it has been a while since you did so. Noise and poor catalytic converter performance may be caused by the accumulation of dirt in the exhaust system.

You can smell like rotten eggs if your catalytic converter is obstructed by debris since it isn’t able to convert hydrogen sulfide to sulfur dioxide. Before cleaning the catalytic converter, it’s possible that you’ll have to remove it.

In a spray bottle, you can use sodium peroxide to clean the catalytic converter and spray it on both sides over a bucket.

Using a water hose connected to the converter’s nose, thoroughly clean the inside and outside after 30 minutes of solution soaking. Before restoring the converter, make sure the rhea water is clear.

4. Use a lacquer thinner

Lacquer thinner has the potential to improve engine performance and fuel economy. One gallon of lacquer thinner and 10 gallons of gas can be added to an empty gas tank.

After then, for at least a third of the three-hour trip, maintain a speed of 2500 RPM. Flowing lacquer thinner will remove any obstructions from the catalytic converter.

Using penetrating oil may make it easier to remove any missing bolts, and you can replace all bolts to check that the heat shield is correctly attached to the catalytic converter

Catalytic converter problems may be alleviated by using high-quality fuel. You can operate the vehicle on high octane instead of low octane gas.

Toxins are not left behind when using high-quality gas because it breaks down so easily. Catalytic converter rattles may be eliminated if the airflow is improved with high-octane gas. Additives can be added to the tank to help clean the entire system.

This option may be the final one, but it may help to reduce rattling and improve exhaust gas cleansing.

Make certain the replacement item is compatible with your vehicle before purchasing it. Thus, it is preferable to buy from reputable suppliers or use the company’s support services.

Make sure the car’s catalytic converter is properly installed and that the correct gasoline is used to avoid obstruction.

Pinging, knocking, popping, ticking, and rattling noises may be heard when a catalytic converter fails. The noises you hear are a sign of clogging in your exhaust system, poor performance, and an inability to remove toxins.

Noises may be heard coming from your car’s catalytic converter if it is clogged or unable to remove exhaust gasses.

A rotten egg smell is caused by an obstruction that makes it difficult to clear the gas generated from combustion. Catalytic converters can be cleaned or replaced if they become clogged up with debris.

Are Car Washes Open In The Winter
Compare Buick Envision Vs MKC Lincoln
Motor Starter Types And When To Use Them
Coke in a Gas Tank: What REALLY Happens?!