Differences Between A Catalytic Converter Vs Muffler Updated 01/2023

mong the many components of a vehicle, there is a muffler as well as a catalytic converter. Despite the fact that these two sections share a common goal of having the vehicle run properly, there are significant distinctions between them.

They are both positioned on your exhaust pipe, but there is little or no connection between them. However, if you are unfamiliar with the two elements, it can be difficult to discern their distinctions.

It may be difficult to tell them apart because they are both exhaust pipe components. Some key distinctions exist between the two critical sections, as listed below.

While a catalytic converter is for eradicating damaging substances from the exhaust. Muffler is for suppressing the sound emanating from the engine, thereby acting as a silencer.

A muffler is made from either aluminum, stainless steel, copper, or titanium, while a converter is made from ceramic honeycomb cells covered with platinum.
While a catalytic converter’s lifespan depends on the driving conditions, a muffler’s lifespan depends on the mileage and environment the car is exposed to.
A catalytic converter is pretty expensive compared to a muffler’s price.

To fully appreciate the distinctions between these two components, it is necessary to have a basic understanding of their functions and whereabouts within the vehicle. As a result, it’s important to examine each item in greater detail. Continue reading to learn more.

What is a Muffler? 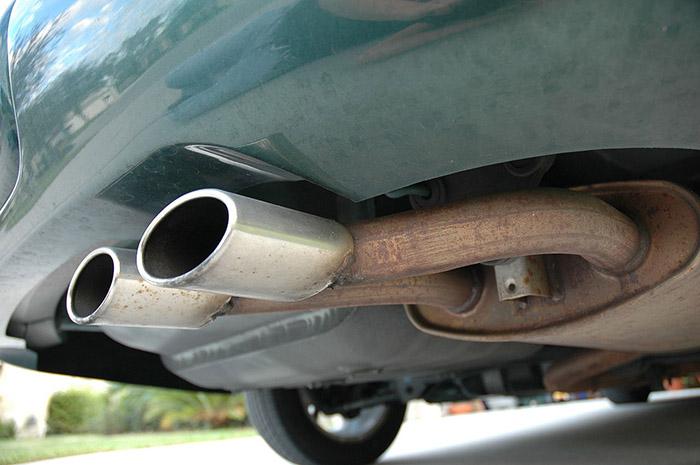 When it comes to reducing the sound of an automobile engine, mufflers are used. Exhaust pipes are a common location for it.

Steel, titanium, aluminum, and copper are all stain-free materials that may be used to make the silencer. It can also be created in a variety of shapes and sizes depending on the automobile model.

What is the Role of a Muffler?

The primary function of a muffler is to reduce the volume of the engine’s noise. Exhaust pipes reverberate with the sound of a car’s engine, which generates a lot of power.

To avoid sound pollution, it is necessary to reduce the volume of the music. A muffler, on the other hand, is designed to reduce the noise of the engine.

Many people would be interested in knowing the solution to this question. There are numerous tubes, chambers, and baffles inside of the muffler, which are used to reflect the sound waves from the engine.

Pollutant waves are prevented from exiting the tailpipe by muffler components, which produce waves of their own to cancel out the engine’s waves.

As an alternative, mufflers provide a wider range of sounds. Because of this, you’ll see both quiet and loud vehicles on the road.

What is a Catalytic Converter? 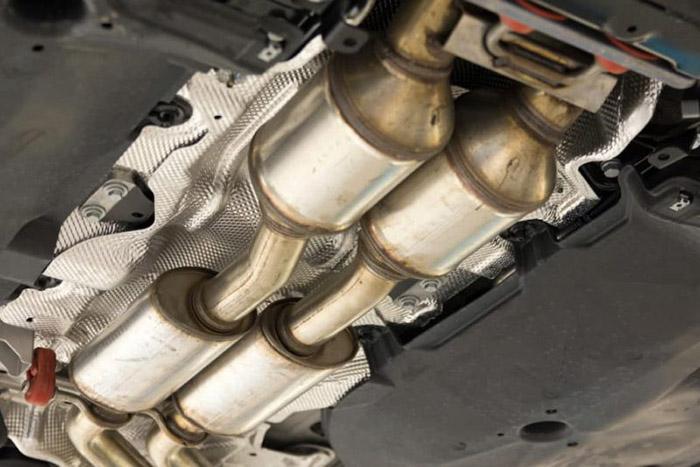 In the exhaust system of a car, a catalytic converter is a device containing a catalyst that converts noxious exhaust gases or compounds into less harmful ones.

The device is situated in the middle of the exhaust system, in between the engine and the exhaust muffler. Mostly platinum-coated ceramic honeycomb cells make up the structure. Catalytic converters are commonly stolen because of this.

The Purpose of a Catalytic Converter

A French mechanic named Eugene Houdry devised the catalytic converter in the 1950s after he realized that vehicles were polluting the air with their exhaust.

Before they may be discharged into the environment, hazardous emissions from an engine are first converted to harmless gases by a catalytic converter.

How Exactly Does a Catalytic Converter Work?

Safe gases such as steam, carbon IV oxide, and water are produced by the catalytic converter by catalyzing dangerous engine exhaust gases.

The engine produces hazardous gases as a result of several reactions involving fuel and oxygen that take place while the vehicle is in motion. Due to a poor combustion process, toxic gas emissions can be found in considerable quantities in most circumstances.

It’s at this point that the catalyst kicks in. Catalyzing the reaction between unburned hydrocarbons and oxygen gas to generate water vapor and carbon dioxide takes palladium, rhodium, or platinum as its catalyst.

To be released into the atmosphere, these two gases are safe to do so. Catalytic converters and mufflers are both important parts of a car’s exhaust system, and now that we know what they are, we can determine their similarities and differences, if any.

What are the Differences Between a Muffler and a Catalytic Converter?

Similarities of a Muffler and a Catalytic Converter

Only one thing connects the two pieces. Environmental pollution can be prevented by both the catalytic converter and the muffler, which prevents air pollution and noise pollution.

Despite the fact that an automobile can operate without a muffler, the catalytic converter is still critical. As a result, it is preferable to ensure that both pieces are present and functioning properly at all times.

There are distinct failure indicators for the two components, and finding them doesn’t necessitate much vehicle knowledge.

How Many Miles Can A Ford Edge Last
How Do You Get A Medical Exemption For Window Tint In Idaho?
Seized Brake Caliper Symptoms
Vehicle Speed Sensor Troubleshooting