Any kind of motorsports hobby, including dirt biking, requires a fair amount of money. In the US, a brand-new dirt bike can cost more than $10,000.

When you add in the different kinds of gear, the cost of the parts, and the cost of keeping a high-performance machine running, you could quickly burn a big hole in your pocket.

But learning to ride a dirt bike doesn’t have to cost a lot of money. With a little research, you can save a lot of money on things you don’t need and get the most out of your hard-earned cash so you can hit the trails with confidence. Learn more about cheap used dirt bikes by reading on. 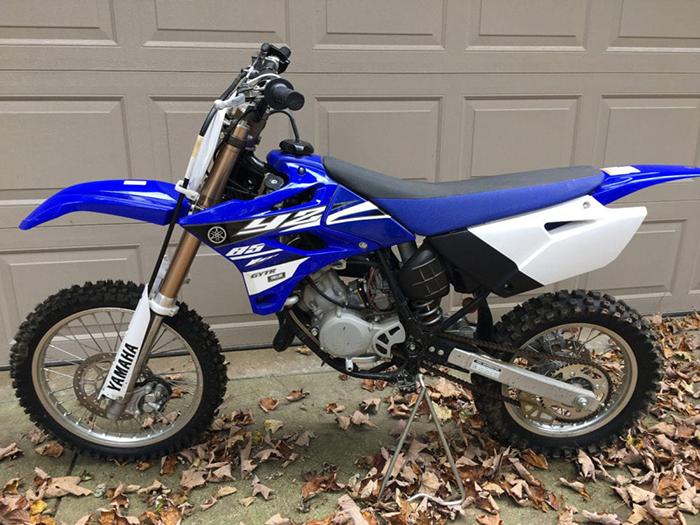 Play bikes are easy to care for and very reliable at the same time. This makes them great for people just starting out. If you’ve never been on a dirt bike before, don’t start with a faster one. Because a play dirt bike is simple, you can focus on learning how to ride and control it.

Trail bikes are a step up from play dirt bikes and are best for people who already know how to ride dirt bikes.

Trial dirt bikes are made to ride on rough terrain. Even though they don’t perform as well as enduro or motocross dirt bikes, they have a good reputation for being reliable.

This is the right choice for you if you have some experience riding dirt bikes and don’t want to buy a play bike.

Enduro bikes are more like a mix of a motocross bike and a trail bike. For riding and racing on trails, the suspension on these bikes is set up to be a little bit more flexible.

The engine of an Enduro smooths out the power, making it much easier to ride than a motocross dirt bike. It also has a different transmission ratio that gives each gear more room so that you don’t have to change gears all the time.

Motocross bikes are usually the dirt bikes with the best speed and performance. They have the hardest suspension so they can handle big jumps and hard landings.

The no-frills motocross bike gives you the fewest choices because it is only made for racing on a motocross track.

Even though motocross racing is very popular, the motocross track is only for those who have a lot of off-road riding experience and know how to handle these powerful machines.

Used versus new – which is best?

If you’ve never ridden a dirt bike before, it makes more sense to buy a used one in case you lose interest or decide it’s not for you.

Also, a play dirt bike or a used dirt bike can be a great way to start riding off-road without spending a lot of money.

You can use the money you save to buy new parts, the right gear, tools, gas, oil, new tyres, or upgrades that fit your style of riding.

Another thing to think about is that the value of a brand-new car goes down as soon as it leaves the dealership.

Where to buy a used dirt bike?

If you’ve never done it before, looking for and buying a used dirt bike can be a real pain. Online is the best place to look for a cheap, used dirt bike.

Start by looking for the type of dirt bike you want on online marketplaces. Also, look at past records and auctions to find out how much bikes like the one you want usually go for.

Some of the best places to buy a cheap used dirt bike on the Internet are:

If you buy a dirt bike on eBay, the seller will probably be willing to send it to you.

Craigslist lets you set up a meeting if the seller lives close to where you are. If not, if you don’t want to drive to the seller’s location, the bike will have to be shipped.

Because most things on Craigslist are meant to be picked up in person, shipping can be expensive.

CycleTrader is also a good place to look if you want to buy a used dirt bike.

After you’ve decided on the type and model of dirt bike you want, compare prices and shop around on different websites and in stores before you buy. There is nothing worse than making a decision quickly and without enough information, only to find out later that the same bike was sold for much less.

What to look for when buying a used dirt bike? 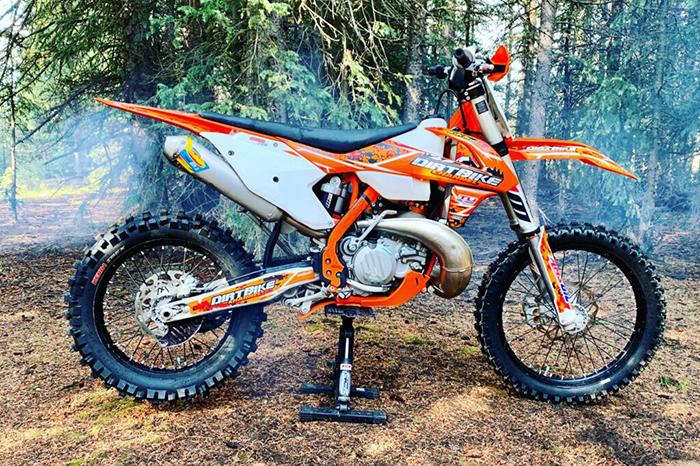 If this is your first bike, you shouldn’t get a fast, high-performance dirt bike that needs to be fixed often.

Don’t just look at the price of a used bike; also think about how good it is.

Remember that you almost can’t get your money back if a used dirt bike you bought on eBay or Craigslist breaks.

When choosing a dirt bike, you should think a lot about how tall you are. If the bike is too small, you won’t be able to sit comfortably on it, which could lead to a crash.

If the bike is too big, on the other hand, you won’t be able to ride it easily. As a general rule, your height should be twice as high as the bike seat.

When you sit on the bike, you should only be able to touch the floor with your toes and balls of your feet. You shouldn’t be able to put your heel on the ground.

Look at the bike during the day, take a short test ride to make sure everything is working, and keep an eye out for any signs that something might be wrong.

If the laws in your state require a title, check to make sure that the title matches the VIN. Check to see if the ID of the owner matches the title. Make sure to register the bike in your name as soon as you buy it.

How to negotiate a good deal

Know your stuff: Before you go out to buy a used dirt bike, find out as much as you can about them. Some things to find out more about are:

how much to charge for them

Buyers who don’t know much are good for sellers. If you look like you know what you’re doing, the seller is less likely to try to charge you too much.

When you know more about the bike, you can also ask better questions about it, which can help you negotiate for a lower price.

Follow the rules: if you use an online marketplace, only talk to the seller through the website. This is for your safety.

On the marketplace websites, you can search for ratings and good reviews of each seller and compare them. This lets you know how easy it is to do business with them and if you can trust them.

If you are told to call the seller or get in touch with them in another way, or at a certain time of day, make sure to do so exactly as told.

Be calm and easy-going. If you find a dirt bike you like, don’t seem too eager to buy it. Most of the time, there is room to talk. Your calm and sure-of-yourself attitude can help you get a better deal.

On the other hand, being too sure of yourself or cocky can have the opposite effect and turn off the seller.

When you buy a used dirt bike on eBay, there isn’t much room for haggling. But if you buy something from somewhere else, like Craigslist, you can try to talk about the price.

Start low. Your first offer for a used bike should always be less than what you’re willing to pay for it.

Your first research can help you figure out what the market price is and what the seller wants from the deal. Use this information to make an offer that is neither too low nor too high for the market.

Remember that the seller has every right to try to get as much money as possible for their bike, but you should try to get the best deal you can.

Walk away: “Know when to hold ’em, know when to fold ’em” is a line from a Kenny Rogers song.

Don’t be afraid to walk away from a deal if you don’t think it’s fair. If you act like it doesn’t matter to you, you’ll have a better chance of getting a good deal.

If you ask for a price cut and give a good reason, the seller is much more likely to agree.

Cash on hand: If you’re buying something directly from the seller, you may need to pay in cash. Be ready and get cash ahead of time, keeping in mind that the bike will probably cost more than the most you can take out of an ATM in one day.

Reason to negotiate: Look at the bike carefully and try to find a way to get the seller to accept a lower offer than what you want to pay. It could be because the battery is old, the back tyre is worn out, or the bike is a less popular model.

Patience: The market might not have a perfect match for the bike you want or the price you’re willing to pay right now. Be patient instead of lowering your standards, paying more than you have to, or settling for a less good bike.

Keep looking for a bargain. Patience pays off in the end.

Don’t use a loan to buy a used dirt bike. If you want to buy the dirt bike of your dreams, a small loan might seem like a good idea.

But keep in mind that you will have to pay interest on that loan, which will make the total cost a lot more.

There isn’t much chance that a dirt bike shop will price something wrong.

They are professionals and know much more than you do about the current market rates and how demand and supply work in the market at any given time.

Be careful about deals that seem too good to be true. It could mean that the seller knows something about the bike that they haven’t told you.

It’s always best to buy a bike from the person who actually rode it, so you can get more information about it.

If price is an issue or you are new to riding dirt bikes, don’t be brand loyal. There isn’t a big difference between dirt bikes with well-known brands and those without.

Very small variations in the way each brand’s bike is made will not make much of a difference to your performance unless you are a top-of-the-line talented rider looking for specific enhancements.