As early as 1954, Chevrolet began producing small-block engines. For the 1997-introduced third and fourth generations of the small block V8, the moniker “LS engine” has been utilized.

This 6. 0 liter or 364. 1 cubic inch V8 engine, also known as the Vortec 6000, is a tough low-tech engine designed to last for more than 200 thousand miles without major maintenance. When discussing 7 faults, we’ll have to look at its design defects as well because it doesn’t have many.

Some of the common problems with the Chevy 6. 0 engine include poor gas mileage and loss of power as well as throttle position sensor and exhaust manifold leaks. Every Chevy owner knows the Vortec 6000 is a thirsty engine. Although the gas economy varies depending on factors including the engine type, maintenance, and whether or not the vehicle is loaded, owners typically struggle to get their vehicles to go farther than 17 miles per gallon.

It’s a good and a terrible thing that the engine’s major concern is fuel consumption. However, despite the fact that the additional fuel costs money, it is well-known what the total cost of operating the car will be. There are worse problems than frequent, unpredictable breakdowns and low reliability.

Depending on the generation and model, the Chevy 6.0 engine may create 300 to 400 horsepower, but in practice, this isn’t very spectacular.

The 5, 000+ pound vehicle and its passengers and goods must be moved by the engine, which is commonly found in Sierra and Silverado versions. The Vortec 6000 is a powerful engine, but its primary purpose is as a workhorse that stresses durability over performance. Because of the poor performance and high fuel consumption, a defective TPS sensor may be to blame. Check engine light on, P0121 or P012 fault code present, and throttle response and acceleration are all impacted.

Even though it’s one of the most common problems with the 6. 0 Chevy engine, replacing the throttle position sensors isn’t really a big deal because they cost less than $50 and are quite easy to do.

The exhaust manifold leak is the fundamental issue with the third generation Vortec 6. 0 Exhaust manifold bolts might come loose or even snap due to incorrect torquing or low-quality bolts used in manufacturing.

An exhaust manifold leak can cause a foul odor in the cabin, increased engine noise, and even some exhaust smoke to billow from the engine compartment. Owners of 6.0 engine vehicles have developed a number of simple DIY solutions to this problem. 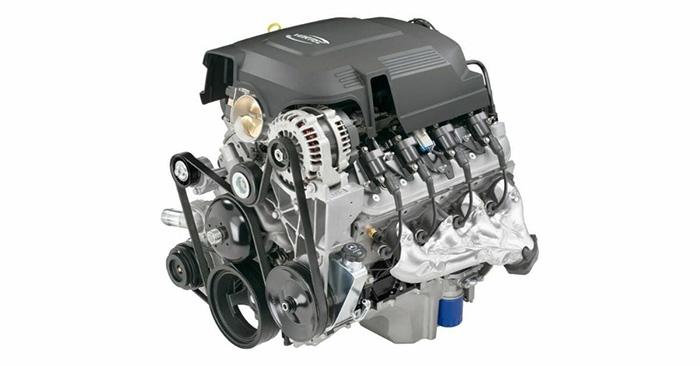 To increase gas mileage, the active management system cuts off half the cylinder heads, but what has been observed on mass is excessive oil consumption, lifter failure and troubles with the monitoring system for the oil life. The AFM system is still active in many automobiles, despite the fact that some owners have tuned their vehicles to disable it.

It would be unfair to imply that the 6. 0 Vortec has a problem with the water pump from the standpoint of Chevy’s engineers. Because most owners don’t replace the water pump and serpentine belt on a regular basis, this belief is formed.

The cost of aftermarket water pumps is not prohibitive, and they can be replaced at home with the proper tools. The coolant will also need to be bled and a new batch installed, but all in all, the repairs should not exceed $300.

Lifter issues, as described under “active fuel management sensor,” are the result of a faulty knock detection sensor. It detects vibrations and warns of engine knocking by being positioned under the intake manifold. It frequently fails as a result of water damage from leaking seals or the effects of the AFM sensor.

The 6. 0 Chevy engine has occasional banging issues, however these occur more frequently when the engine is cold. So, until the engine has already warmed up from driving, don’t leave your car idling.

Since 1999, the Vortec 6000 has been available in 12 distinct configurations, including two hybrid models. Identifying the type of engine in the car can help you establish which of the issues it is affected by.

In total, the fourth generation had eight different models during the course of 15 years of manufacture.

A two-year overlap with the third generation of the Vortec 6000 was achieved by using the LS2 (U) engine from 2005 to 2007 and again in 2009. At 6000 revolutions per minute, it generates 390 horsepower and 400 pound-feet of torque. The engine block and cylinder head are made entirely of aluminum.

Just two years after the LFA (5) was launched, Toyota attempted to create a hybrid vehicle called the LFA (6). An all aluminum engine produced 331 horsepower at 5100 rpm and 367 ft-lbs of torque at 4100 rpm.

The hybrid LZ1 (J) replaces the LFA and will be in service from 2010 to 2012. Both the power ratings and the aluminum structure are identical to those of the LFA.

Some people will fight tooth and nail to separate the Vortec engine from the LS brand, but the truth is that despite the differences, the 6. 0 Vortec is categorized as an LS small block engine. LS2, the early gen IV model, has a codename beginning with the letter L, as do all ten of its iterations.

As the engine has a 6. 0 stamp on it, the answer to the question of its displacement is obvious. Look at the engine marks or the 8th digit in the VIN code to determine the specific 6. 0 engine variant. See if the three-letter engine codes may be used to identify the letter or number in question. There may be more than one engine with the same initials, but only one of them will be a 6.0L.

How much horsepower does a 6.0 Vortec have?

There are many trucks on the road with over 250,000 miles on the 6. 0 Vortec engine, making it one of the most reliable engines available. It is possible to expect the Vortec engine to run for up to 350, 000 miles after a complete engine rebuild.

The 6 liter displacement, or 364 cubic inches, is denoted by the 6. 0 in the model name. It’s a little block, according to classification standards.

Because of this, it is possible to have nearly identical engines with varied displacements, depending on the generation of the vehicle.

What is the best year for 6.0 Vortec?

There are no reliable sources to rely on, thus the owner’s perspective is the only thing we can consider while trying to answer this question. Both the LQ4 and the LQ9 engines of the year 2004 are frequently lauded. The L92 heads and variable valve timing of the 2010 2020 L96 are particularly highly regarded, as is the absence of an active fuel management system in this model.

How much horsepower can you get out of a 6.0 Vortec?

In the long term, upgrading the L96 6. 0 engine to around 500 horsepower is more reasonable, given its base output of around 350 horsepower.

In terms of quality control, the 6.0 liter Chevrolet V8 is up there with the best of them. However, there are some minor difficulties with the exhaust manifold and active fuel management system, but other than that, these engines are rock-solid. The 6. 0 Vortec’s gas mileage isn’t the finest, but that’s a price worth paying for an engine as powerful as this one.