You went outside to your Chevy truck and turned the key, but the engine wouldn’t start. If this has happened to you, you’re not the only one, but it can be very annoying.

Well, there are 6 main things that could be wrong if your Chevy truck won’t start.

Most of the time, a Chevy truck won’t start because of problems with:

air filter that is full

6 Main Reasons For Your Truck Not Starting 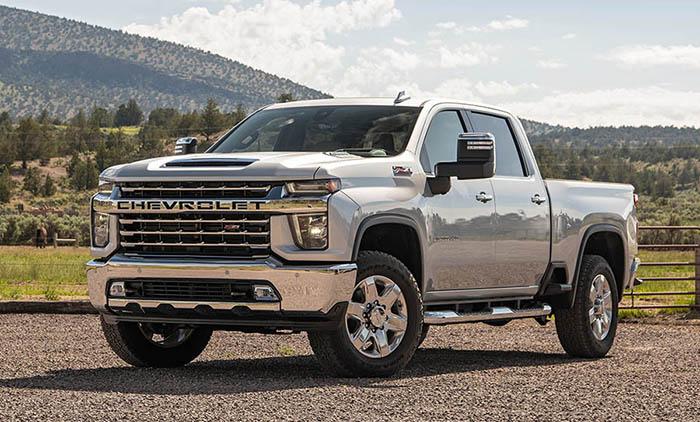 When you own a car, it’s up to you to keep it in good shape, which can be hard because there are so many parts that need maintenance.

There are many reasons why your truck might not start as it should, such as a problem with the engine or a small problem like a broken coil that needs to be changed.

If you want to know the main reasons why your truck won’t start and how to fix the problem so you can get back on the road.

Even though this may seem like the most obvious thing to say, if your Chevy truck won’t start, something might be wrong with the starter system. When you put your car key in the ignition and nothing happens, it’s probably the starter.

This could also be caused by a broken solenoid, in which case you just need to replace that part.

But before you think that the problem is with the starter itself, you should make sure that all of the electrical connections are tight and clean.

You should also make sure that your parking level is in the right place. If it isn’t, the engine might not start even if there is nothing wrong with the starter.

#2 Engine Will Turn Over but it Doesn’t Start

If you can hear the engine turning but the truck won’t fully start, it’s probably because the engine isn’t making a spark. This could mean you need a new spark plug, that your battery isn’t fully charged, or that your ignition coil is broken.

All of these fixes are pretty easy and won’t cost you a lot of money or take long to do. If you test the battery and find that it doesn’t hold a charge well enough, you will need to get a new one.

Or, if you look at the spark plug and see that it is too worn out and needs to be replaced, that will be your next step. Also, if the ignition coil is worn out, all you need to do to get the truck working again is replace that part.

#3 The Starter is Turning but the Engine Isn’t

If this happens, you’ll hear the starter working, but the engine won’t turn and the car won’t start right. This means that the engine flywheel is not being turned by the starter gear.

Most of the time, the starter pinion will start to stick. This makes it hard for the gear to get into the right place with the flywheel.

By cleaning the pinion, you can get rid of anything that is making it stick. If this is the only problem, this could be an easy fix.

But in other, much less common situations, you might find that the starter’s gear is broken or that the teeth on a gear are broken or worn down. If that’s the case, you’ll have to replace that gear in order to start the car.

#4 Engine is Unable to Start Cold

When an engine doesn’t start well or at all when it’s cold, it’s probably because there’s a problem with the spark or not enough fuel is getting to the cylinders.

If you notice that the car might start, but it does so very slowly, you should check the battery.

If the battery isn’t strong enough, the spark it makes won’t be enough to start the engine quickly or at all. You can easily check the power of the battery, and if it’s not fully charged, you’ll know that’s why your Chevy truck won’t start.

But if the battery is fine, the problem could be with the distributor cap or the wiring. If the spark from the cap or wires isn’t strong enough to turn the engine over quickly, you’ll need to replace one of them.

It’s also possible that the truck’s fuel filter is clogged. This could stop fuel from getting to the cylinder, which will keep the truck from starting even if the engine sounds like it is turning over.

If, on the other hand, your Chevy truck has trouble starting when it’s hot, you may have a problem with the air filters. This means that the truck’s intake is not getting the right amount of air.

If this is happening, when you keep trying to start the car, you might smell gas. This is called “flooding” because the smell of gas “floods” the truck the more you try to start it.

If you don’t smell any gas, it could also mean that the coil or electric system is worn out or broken. If it’s a coil, you’ll just have to replace the part that’s worn out.

But if the problem seems to come from an electrical system, heat will make the system have more resistance. This will bring down the voltage and make the ignition less effective.

The engine won’t be able to start when it’s hot, and you’ll have to look at the whole system to figure out what’s wrong and how to fix it.

If your truck won’t start and the battery has a good amount of charge, you should clean the battery. This will make it harder for the connections between the battery and the engine to work.

This is a simple solution, which is what you always want. All you have to do is clean the battery cables to make sure they are giving the engine enough power.

You might just need a rag to wipe away the dirt and debris that is blocking the connection. This won’t take long, and you won’t need to call roadside assistance or buy anything to do it.

Just make sure you move everything out of the way. If you don’t, it might work this time, but the next time you try to start your car, you might have the same problem.

Conclusion on Chevy trucks not starting

When you get in your truck, turn the key, and nothing happens, it can be hard to deal with because you may worry that there is a big problem with your car that will cost you a lot of money to fix. Most of the time, though, the problem is small and won’t cost you much at all.

If you look at the engine to figure out what’s wrong, you’ll probably find that one of these 6 common problems is why your Chevy truck won’t start. If so, many of these fixes are better than most other problems you could have had, and you’ll be able to deal with it easily.

With many of these reasons mentioned in this article, you won’t have to do much, but you will also save money by having to call your roadside assistance to come out and either start your car or tow it home.

This can make you feel better about your car. If you know how to fix small problems and what to do when you can’t figure out what’s wrong, driving will be easier.

So, if you have trouble starting your Chevy truck, come back to this list. It will help you figure out what is going on in the engine and how to fix the problem without spending a lot of money.

Worst Shoes When Driving
Exhaust Pipe Hanging Low
What To Put In Gas Tank To Ruin Engine
Diesel Engine Oil Types: What to Know Before Buying Your Next One