If you’ve ever been in an accident, you may have heard the term “FCW system failure” used. A feature of some cars, known as the frontal collision warning system, is designed to help prevent collisions. It is quite risky if this system fails.

Answering the question: What Does FCW System Failed Mean? is the purpose of this blog post.

Simply put, if the FCW system fails, your car’s frontal collision warning system is no longer working. The goal of this system is to alert the driver if there is a potential for a collision.

When the system fails, you may not be notified of an oncoming collision, which can put your life in danger. If the FCW system fails while you’re driving, you’ll need to be extra cautious and aware of potential dangers.

Even if you don’t think you’ve been hurt, you should get medical assistance as soon as possible after an accident.

How the FCW System Works 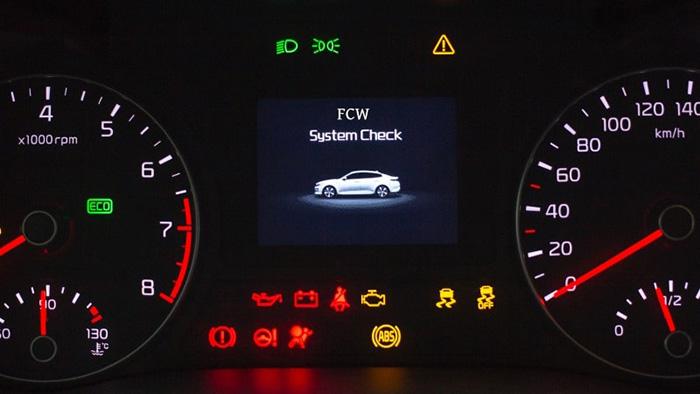 To avoid collisions, the FCW system uses sensors. Radar, lasers, and cameras are all examples of these sensors. The device will warn the driver if it detects a collision. An audible alert, a visual display, or even a vibration in the steering wheel can serve as the warning.

When a warning is given, the driver has a window of opportunity to react and maybe avert an accident. If the driver fails to act and the system detects an impending collision, the brakes may be applied automatically.

Any time you see an FCW System Failed notification, you can almost always assume it’s due to extreme weather conditions.

According to Honda’s owner’s handbook, the FCW system may provide a false indication when driving in the rain, fog, snow, or high heat. Take a rest whenever it’s safe to do so and turn off the engine.

Where Is The FCW Sensor Is Located?

The FCW sensor is often situated at the front of the vehicle. Near the grill or the headlights, this is most commonly found Consult your car’s owner’s manual if you’re unsure of where the FCW sensor is located.

How Do I Turn Off FCW In The Honda Accord? 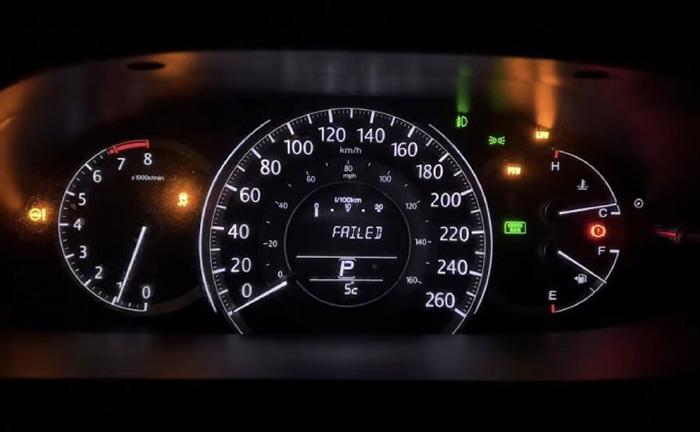 The FCW system can be turned off in some instances. If you’re driving in an area where there are a lot of animals or children, for example, you may want to turn off the system to avoid getting false alarms.

The FCW system in a Honda Accord can be turned off by pressing and holding the button on the steering wheel for more than two seconds. You’ll hear a beep, and the FCW indicator will go off.

You should be aware that disabling the FCW system prevents you from being notified if a collision is detected. When it is safe to do so, deactivate the system.

How Do I Turn Off FCW In The Honda Odyssey?

The Honda Odyssey’s FCW system can be turned off in a manner similar to that of the Accord. More than two seconds should be spent pressing and holding the button on the steering wheel. You’ll hear a beep, and the FCW indicator will go off. 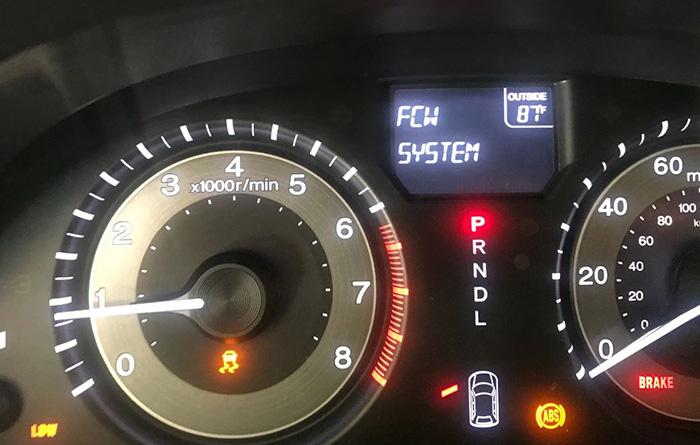 FCW system failure can be caused by a number of factors.

Another major cause of FCW system failure is a problem with the software. The FCW system may malfunction if the software that governs it has a bug. This is frequently the result of a software fix or a bug. Your car software should be updated often to guarantee that it is current.

Another possible reason for FCW system failure is a defective sensor. System failure might occur if the collision detection sensor is damaged or malfunctioning.

The FCW system can potentially fail as a result of physical damage to the vehicle. The sensor may not function properly if it is damaged in an accident.

The only way to tell for sure if your sensors are damaged is to have your vehicle evaluated by a skilled mechanic.

You should pull over and turn off your engine as quickly as possible if you notice that the FCW system has failed to warn. Before continuing to drive, make sure there is no damage and that everything is working properly.

Why FCW System Failed is Dangerous

When the FCW system fails, you may not be notified of an oncoming accident, which can be dangerous. Because this system is meant to keep accidents at bay, it puts your safety at risk if it malfunctions.

If the FCW system malfunctions while you’re driving, proceed with caution and be on the lookout for any risks. Seek medical assistance right once if you’re in an accident.

The FCW system failed error message indicates that the system has recognized a problem and isn’t working as it should. A variety of factors can contribute to this.

To be clear, this notice does not necessarily imply that a collision is imminent. But it does mean that you have to be extra careful and watch out for possible dangers,

How Do I Reset FCW System Failed?

The first thing you should do if you get an FCW system failed error notice is turn off your engine. When you turn off the engine, wait a few minutes before starting it again. The error message will be cleared if this is done.

If your vehicle is still covered by a manufacturer’s warranty, we recommend having it inspected by a reputable mechanic or dealership.

The FCW system and all other systems in your car will be reset as well during this procedure. After that, you’ll have to go in and update the time and date on your infotainment system.

How Do I Recalibrate My FCW?

Recalibrating your car’s sensors may be necessary if the FCW system fails problem message persists. In most cases, this can be accomplished by taking your vehicle to a mechanic or dealership.

It is possible that the FCW system camera aiming will need to be re-adjusted after you replace your Honda’s windscreen. With either a static or dynamic camera aim, the system can be rebuilt.

Camera pointing can be fine-tuned by a skilled mechanic. Using the vehicle’s service handbook as a guide, the camera is pointed towards pre-prepared targets.

When the camera or windshield is removed or replaced, targeting is necessary. In addition, they’ll be able to do a proper sensor recalibration using their on-site tools and equipment. Finally, the FCW system will be operational.

Your car’s FCW system is an essential safety element. Maintaining a high level of reliability and functionality is essential. You can make driving a lot safer for you and everyone else around you if you follow these simple guidelines.

Having the FCW system installed in your vehicle is an essential safety element. If it doesn’t work, you may not be able to avoid a collision. Because this system is meant to keep accidents at bay, it puts your safety at risk if it malfunctions.

If the FCW system malfunctions while you’re driving, proceed with caution and be on the lookout for any risks. Seek medical assistance right once if you’re in an accident.

Why Car Hood Won’t Close
How Do You Get A Medical Exemption For Window Tint In Idaho?
Are Car Tires Tubeless
How To Rotate Tyres 4 Tyre Rotation Methods Explained