The high-pressure pump is an essential part of the common rail injection system, and we’ll discuss it in today’s post. Although most drivers have heard of the high-pressure pump, the vast majority of them are unaware of its function, how it operates, and how to protect it from damage.

To make things clearer, I’ll go over how the common rail injection system works for the first time. One major advantage of this system is that it does not rely on engine speed and load for fuel injection. This means that it is much easier to fine-tune each operational point’s injection timing, as well as its amount of fuel injected.

In common rail systems, instead of connecting directly to the pump, the injectors are connected to a common rail.

As a result, even when the engine is running at a low speed and under low load, the electronic control unit may tell the injectors to pump in additional diesel because the fuel pressure remains constant regardless of engine speed.

There are numerous benefits to being decoupled from the engine, but the most important are the improved performance and decreased consumption that result from this setup. Additionally, this approach may be used to break down the fuel injection into pre, main, and post stages for people who have a better understanding of mechanics.

More data is gathered from sensors before the electronic controller determines how much fuel is fed into the combustion chamber. The amount of fuel injected depends on how quickly and suddenly the driver presses the accelerator pedal, although this is the most important factor.

These injection systems are controlled electronically by ECUs, sensors, and additional solenoid valves, regardless of who makes them. The fact that the ECU and the camshaft position sensor are both part of this injection system makes it more difficult to understand (to know exactly when fuel should be injected into the combustion chamber).

Sensors for the ECU to know exactly how much power we need and how strongly we requested the engine thus determining the amount of diesel injected, as well as several other temperature sensors and flowmeters.

Now that the foundation has been laid, it’s time to turn our attention to the high pressure pump. There are two ways in which diesel can be injected into a common rail: It enters the diesel filter at a low pressure (often between 1 and 2 bar) from the tank.

At the high pump, it passes through high-pressure tubes and exits at a little higher pressure (about 4 to 5 bar). This adds a layer of complexity because of the high pressure the high pump exerts on an unique diesel pipeline in the injection rail, which can range from 1400 bar to 2500 bar, depending on the model.

In spite of the engine’s speed, the high-pressure pump maintains high fuel pressure at the ramp. An accessory belt or, in certain cases, a timing chain or belt drive power this pump, which is situated on the crankshaft of the motor.

However, the advantage of this pump is that it doesn’t need to be tuned in the same way as traditional injection pumps require. The maximum speed for these older pumps is 3000 revolutions per minute. Each injector is powered by a high-pressure stream of diesel.

For example, in this sort of injection, the injectors function more or less as a tap that only allows a particular amount of diesel to pass through at a given moment.

Because the injectors are electrically operated, they are prone to malfunction over time, which is unfortunate.

What are the disadvantages of this system? 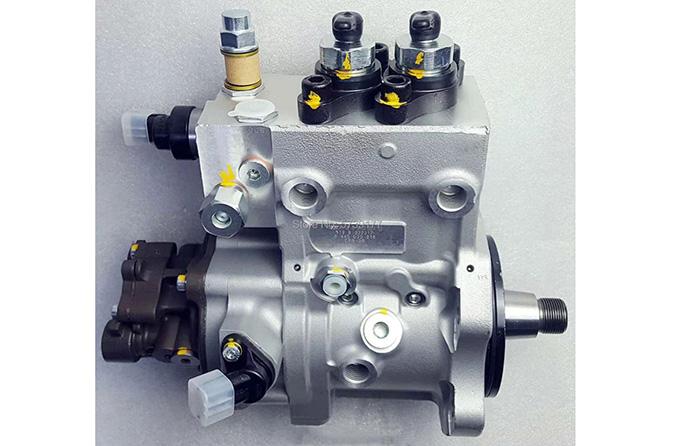 Because it starts out working at such high pressure, the tolerances inside the high pump and beyond are extremely tight.

Everything is regulated by a sensor or an electronic valve because of the extensive use of electronics, and hence nothing is easy mechanically.

The high pressure pump may fail as a result of faulty fuel, which is of poor quality. Only a portion of the high-pressure pump fails in most cases.

This metallic debris spreads throughout the supply system and contaminates the tank when a pump malfunctions. Even more worrisome is the possibility of injector blockage. Based on the material, we can determine exactly what went wrong with the high-pressure pump and fix it.

Most likely if the bearing is composed of aluminum, it has begun to disintegrate from the inside. It will wear out the pistons or pump system if the filament is exceedingly fine and the material very thin.

How do we know that the high-pressure pump will fail?

First, the check engine light will come on and the power will be cut off as we try to accelerate, thus it’s likely that the problem is with the injection rail.

For example, you can spend a little money on a brand-new high-pressure pump that comes with a warranty. Some people advocate for the purchase of a used pump from a salvage yard, but I strongly advise against this alternative because you never know what you’ll discover in a junkyard.

Our recommendation is to rebuild your old high-pressure pump, which may be done for a fraction of the cost of a new one.

The high-pressure pump reconditioning workshop also wants to recondition the injectors, clean the rail, and clean the injection pipes, which is a drawback, if you can call it that.

As soon as you see that the pump has started to lose material, you should clean the tank as well as the complete system. The newly refurbished pump will fail quickly once you install it. As a result, doing these procedures is beneficial.

In order to avoid this costly and problematic scenario, it is best to use high-quality fuel and change the diesel filter on time.

How much does a new diesel high-pressure pump cost?