If you’ve read enough auto blogs and magazines, you know that almost everyone in the business talks about how important an ABS, or Anti-Lock Braking System, is.

It’s hard to find a new car that doesn’t come with an ABS safety system these days. It is required in many places around the world. After all, it’s such a good way to keep people safe. In this article by Motoring Junction, we’ll look at why ABS is so popular and what makes it work so well. 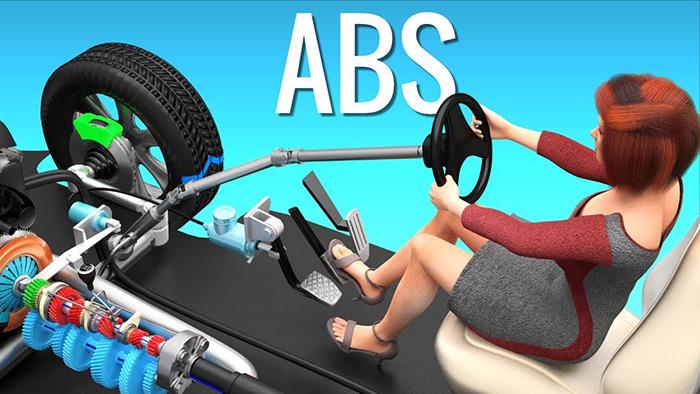 The Anti-Lock Braking System (ABS) is one of the most complicated and useful safety innovations ever made in the history of vehicle engineering.

When the brakes are slammed on, ABS keeps the wheels from locking up and skidding. Why is lockup a bad thing? Mostly, there are three main reasons for that:

Increases the distance you need to stop. The brake force is at its highest right before the wheel locks up. But when the wheels lock up, the vehicle skids and the distance to stop increases by a lot. When braking, the ABS system keeps the tyres in a good spot, which makes braking more effective.

Reduces the ability to turn: Let’s say you’re driving along a highway and a wild animal runs in front of you. You’ll probably automatically slam on the brakes. But you also want to steer away from the animal so you don’t hit it. Well, it will be hard if your car doesn’t have ABS. Once your wheels lock up and your car starts to skid, you can keep turning the steering wheel, but the car won’t go in a different direction. With ABS, the wheels still turn when you hit the brakes hard, giving you a better chance of avoiding danger.

Flat spots on tyres are often caused by slamming on the brakes of a car without ABS. These can make annoying noises while you’re on the road. Also, since the wheels aren’t round like they should be, the car might feel less stable when turning at high speeds.

When the wheel locks up, the ABS system releases the pressure on the brakes. This happens more than once when you brake hard, and you can feel it as a pulsing on the brake pedal. By putting the same amount of pressure on each wheel’s brakes, the vehicle stays stable even when you have to stop quickly.

This keeps the car from skidding and stops it before it can hurt anyone inside or near it. To put it simply, the ABS makes your brakes work better and are safer.

You should have a good idea of what the ABS does by now. It keeps a car from flipping out on the road if its wheels lock up. At first, the system was only meant to be used in jets, since jets have much faster landing speeds and can’t be stopped in a single second.

But as passenger vehicles got better and could carry more power, it made sense to put the system in them as well. So, Chrysler made the “Sure Brake”[3] in 1971, and it was great. Over time, this system has been called different things, like SureTrack, TrackMaster, and AntiSkid, but the name ABS is the one that most people remember.

Most countries now require that your car has an ABS system, and automakers are always making improvements to this part of the car. It is not easy to improve a feature that is changed almost every year. The ABS is built in such a simple way that if you change one part, it can either make the ride much better or much worse, so each part has to be tuned perfectly. To better understand this, let’s find out what makes an ABS what it is. 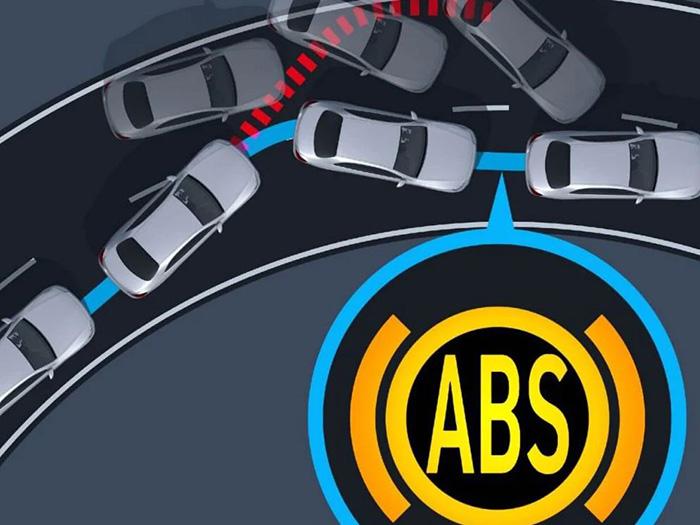 In its most basic form, the ABS would have five parts:

These are sensors that measure how many times the wheel turns per minute (rpm) and let you know when the wheels are about to lock up. This part will come up again in a later part of this article.

When you step on the brake pedal, this system gets information from the wheel sensor and starts working. They tell the ABS Control Module (described below) that you’re trying to stop the car.

The valves are basically the system’s arms and legs. They move around to put pressure on the brakes and take it off. To be exact, brake callipers.

The valves can’t move on their own, of course. Newton’s first law of motion says that they need to be pushed from the outside, which is what the hydraulic or air pumps in the ABS do.

In a sense, it is the system’s brain. The Control module will collect data and tell the physical parts, like valves and pumps, when and how to do their jobs.

These five parts all work together as a single unit, and adjusting them in different ways helps tune the system to perfection. Like any other technology, the ABS has its own ways of being grouped. Before we talk about how they work, let’s take a quick look at each of them.

ABS can be broken down into five different types based on the type of vehicle, the manufacturer, and the amount of power it has:

This system is usually found in vans, SUVs, and pickup trucks with rear-wheel drive. It uses a single sensor at the rear axle to measure how fast the back wheels are going. Both back wheels are controlled by a single valve. The valve will operate as soon as the sensor predicts that the wheels are going to lock (more on this in a bit). Since it only has one valve to do all the work, it can’t reliably and effectively distribute brake force.

This system was popular in the 1980s, when almost everyone drove a muscle car. It is not as common today. The way it works is simple: each wheel has its own sensor. If one of the sensors detects a lock coming, the two valves stop all four wheels at the same time. Again, the force of the brakes is not spread evenly between the wheels.

Adding an extra sensor to the back wheels helped a lot to solve the problem above. This system made it easier to predict when the wheels would lock, and it also made sure that the front wheels got a lot more brake torque.

The only downside is that the back wheels would have to share a single valve. So, if one of the rear wheels locks, the valve will lower the brake pressure even on the wheel that hasn’t yet locked.

Because there’s no reason you shouldn’t have separate, small sensors on each wheel and four separate valves to give each wheel the same amount of pressure. Most modern cars on the road today use this. Each wheel has a valve and a sensor that work on their own. Maximum stopping power and accurate readings make sure you’ll never slip again.

Now that almost everything is in place and you know what the ABS is, let’s take a look at how it works in real life.

Let’s say you’re walking down a road that is wet and slick. You’re driving along at 50 mph, worried that you’ll be late for work again, when all of a sudden, a cat jumps in front of your car. You are about 75 metres away. You see the cat quickly enough to slam on the brakes and stop the car about 10 metres away from the scared cat. You were sure you were going to hit the cat, but your car stopped just in time. What went wrong? One word ABS!

As soon as you pressed the brake pedal, the brake control unit got a green light and told the ABS control unit to do its thing. The ABS control unit just took the information from each of the wheel speed sensors, guessed how much pressure needs to be applied before the wheels lock and the vehicle goes out of control, and then did some quick math.

Once the theoretical data is ready, the control unit sends it to the pumps and tells them to push the valves at exactly this pressure. The result was a scared-to-death cat and a driver who looked like a ghost. Both were safe and sound, and the car was almost in perfect shape. When the car starts moving again, everything goes back to how it was. Job well done.

One of the most important things about the ABS is that it lets you have full control of the car and never makes you feel like you’ve lost it.

It also cuts the distance needed to stop by a lot, sometimes as much as 10 percent. This is true even when the surface is wet, as we saw with the cat.

While ABS is mostly good for driving in most situations. However, experts advise to turn it off while driving on slush and snow. In this situation, the ABS will actually make it take longer to stop the car.

This is because when the wheel locks up in snow, snow keeps piling up in front of the tyre, which helps stop the car as it is dragged along under the tyre.

ABS is probably one of the best safety innovations for cars and people in them. Yes, it should be handled carefully because machines always make mistakes. Even so, the chances of that happening are very low, and it would be silly not to think about getting an ABS for this one reason alone.

We have high hopes for this engineering marvel because it’s almost always being improved. We can’t wait to see what it turns out to be in the near future as it’s improved even more.

How Much Do Spoilers Cost
How Much Weight Can A Tailgate Hold
What Causes A Bad Control Arm?
Driving With Broken Motor Mounts