Almost every part of a modern car has a sensor built in by the manufacturer. But the crankshaft position sensor was one of the first sensors that automakers started putting in cars, and it’s easy to see why.

It’s one of the most important sensors in your car, and if it stops working, you could see big problems almost right away.

What Is a Crankshaft Position Sensor? The crankshaft position sensor does exactly what its name says: it keeps track of where the crankshaft is in your engine. It then sends this data to the ECU, which uses it to keep track of the timing of the engine and do a lot of other things. 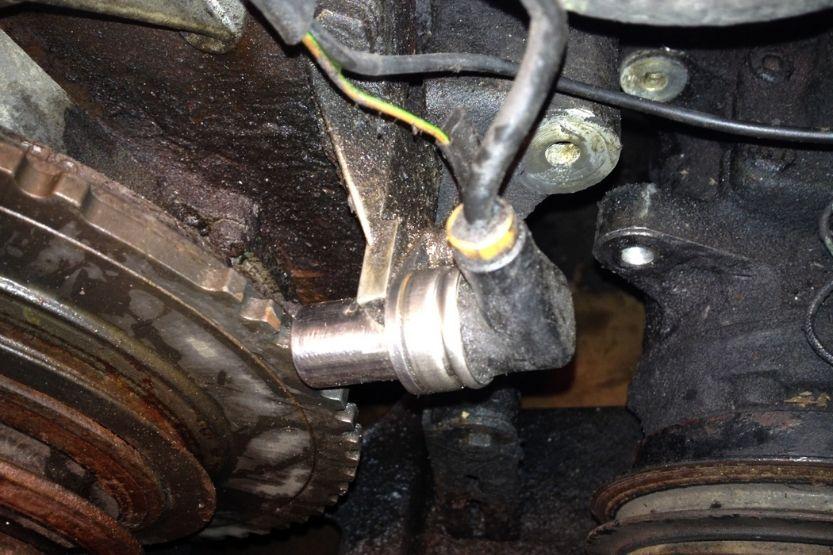 Your crankshaft position sensor is very important, so you should make sure it’s in good shape. Manufacturers have made these systems pretty self-sufficient, so there isn’t much you need to keep an eye on.

But if any of the following things happen, you should get your car checked out as soon as you can.

By far, this is the most common sign that the crankshaft position sensor is broken. In fact, you should still see a check engine light even if you have the other signs. If you don’t, your car probably has more than one problem because it can’t figure out what’s wrong.

But having a check engine light doesn’t mean that your crankshaft position sensor is broken. Check engine lights come on for a lot of different reasons, which is why you should get it checked out as soon as it comes on so you know what’s going on.

Most parts stores, like AutoZone and Advance Auto Parts, will check your code for free and give you a printout of the most likely problem.

Your car’s ECU and the crankshaft position sensor work together to set the timing of the engine. If the timing is off, the cylinders will fire at the wrong time, which will cause the engine to shake a lot. This can not only make your engine vibrate, but it can also cause a lot of damage that could destroy your engine.

It all depends on when you do it. If your engine tries to start in cylinder 2 while fuel is being injected into cylinder 4, nothing will happen. When its cylinder fours catch fire, you might get twice as much fuel, which can cause a lot of problems. If the crankshaft position sensor is broken, the engine is likely to run badly.

As it starts to fail, the crankshaft position sensor is sometimes just a little bit slow. If that’s the case, fuel injection and the timing of the engine as a whole will be right behind it. Even though this will make your engine run badly, the most important thing you might notice is that it won’t respond as quickly.

But the problem will get worse as time goes on. The longer you wait to replace the sensor, the more likely you are to do more damage.

If your crankshaft position sensor is completely off, it may be hard to keep the engine running. Even if you do get it to run, the engine might not be very good and give you a lot of backfire, and it might be hard to start.

Can You Drive with a Faulty Crankshaft Position Sensor? 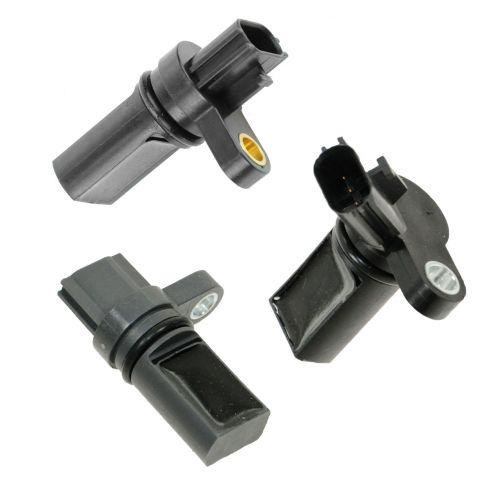 If your crankshaft position sensor is completely broken, it will be hard to keep your car running, and more damage will happen.

How Much Does It Cost to Replace a Crankshaft Position Sensor?

How Hard Is It to Replace a Crankshaft Position Sensor?

If you can change the sensor yourself, you can save more than $100, but how hard is it?

Before you mess with any of your car’s electrical parts, you need to take the battery out. This is because there are a lot of electrical parts in your car. As soon as you start plugging things in and taking them out, there is always a chance that static electricity will surge through different systems.

A quick surge of electricity can cost you a lot of money. To be safe, disconnect the negative end of the battery and wait at least 10 minutes before moving on.

Now is the time to find the sensor, if you haven’t already. It will probably be near the bottom of your engine. If you can’t find it, a quick search on Google should show you where it is. It might not be easy to get to, and you might have to take off a few other parts to get to it, but the fewer parts you have to take off, the better.

Crankshaft position sensors get their power from electrical connectors that can be quickly disconnected. To unhook the wires, let go of the pull tab and gently pull the connector out. Don’t pull on the wires because you don’t want to do more damage.

Once you’ve unplugged the wire, you’ll need to take out the bolt that’s holding the sensor to the engine. Most of the time, it’s just one bolt, and the size will vary from one manufacturer to the next. Mounting bolts that use Torx bits or hex head sockets are not unusual.

After you take out the bolt that holds the sensor in place, you can gently pull the sensor out. Corrosion and rust might have stuck it in place. If that’s the case, you’ll need to twist the sensor as you pull it out.

Once the old sensor is out of the way, it’s time to put in the new one. Make sure that when you put the sensor in place, the mounting bolt will line up. If you don’t, you’ll have to take the sensor out again and put it back in the right way.

Once the mounting bolt is in place, you can turn the power back on. You should hear the electrical connector click into place when you plug it in. If you don’t hear the click, try taking the connector off gently. If you can’t get it off without pulling the release tab, you’re good to go!

The last step is to put the battery back in. Since you took out the battery, the whole system should have been reset, so you should be good to go! Start your engine and check to see if the light is still on. If it is, the problem has been fixed. If not, the sensor was never the cause of your problem.

You might feel like there are too many sensors and electric parts in a modern car. Even though it might seem that way when things aren’t working right, sensors have made our cars better in many ways.

Even if it’s annoying to have to replace small electrical parts, it’s much easier for someone who doesn’t know much about mechanics to do that than to try to time an engine by hand.

What Is Tire Stretching?
Scraping Noise When Driving Slow
Do Exhaust Tips Make Your Car Louder
How To Fix Car Roof Lining Without Removing