For a variety of reasons, cross-threaded bolts might provide a danger or cause harm. Much damage can result from a problem like this. It’s possible, for example, that incorrect torque values will result. As a result, driving your car would be filled with unpleasant sounds and vibrations. Additionally, if left unchecked, it might cause engine damage. You should correct it as quickly as possible to prevent further damage. What may be the reason behind this?

What should you do if you have cross-threaded bolts? It’s best to remove the bolt, put it on a thread gauge, and mend the damaged part before reinserting it with the use of a die. Damage caused by cross-threading must be repaired first. Work your way to the bolt-placement location afterward.

An excessive amount of noise and vibration could be caused by a cross-threaded bolt. In addition to being a nuisance, the bolt is also a warning sign that something bad is about to happen if you don’t pay attention.

How Do You Fix a Cross-Threaded Bolt?

Cross-threading occurs when a bolt fails or is pushed into the wrong position. When a bolt’s threads are misaligned from the center, a new thread is formed, resulting in damage to the bolt and the nut.

The sooner you get it corrected, the better, because running your engine with it is a real pain. Step by step instructions for resolving this issue are provided below:

Match a socket with the damaged bolt.

Connect the cross-threaded bolt’s head to a wrench with a hex key. Once it is done, attach a ratcheting handle to the connector. Once you’ve turned the bolt counterclockwise, you can remove it from the component.

Obtain a socket and use it to match the damaged bolt’s head to the socket It’s possible to utilize a ratchet handle with a socket attachment to turn things more easily and quickly. After that, to remove the bolt from the component, turn it counterclockwise.

Use a thread gauge.

Using a thread gauge after removing the cross-threaded bolt is necessary. The pitch or lead of a screw thread can be measured with a thread gauge. Auto parts and online retailers both carry screw gauge and pitch gauge, other names for it. The bolt must be threaded into the hole in order to repair the damage.

Use a T-handle wrench and a cutting fluid.

Select a tap that is compatible with the bolt’s thread count and diameter. After that, use a T-handle tap wrench to tighten it. Pour cutting fluid over the threads and any broken areas of the tap.

Turn the tap to thread the damaged part of the bolt.

Rotate the tap clockwise after adding cutting fluid. The damaged pieces will be forced to thread into the bolt by this rotation.

Set the bolt’s head in a vise.

Use a die socket.

The bolt’s size and thread count must be matched to a certain die in a die socket. Turn the die socket clockwise to cut new threads on the bolt.

Finally, you’ll be able to insert the bolt into the threaded part.

What Happens If You Cross-Thread a Bolt?

Cross-threaded nuts and bolts are difficult to work with for everyone. There will be additional noise and vibration as a result of cross-threaded wheel nuts. In the worst-case scenario, a wheel stud could break, or a wheel could fall off.

When a fastener is placed onto a bolt at an angle to the correct position, it might cause the threads to cross.

They are designed to move over one another, allowing the threads’ peaks and valleys to interact with each other in a reciprocal manner.

It will be repaired by re-threading the female threads on the cross-threaded bolt. As a result, you must address the problem. To begin with, you’ll need to get rid of it, which isn’t an easy task.

How Do You Remove a Cross-Threaded Bolt? 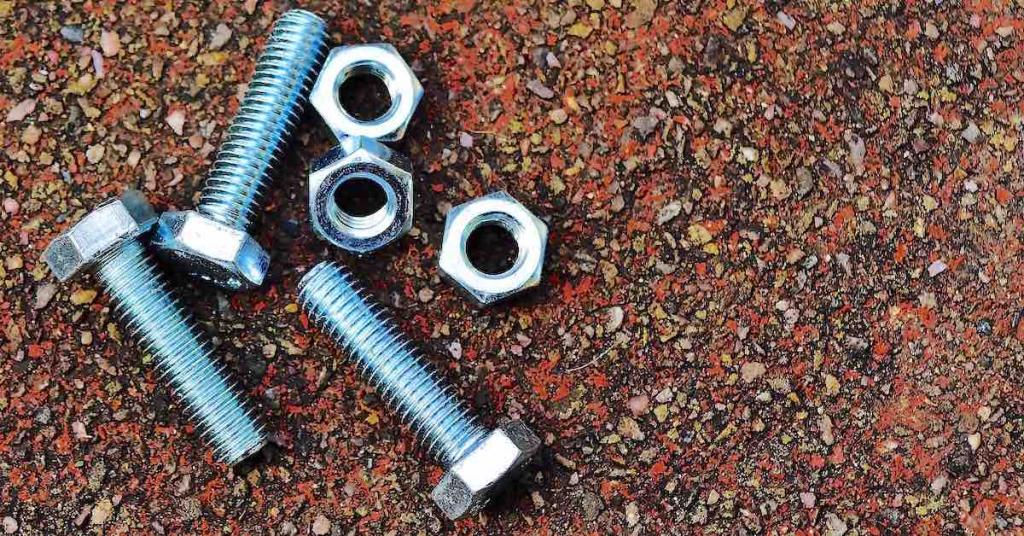 Because the threads are already broken, removing a cross-threaded bolt might be difficult. As a result, you’ll have to use more effort to remove the bolt in most circumstances.

To remove a cross-threaded bolt, you must first deal with the damage that caused it to become stuck in the first place.

Using a socket and ratchet, you can easily remove the bolt. However, it is great for rotating the bolt back and forth to release it as you make your way around it.

Rotating the bolt a few times will loosen it a bit, making it easier to remove. Make sure there is a small amount of tension before rotating in the opposite way.

It’s likely to bring you right back where you started. Then, flip it the other way around until it clicks off and you can safely remove it.

How Does a Bolt Get Cross-Threaded?

The risk of harm and damage from cross-threaded bolts can arise from a variety of sources.

Your engine could be seriously harmed if you have this issue. Incorrect torque values, for example, may be the outcome. As a result, your car will vibrate and make a lot of noise as you drive it.

If left unchecked, it could cause damage to your engine. Consequently, you need to fix it as quickly as feasible.

How Do You Test for Cross Threading?

Checking for damage to the bolt is the best approach to check for cross-threading. If you’re having trouble screwing the bolt in, there’s a chance the threads are damaged.

One last thing you may do is keep an eye out for any negative consequences. When your engine is running, a cross-threaded bolt can cause vibration and noise.

If you hear a clunking noise, it’s probably coming from the cross-threaded bolt. If the bolt is broken or cross-threaded, the misalignment in its location makes it easy to suspect.

A cross-threaded bolt can be a headache because it can cause a variety of problems. Although it’s an inconvenience, the repairs aren’t too difficult. Remove the bolt first, then thread it on a thread gauge, repair the broken piece, and then use a die to secure it back to its original position.

Fixing the cross-threading is the first step. It’s now time to head to the spot where you intend to insert the bolt. The damage and clanking noises and vibrations that can be caused by cross-threading can be avoided if you fix the problem with cross-threading.