If you’ve looked around the Internet, you may have seen pictures of SUVs that look like they have doors that slide back and forth.

These pictures are photoshopped, and we don’t know of any automakers who plan to make SUVs with sliding doors right now.

Still, this does bring up a good question. Why don’t modern SUVs have doors that slide? Here are some of them.

Why Don’t SUVs have Sliding Doors?

Since minivans and some cargo vans have had sliding doors for decades, you might think that your favourite SUV could also have sliding doors.

That’s not the case, though.

SUVs don’t have sliding doors because they are made with a standard B-pillar, which doesn’t work with sliding doors. The B-pillars are made to make the vehicle strong enough to go off-roading and do other things.

So, if automakers wanted to make SUVs with sliding doors, they would have to change the body structure of the vehicle so that it would be strong enough to keep passengers safe, especially in side-impact crashes.

Are Sliding Doors the Same as Removable Doors on an SUV?

Some SUVs, such as the Ford Bronco and the Jeep Wrangler, come with doors that can be taken off.

At first, you might think that if automakers can make these SUVs with doors that can be taken off, they could also make doors that slide.

But there is a big reason why removable doors and sliding doors are so different, and it has to do with the size of the doors.

When an SUV has doors that can be taken off, the doors and door openings are not nearly as big as when the doors slide.

Also, because these doors don’t have a B-pillar, automakers have to be careful to make sure the SUV’s frame stays strong enough to protect its passengers.

How Would Sliding Doors Look on an SUV?

Along with the fact that sliding doors are hard to make work on SUVs, most car companies have found that SUV buyers don’t want an SUV that looks too much like a minivan.

This is exactly what you would get if SUVs had sliding doors.

Even if sliding doors were a practical option for SUVs, most surveys of people who want to buy an SUV have found that they don’t want it to look like a minivan.

The way a car looks is a big part of why people want to buy it.

Automakers know that a sliding door on most SUVs will make people think of a minivan at first glance, no matter how hard they try to hide it or make it look like something else.

In the end, automakers think they would lose too much money if they tried to make such a big change to the body design. This is a big reason why sliding doors on SUVs aren’t likely to happen any time soon.

Do the body frames of SUVs and Crossovers look the same?

No, and that’s partly why neither of these types of cars has sliding doors.

But most car companies market their crossover vehicles as SUVs, even though they are not in this category of vehicles.

If you’ve paid attention, you may have noticed that crossovers are mostly used for regular driving rather than off-roading.

SUVs are often driven in cities, but many SUV fans also take their cars off-roading in the mountains and other places.

Because of this, sliding doors can’t be added to SUVs because their frames wouldn’t be able to handle the stress of off-roading if they did.

Would There be Practical Benefits to SUVs having Sliding Doors? 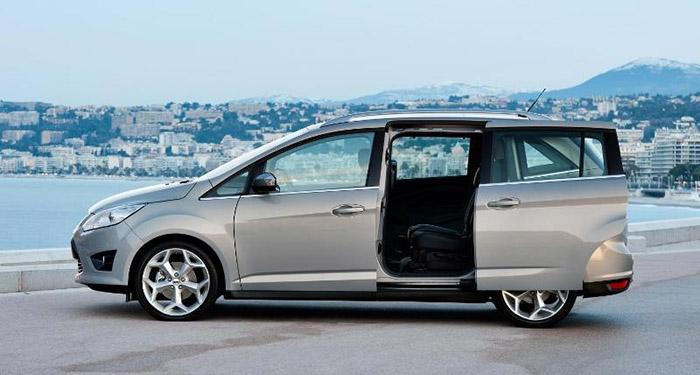 Even though most people probably wouldn’t like how an SUV with sliding doors would look, automakers agree that there would be a lot of good and useful things about having this option.

First, a sliding door on an SUV would not open as wide as would a regular door. So, you could park your SUV in a tight spot without worrying about hitting the car next to you in a parking lot or elsewhere.

The sliding door would also have a bigger opening, which would make it easier for people to get out of the car.

Will SUVs Ever Have Sliding Doors?

Even though it’s likely that designs could be made that would allow sliding doors to be added to the frames of most SUVs, we don’t think you’ll see a Wagoneer, Bronco, or any other type of SUV with sliding doors any time soon.

Automakers make a lot of money selling minivans and SUVs, but they also know that the people who buy these two types of cars are very different.

Most SUVs are marketed to buyers who want their vehicle to have a cool factor. Minivans are marketed to soccer moms as an efficient, reliable, and practical vehicle that can be used to take kids to school and get groceries.

In reality, the way minivans and SUVs are made is a lot like how minivans are made. Aside from a few small differences in the frames, they are basically the same.

Even so, if sliding doors are very important to you, you’ll probably buy a minivan or cargo van instead of an SUV if you want a car with sliding doors.

Some people think that the only reason minivans are still around is because they have sliding doors. However, this is a very simple way to compare minivans and SUVs.

Even though sliding doors are useful in many ways, you’ll be driving an SUV if you want to be cool and be able to take your car off-road almost anywhere you want.