When running a diesel engine, oil and fuel can combine, and this can cause problems. If you have a dipstick and find that the oil has a bigger volume and a more translucent colour, this could indicate the presence of diesel fuel. The difficulty with this is that it can take a long time and effort to diagnose and fix.

Why is diesel fuel in oil? 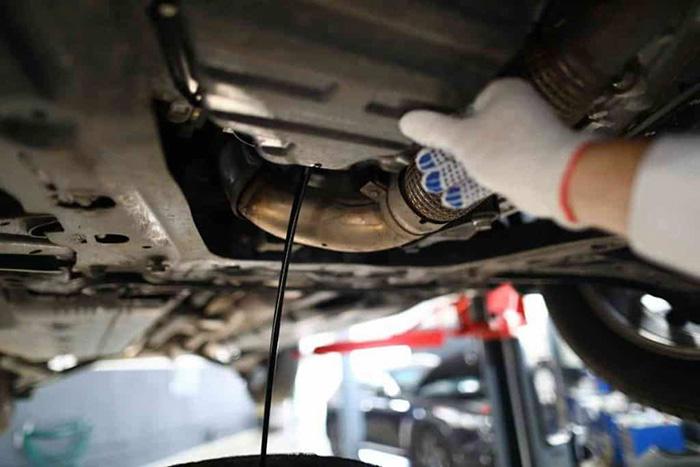 For this question to be answered, we need to know what the root causes are.

When a diesel engine is leaking oil, the most common cause is usually an injector nozzle failure.

The tightness of the nozzle seal can be compromised over time if the seal wears out. As a result, diesel oil will be present. The most common issue is that the sealing ring’s density diminishes on the nozzle. Diesel fuel will get into the oil significantly more quickly if more than one nozzle fails.

Occasionally, the spray nozzles will fail in full or in part. Rather than spraying fuel, the injectors will just pour it into the engine in this scenario. Fuel may not burn completely and enter the engine as a result. When the nozzle opening pressure decreases, the same phenomenon occurs.

If the high pressure fuel pump’s tough gaskets are damaged, diesel fuel may leak into the oil. High-pressure pump fittings, tubes and fasteners may also fail, resulting in this issue.

Gasoline can enter the pump if the high pressure pump’s defective plungers don’t deliver the needed pressure, and the fuel will mix with the oil in the pump itself. Mainly for older engines, this is the case. This is no longer the case in later engines.

There are occasions when the return fittings, in the copper washers that are accessible there, can be the trouble. They could be leaking diesel because they weren’t properly forced down, or they could just be faulty.

Regardless of the design of a diesel fuel pump, there will always be an oil seal that prevents the fuel from mixing with the oil. On some vehicles, fuel pumps have two oil seals. A specific channel of either fuel or oil will leak if the seals or one of the seals are worn out.

A malfunctioning exhaust gas regeneration system might allow diesel fuel to enter the oil. Because it is electronic, if the DPF pressure and temperature sensors indicate that fuel is needed, the system will deliver it and burn it in the filter to clean it.

There are two possible outcomes in this case. Due to a malfunctioning regeneration system, excessive amounts of diesel fuel are being continuously fed into the filter and into the engine, causing damage. Alternatively, a DPF has been removed but no changes have been made to the software, resulting in excessive amounts of diesel fuel entering the engine.

Crack in the cylinder head

Cracks in aluminum engine blocks might allow diesel fuel to enter the engine and mix with the oil. Cracks can be created in most situations by mechanics who do not use a torque wrench when installing nozzles. Microcracks may form as a result of the excessive stress, and these cracks may spread over time.

Besides the area where the injectors are, cracks can also be seen in the channels by which the fuel is brought into the engine. Many times these fissures are the consequence of an event, such as a vehicle collision. As a result, in addition to the head, you should also inspect the rail and the fuel lines.

The engine does not warm-up

It’s an unusual occurrence. If you drive short distances or the engine doesn’t have enough time to warm up—not to mention that you have a malfunctioning thermostat—diesel fuel may not entirely burn out before condensing on the cylinder walls. From there, it will already be mixing with the oil and can cause engine failure.

In order for this to happen, two circumstances must be met: a malfunctioning thermostat and an under-heated engine. If the thermostat isn’t working, the driver will at least notice some of the warning signs that it’s malfunctioning.

How to know that you have diesel fuel in the oil. Possible signs 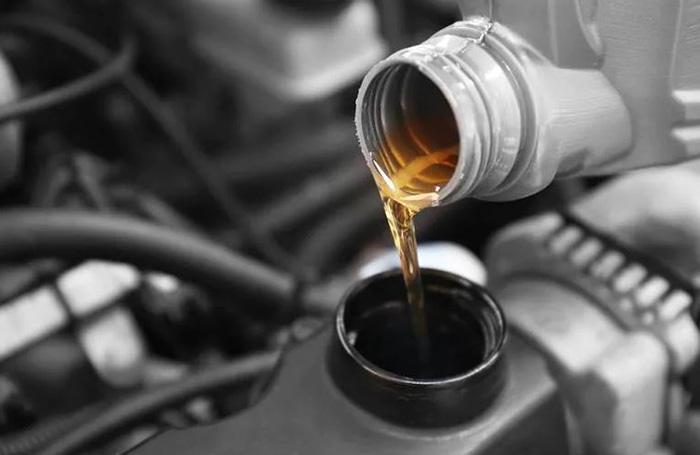 Checking the oil level and color with a dipstick will quickly reveal whether or not you have diesel fuel in it. If the oil level is excessive, it’s likely that coolant, fuel, or another fluid is being mixed in.

If it’s coolant, you’ll be able to tell by the color and consistency of the final product. As a result, if it’s diesel fuel, you’ll notice an increase in oil transparency and a distinct odor of diesel while the engine is heated.

As an alternative, you may notice the engine’s color and scent even when the oil level doesn’t rise. This indicates that there is a new issue that needs to be addressed.

Put the oil in warm water to see if you have diesel fuel in it. It will blur if the oil is free of contaminants. Oil drips will take on an iris shape if they include even a trace amount of gasoline.

Solutions for diesel fuel in oil

The oil’s qualities will diminish and its ability to withstand friction will diminish as a result of this unfortunate condition. As a result, the oil viscosity will diminish, resulting in a host of other issues, like the motor overheating, leaks, the loss of necessary system pressure, and more. This means that diesel fuel cannot enter the crankcase!

They are the most common reason of the presence of diesel in the crude oil. ‘

You can use an air compressor to examine the injector seals for looseness. The rail return channel, through which fuel is supplied, is enriched with compressed air. A small amount of diesel fuel should be sprayed around the nozzles to ensure that if there is a leak, air will bubble up and alert the driver. There should be between 3 and 4 atmospheres of pressure in the compressed air.

Invest in new O-rings. Repairs are made at a workshop if cracks are observed in the places where the injectors are fitted.

Before removing the nozzles that were inserted under the valve cover, take sure to check and pressurize the return pipes if necessary.

If the injectors have been removed, they must be pressured at all times. The spray nozzle and spray quality must be checked in this instance. You need to keep an eye out for diesel fuel leakage in the sprayer’s thread during the removal operation.

Changing the oil seal on the fuel pump may be able to help with this problem.

Use your car’s manual to check the space between the plunger pairs and the engine’s compression pressure. The rubber seals on the pump can also be checked and replaced if necessary.

To avoid having to replace the complete engine, it’s best to have a crack repaired in the head or its fuel rail. Welding is an option if the crack is minor, but it is not a guarantee of success.

It can be difficult and time-consuming to fix some causes of diesel fuel in oil. This is possible, though, if you locate a reputable auto repair business that performs the work appropriately. Adding high-quality oil and performing an engine flush are two steps you should take after fixing this issue.