Headlights are an everyday but important part of a car. They have bright filament bulbs with high performance that light up the road ahead at night. We use low and high beams to make it easier to see on the road, but they are used for different things and look and shine differently.

So, let’s take a closer look at how high beam and low beam headlights are different.

What Are Low Beams? 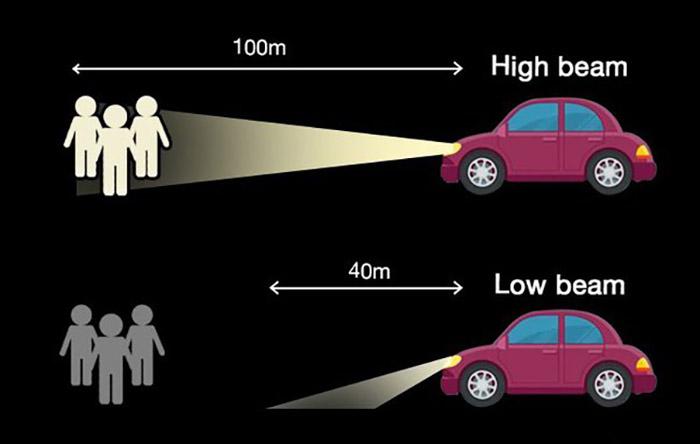 Low beams, also called “dipped beams,” are short-range lights that light up the road in front of the car. They give us better, more complete coverage on the road without making other drivers blind.

Low beams may be the most important beams in a car. At night, other drivers can see us because we light up the road.

Due to the progress of technology, low beams on newer cars turn on by themselves. To do this, these vehicles use sensors to find places where the light isn’t very bright.

You might notice that they turn on automatically when you drive through a tunnel or other long, dark area during the day.

When Do I Use Low Beams?

Low beams are good for driving at night or in bad weather like rain, fog, or snow. For instance, when it’s foggy, the fog on the road is made up of cloud molecules.

Glare is caused by the light from the high beams being reflected by these molecules. This is why it’s better and safer to drive with low beams when the weather is like this.

In cities with enough light, I also use low beams. On highways with little traffic, experts say that you shouldn’t use your low beams.

What Are High Beam Lights? 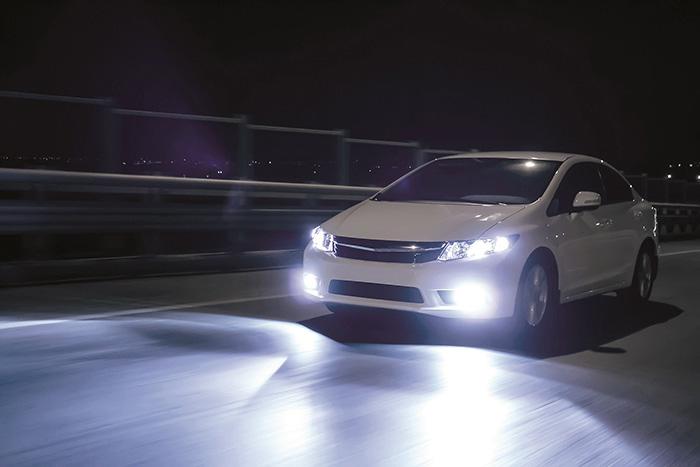 People sometimes call high beam lights “full beams” or “brights.” Most of the time, these long-range beams are turned on when there is little or no light. A place like this could be a road with no street lights.

These beams are good for places where there isn’t much or any traffic. The bright light from high beams can blind the driver behind you and also distract them.

The same thing happens to me when a car behind me turns on its high beams, which show up in my rearview mirror.

When I need more light for a short time, I turn on the high beams. In some places, it is against the law to keep the high beam on for longer.

When Do I Use High Beams?

Even though it may seem simple, different states have different rules about how to use high beams.

Some states have even gone so far as to make rules about how high beams can be used.

The high beams can light up the road up to 100 metres in front of the car. Most of the time, I turn on my high beam lights when I’m in places with little traffic, like the country or small roads.

Most of the time, drivers should turn down their high beams when they are close to oncoming or moving traffic.

Even with these rules, we sometimes see drivers who don’t turn down their high beam headlights.

When this happens, I try not to look right at their car because the light blinds me. Instead, I look to the right side of my lane to make sure I don’t go off the road.

Differences between High and Low Beams

When deciding between high beam and low beam lights, it may seem like the only difference is that one is brighter than the other. However, there are several other important things to think about.

This table shows the most important differences between a high beam and a low beam:

Do High And Low Beams Use The Same Bulb?

The low beams and high beams of a car’s headlights are both important, but they do different things. In spite of what most people think, they are not the same bulb.

My friend who knows how to fix cars told me that there are different bulbs for high beams and low beams. Some cars can switch between two different lights.

As the name suggests, there is only one filament in each of these bulbs. So, they can only be turned on or off. The headlights of cars with this kind of bulb have two separate bulbs.

The two filaments in these bulbs let them work as both high beam and low beam headlights. The low beam comes from the filament at the bottom. When both filaments are on, the bulbs get brighter, making a high beam.

The most common type of headlight bulb with two filaments is an H4 bulb. I like this kind of bulb because if it burns out, I only have to change one.

Do Low Beams Stay On With High Beams?

With the help of a custom harness, the H4 bulb with two filaments has three pins that let both beams stay on at the same time.

This harness connects the wires for the low beam and the high beam, making them both work at the same time.

How to Turn On High Vs Low Beams

Most new cars automatically turn on the high beams or low beams when the engine starts. For older cars, manual is the default.

In either case, the steps are pretty easy to follow!

Here are the steps you should take to change from low beams to high beams.

Find the controls, which are often on the dashboard or the control arm of the steering wheel.

Check to see what the power button says (‘o’ for off).

Check to see if the lights are on or if they are still off.

Pull the handle away from me until you hear a click.

It is against the law and dangerous for everyone to drive when the lights aren’t working well. Low beams and high beams both light up the road, but they do it in different ways.

Knowing the difference between low beams and high beams can help us drive better and see farther at night.

what is a two point turn
Is It Illegal To Sleep In Your Car In North Carolina
RPM Fluctuates While Driving: 4 Most Common Reasons
5 Best Tailgate Lock That You Need Know