Do Car Batteries Recharge Themselves Updated 01/2023

Having a dead car battery can be frustrating and annoying, whether you are late or just out driving. Sometimes, we wish that car batteries could either charge themselves or never run out. So, could a car battery be made that charges itself?

Batteries in cars are charged when the crankshaft’s mechanical energy is turned into electrical energy by the alternator. Only when the car is moving or idling does this happen. Even though a fully dead battery can be jump-started, it will need to be replaced at some point.

I’ll tell you more about how the battery is charged and what to do if it stops working.

How the Battery Charges 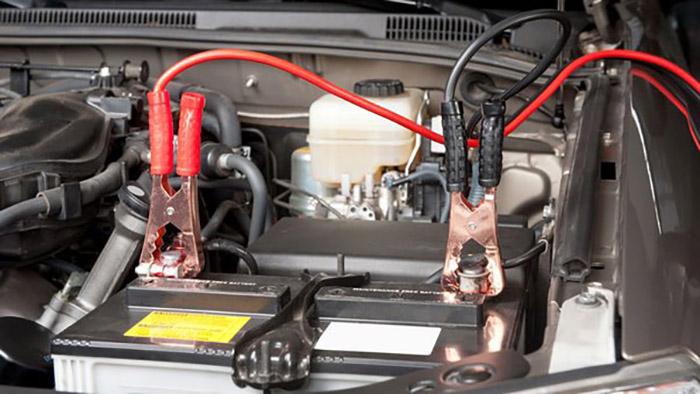 When you need to jump-start your battery, there are mechanics in place to help the car start. Two lead plates are submerged in distilled water and sulfuric acid in every car battery.

These plates are connected to terminals that stick out of the battery and have a bump on them. This is where you hook the jumper cables when you need to start your car.

When you jump-start your car or just turn the key, the battery gets going with a jolt of electricity. The alternator works as a generator and keeps the battery charged and running by using an electromagnet.

The alternator charges the car’s battery so that it will have enough power to start itself the next time the car is turned on.

How to Jump a Battery

Jump-starting a car battery is something that almost everyone will have to do at some point in their lives.

Because cars need to be jumped so often, it is very important to know how to do it safely. This information will be useful whether it’s your car or someone else’s.

Steps to Jump-Start a Car: 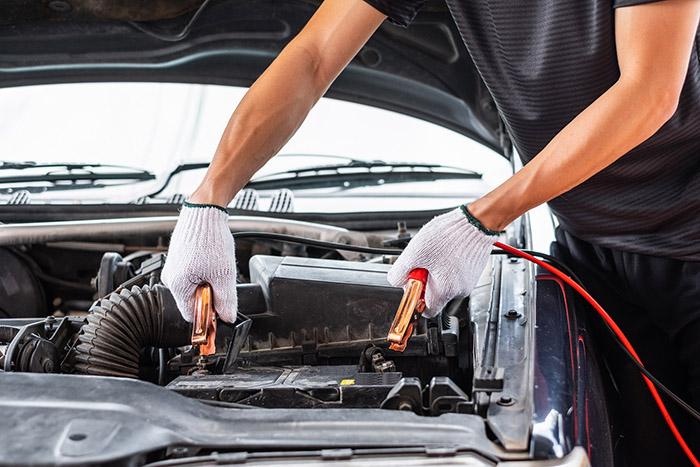 Step 1: Keep a set of jumper cables in your car.

A set of jumper cables is one of the best things to keep in your car. If your car battery dies, it can be hard to find someone willing to help who has jumper cables.

If you keep jumper cables, you’ll never have to worry about where to find them.

Step 2: Put both cars in park or neutral with the ignition off.

Also, the parking brake should be set. If you don’t turn on the cars’ engines while connecting jumper cables to the battery, you’re much less likely to hurt yourself.

When the cables are connected to a vehicle, the clamps should never touch.

The bigger end is always the one that goes to the positive.

Step 3: Attach the red clamp to the dead battery.

Step 4: Attach the other red clamp onto the working battery.

Again, make sure it’s connected to the battery’s positive terminal.

Step 5: Attach a black clamp onto the working car’s battery.

This clamp goes on the negative terminal, which is usually marked with “NEG” or “-.”

If the battery doesn’t say so, the smaller of the two terminals is the negative one.

Step 6: Clip the last black clamp onto an unpainted, metal part of the dead car.

Make sure the metal part it is clamped to is not close to the battery to stop sparks. Red clamps should always go on the positive terminals first, followed by black clamps on the negative terminals.

Step 7: Start the working car and let it run for a few minutes.

This will give the dead battery a chance to be charged a little bit so that it has enough energy to start itself.

If it does not start, let the working car run for 5 more minutes and then try again. It might not have been charged enough to make that first jump, so be patient.

This is likely to happen if the working car’s voltage is lower than that of the dead car’s.

Step 9: If the car starts, leave the engine on and disconnect the cables.

This will help charge the battery more so that the next time you try to start the car, you won’t have to jump it again.

When a battery dies, you can’t always save it. This means that batteries sometimes die because they have no more power left in them.

Batteries are things that can be used up and need to be replaced. They can be recharged, but there comes a time when they can no longer hold a charge and need to be thrown away.

If you have to jump-start your car often, it means that the battery doesn’t hold a charge very well.

If giving the battery a jump doesn’t work, your car needs a new battery for sure. That battery is completely dead and can’t be brought back to life.

If you have to jump-start your car often, it means that the battery doesn’t hold a charge very well. It will soon stop working and won’t start at all, so you should replace the battery as soon as possible.

California Window Tint Laws That You Need Know
How To Wash A Black Car Without Water Spots
Should I Use A Car Cover In The Garage?
Subaru WRX Miles Per Gallon