What is a catalytic converter and how it works?

Most of the toxic exhaust gases can be converted into cleaner ones by using a catalyst. There are layers of ceramic, catalysts, and insulating layers that make up the honeycomb structure of the catalyst.

Why do cars need a catalytic converter? 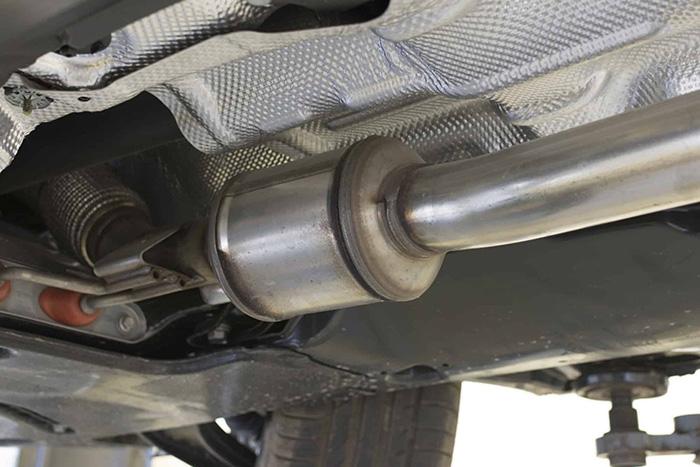 We needed to learn more about how engines pollute in order to appreciate the importance of catalysts. Cars’ engines run on either gasoline or diesel, both of which are derived from crude oil.

Hydrocarbons make up the majority of petroleum (molecules made of carbon and hydrogen atoms). In theory, the combustion of any hydrocarbon-based fuel with oxygen from the air produces a significant quantity of energy. As a result, carbon dioxide and water vapor are produced, which are relatively benign atmospheric constituents.

Hydrocarbons are just one of around 150 compounds that make up gasoline; it also contains a variety of other additives. As a result, gasoline doesn’t burn cleanly as we’d ideally prefer. This causes pollution. Carbon dioxide, as well as volatile organic compounds and nitrogen oxides, are among the harmful pollutants emitted by internal combustion engines.

When you look at the atoms in a pollutant gas, you’ll see that they’re made up of innocuous molecules. Once the engine has stopped, these molecules can be separated before they are discharged into the atmosphere, which would eliminate pollution. In this case, the catalyst is a basic device that harnesses chemical reactions to reduce engine pollution.

Triple-acting catalytic converters are standard equipment on the majority of new cars, and the term alludes to the catalyst’s ability to reduce CO, VOC, and NOx molecules. A reduction catalyst and an oxidation catalyst are used in the converter. In both cases, a metal catalyst, usually platinum, rhodium, or palladium, is coated on top of a ceramic framework. Designing a structure that maximizes the area of catalyst in the exhaust stream at a minimum cost is the goal (catalysts are very expensive). The following are the primary determinants of conversion rate:

Today, the trivalent or triple-acting (or three-way) catalyst on ceramic support is nearly the only one being employed. Honeycombs and ceramic balls are the two most common forms in catalytic converters. There are honeycomb structures in most autos these days.

Can the catalytic converter reduce pollution even better?

Catalyst transformations work best when carried out at high temperatures. The catalyst ignition point is the moment at which the catalyst’s efficiency exceeds 50%. For most catalysts, the ignition point is between 250 and 300 ° C, so it is critical that the catalyst temperature reach the optimum working range (400 to 800 ° C) as soon as the engine is started. By putting the catalyst as close as feasible to engine on the exhaust manifold, we can get it heated up quickly.

A heating resistor placed in front of the metal monolith helps some catalysts operate at their optimal working temperature. Thus, the electric resistor is driven by electricity and generates heat when it is turned on at the beginning. The heat from the heating resistance is absorbed by the flue gases, which then enter the catalyst and speed up the process of heating.

Problems and symptoms of a bad catalytic converter 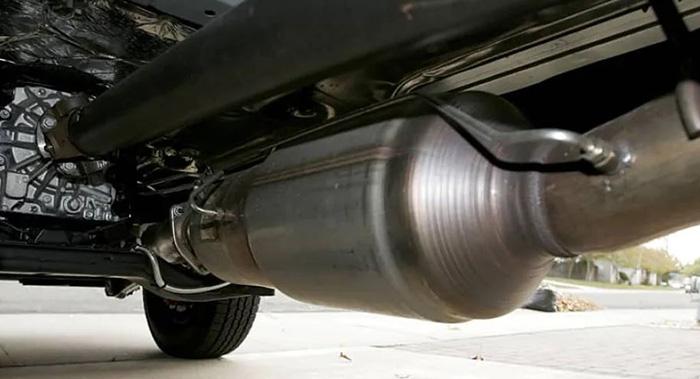 An overheated catalyst may suffer permanent damage or possibly be rendered inoperable. The catalyst ignites the unburned air-fuel mixture, which raises the temperature in the exhaust manifold to dangerous levels. The temperature of the catalyst can rise as high as 1400 ° C from the combustion of air and fuel. Catalyst efficiency can be adversely affected by exposing it to high temperatures. If the catalyst temperature rises over roughly 1000 degrees Celsius, irreversible degradation occurs, and the pollutant emissions are not converted throughout time and many exposures.

Engine misfire is the primary cause of catalyst damage caused by high temperatures. The following factors contribute to its occurrence:

When the engine is idle, it will vibrate and shake violently, and at high speeds, it will be sluggish and underpowered. The OBD2 standard necessitates this diagnosis because to the catalyst damage caused by high ignition rates. Engine damage (limited performance) may be necessary to protect the catalyst if this happens. The check engine light will on and the vehicle may enter the damage regime (restricted performance).

Using an OBD2 scanner, check to see if you get a P0420 error code if you have a check engine light on the dashboard. This error code happens, most of the time, if the catalytic converter is malfunctioning.

It is possible for the catalyst to become contaminated, causing it to lose its ability to trap carbon emissions. These include engine coolant leaks or a scenario in which toxic particles enter the exhaust system as a result of oil fires.

In instances when you travel by car frequently but for short distances, contamination can develop. Catalyst regeneration is possible under these conditions.

The catalyst might become blocked over time if the oil combination is incorrect or the exhaust system is not operating at normal limits. Maintaining and continually monitoring vehicle emissions can help keep clogs at bay.

Poor engine performance, sluggish acceleration, black smoke or sulfur stench coming from the exhaust pipe, excessive heat under the vehicle, weird noises, and higher fuel consumption are some of the most prevalent indicators of a defective catalyst in cars today..

How to clean a clogged catalytic converter

Fuel consumption, engine performance, and toxic gas emissions can all be negatively affected by a clogged catalyst. In order to fix the catalyst without taking the car in for service, these are the procedures you must take.

How to repair a catalyst that is making strange noises

Parts begin to vibrate and create noises as monolithic filler in the substrate breaks down. It is better for your car if you can postpone breakdown of the substrate because it is the one that absorbs the hazardous fumes. In order to find out where the spare components are, utilize a mechanic’s stethoscope. Give each area a tiny hole and secure with screws. These will take the place of the broken pieces and postpone the need for a new catalyst.

Alternatively, the catalyst’s heat shield may begin to produce noises. More hose clamps can be joined together to make a larger hose clamp around the shield, which is a simple solution. The shield should be held in place as tightly as possible.

It’s time to replace your catalytic converter if you’ve tried everything to fix it.

The costs of replacing the catalytic converter

Depending on the make, model, and age of your car, the price of a new or used catalyst might vary dramatically. These can cost as much as $500. On average, it costs between $80 and $300 in labor.

How to clean the catalytic converter without removing it

Catacleaner is a product that claims to be able to clean the catalytic converter without removing it from the vehicle. It doesn’t matter if you drive a diesel, gasoline, or hybrid vehicle; this is an excellent answer. In addition to cleaning the catalytic converter, catacleaner also helps to keep the oxygen sensors and the rest of the exhaust system in good working order.

An OXICAT tank full of OXICAT is needed to perform its intended function, and then a few miles of driving is required to determine whether the car can now be driven better than before. Remember that the coolant temperature in your automobile must be constantly monitored to ensure that there is no risk of overheating.