There’s a lot of information on the internet claiming that installing a cold air intake would increase your horsepower by 30. Most people have the false understanding of what a cold air intake is, even though it is scientifically proven to boost power.

If you’re wondering how cold air intakes operate, what they can do for you, and whether or not you’ll see an improvement in power, look no further than this article.

For the most part, the installation of cold air intakes is done to improve engine sound rather than boost horsepower. Through better throttle response, big block V8s can gain a small amount of performance.

How Does The Cold Air Intake Work? 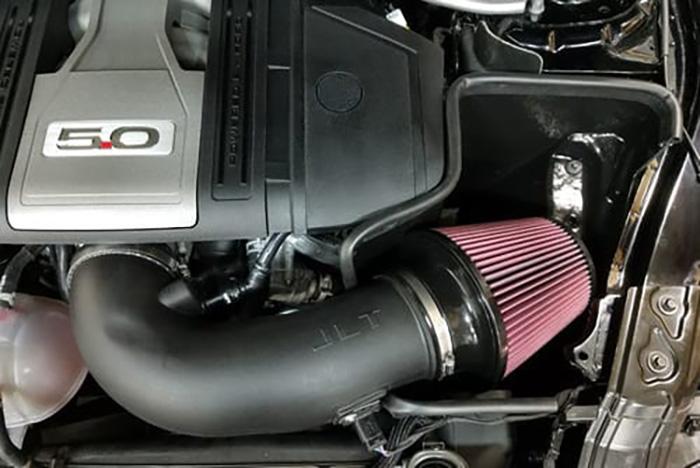 An engine bay air filter that is moved to an outside location to reduce air temperature is a common feature in all cold air intake systems.

Internal combustion generates a great deal of heat, therefore the air inside the engine compartment can get quite warm. There is more oxygen in cooler air, which results in a more vigorous combustion. Installing a cold air intake accomplishes this.

I’d put my faith in K&N if they promised an increase in horsepower. They claim, however, that a Ford Mustang GT with factory-installed 300 horsepower gains 15.26 hp. For a $300 item, that’s a power bump of no more than 5%.

Because most cold intake kits don’t truly sit outside the vehicle, the cone filter is exposed, making them less effective than a traditional cold air intake.

The intake must be placed to the side of the radiator or under the bumper to catch cold air that hasn’t entered the engine compartment in order to see considerable improvements in performance.

How Much Horsepower Does A Cold Air Intake Add?

It’s not as easy as it appears to increase an engine’s horsepower. With the exception of a turbo charger or a supercharger kit, every additional component boosts the vehicle’s performance in a negligible way.

Three factors must be taken into account while discussing performance improvements.

Modders often agree that cold air intakes are unnecessary for small naturally aspirated engines because the standard intake does an adequate job of supplying sufficient air to them.

Even though cold air isn’t a factor for larger engines, aftermarket intakes can often enhance airflow by a significant margin. Big block trucks and SUVs benefit the most from this improvement.

Forced air induction (FAI) in supercharged and turbocharged engines can heat the air and necessitates high airflow, hence they benefit most from a cold air intake.

The more power a vehicle has, the more power it can produce. A decent cold intake kit can increase horsepower by up to 5%, however the exact figure is hard to pin down.

The Benefits Of A Cold Air Intake 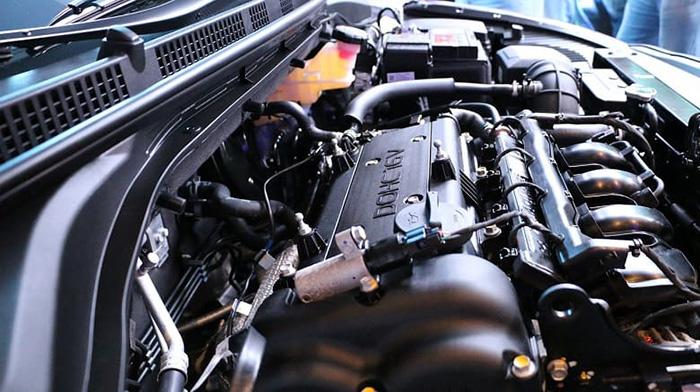 What are the advantages of increasing your intake?

Although the increased strength is not assured, most people don’t seem to mind. The improved turbo sound is the primary advantage of cold air intake.

Installing a more open style cold air intake allows you to hear the turbo’s whistling sound and the woosh it makes as it expels the air that it takes in when you let go of the throttle.

The top aftermarket intake manufacturers should be included as we’re talking about the advantages of cold air intake.

Since the early ’60s, K&N has been one of the most dominating businesses in the air filter market. The company’s first cold air intake system was developed in 1992, and since then, the recipe has been refined to provide some of the greatest goods available.

Installing their cold air intake kits takes less than two hours because they include everything you need. They’re covered by a limited warranty that lasts for 10 years or 1 million miles. The package includes a washable and reusable high flow air filter from K&N, which may be used for up to 100,000 miles before needing to be cleaned.

K&N, on the other hand, has been around for more than a century, and AEM was created in 1987 in California. The company claims to have coined the term “cold air intake” in the mid-nineties and has been in the modding business since its start.

I’m not sure if that’s the case, but I can tell you that their cold air intakes work well. Whether you’re looking for a specific vehicle-specific or universal cold intake kit, AEM has you covered.

Another American firm, Volant, has been manufacturing cold air intakes since 1998. Products from this manufacturer have found applications across the automotive sector and are frequently chosen by enthusiasts looking to boost their car’s performance.

To remain competitive, both metal open and closed box intake kits are priced between $300 and $330. It’s easy enough to put together that you don’t need a professional’s aid.

Cold air intake kits under $300 are hard to come by, but Spectre Performance offers high-quality kits for just $215!

For all intents and purposes, Spectre may now be considered the finest value in intake systems.

The regular Amazon deals, where prices might drop to $175, mean that these kits are less expensive than similar ones sold by other companies by nearly half. Spectre Performance cold air intakes are a great option if you’re on a tight budget.

Fast-growing Injen has carved itself a niche in the industry with slightly less expensive intake kits. You can choose from a variety of intake styles and the high-quality construction ensures an unobstructed and cooler airflow

Some Injen cold air intake kits can be had for less than $300, although a large percentage of them fall into the $300-$350 price range. I would go with either K&N or AEM at that price point because they’re more popular and safer.

How To Install A Cold Air Intake

If this is your first time installing a cold air intake, be sure to get a model-specific kit because it is specifically engineered to fit in the engine bay’s narrow space and includes installation instructions. You can get a sense of what to expect from this guide by seeing what tools you’ll need and how the process works.

Using this video, you can learn the basics of installing a cold air intake, but more importantly, you can see how to route the intake effectively. The filter must be sent outside the engine compartment if you want to see a difference in performance.

There’s always a danger that something will go wrong when you install an aftermarket part on your car. A cold air intake should not cause any problems if all the parts are properly secured and the MAF sensor is correctly installed.

If the automobile is running well, you can safely overlook the check engine light as a warning that something is amiss with the intake manifold.

The ECU’s air fuel mixture should be adjusted as a result of the MAF sensor adjusting to the new values. In order to get the best possible results, you should remap the ECU.

Having a well installed intake filter sits quite low in the car, allowing it to soak up rainwater and puddle water while driving. When operating a modified vehicle, weather conditions must be taken into consideration.

How much HP will I gain from a cold air intake?

There are many variables that influence how much horsepower you’ll gain, but the best case scenario is a 5% increase in power and improved throttle response. If you’re looking for a boost in horsepower, you’re better off going with a stock arrangement.

Is a K&N cold air intake worth it?

Power gains are not to be expected with a K&N intake, so don’t waste your money on one. Because they remain within the engine compartment, most aftermarket intakes just increase airflow rather than delivering much colder air to the engine.

Does a muffler delete add HP?

No effect on performance is caused by removing the muffler. Aside from adding volume to your exhaust, a deletion could land you in hot water with the law since it is generally regarded an illegal alteration.

Does removing a resonator increase HP?

The resonator, like the muffler, does not affect performance. Its sole function is to minimize the exhaust pipe’s noise.

Since each state has its own set of rules, this is a difficult one to answer definitively. Manufacturers of cold intakes will indicate which kits are prohibited from being installed on public streets and which kits can be used legally in all 50 states.

What are the cons of a cold air intake?

Cold air intakes have no significant drawbacks other than the expense of a few hundred dollars, unless it is installed low where the air filter is exposed to rain and puddles.

What to do after installing a cold air intake?

With this tweak, you’ll be able to get the most out of it

How much HP does a cold air intake add to a 4 cylinder?

A cold air inlet on a four-cylinder engine may not result in any increase in horsepower. These engines typically don’t have more than 2 liters of displacement and under 200 horsepower, so the benefits will be minimal at best.

Aside from improving performance, cold air intake changes for smaller engines are sometimes performed to improve turbo noise and aesthetics in the engine compartment as well.

How much HP does a cold air intake add to a V6?

Because they are larger, V6 engines can benefit from a cold air intake, but this is only true if the engine is supercharged or turbocharged.

How much HP does a cold air intake add to a V8?

A high-quality cold air intake will make a difference on standard big block V8s. Increased airflow will improve throttle response and somewhat increase power output in a large engine. Aftermarket intakes aren’t always better than a factory-installed intake if your engine has previously been custom-tuned.

How much HP does a cold air intake add to a Mustang?

In order to establish if an aftermarket cold air intake will even improve the performance of a Mustang, it is quite tough. The V8 engine in the Mustang, in contrast to those used in trucks and SUVs, has been specially tuned from the factory.

A $300 cold air intake is unlikely to outperform the factory intake on the 6th generation Mustang GT, which produces 460 horsepower from a 5-liter V8.

This improvement could add up to 5% extra horsepower to older Mustangs with low output V8 engines.

It’s difficult, if not impossible, to gain a large power boost from a cold air intake, as I’ve stated numerous times throughout this essay. After fitting more high-performance parts and reducing the weight of the car, the real improvement in power can be seen.

For larger V8 engines in trucks and SUVs, or turbocharged cars, the update can be advantageous. However, it may not be necessary for all vehicles.

There is no better option than K&N cold air intakes if you decide to make the investment, as they offer excellent value in terms of both design and materials.