People say that these car fans have developed strong feelings for their cars.

They want their cars to be perfect in every way, so they make changes to them. This makes a lot of car owners wonder if exhaust tips will make their car louder or not.

Adding exhaust tips to your car or truck makes it sound louder and deeper for very little money and very little time. They also make the engine run better and use less gas, so if you want your car to be louder, they are a win-win.

This article will talk about this topic in more depth, with a focus on exhaust tips and how to make a car sound louder.

Do exhaust tips change the sound of a car? 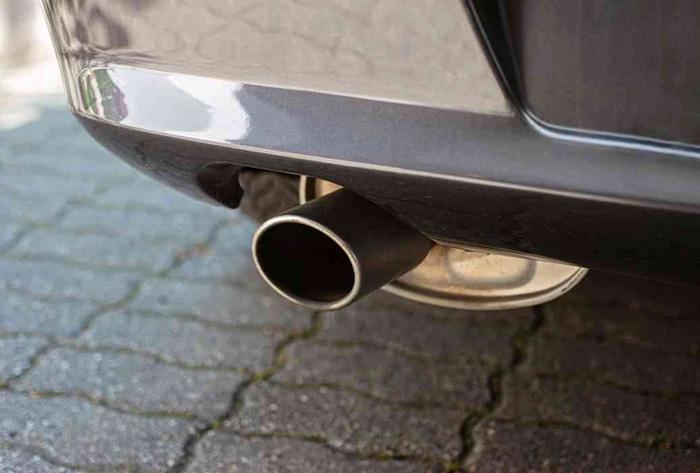 Exhaust tips, which are a common aftermarket upgrade, do change how a car sounds, but only to a certain degree.

Your car’s exhaust system works to get gases that are made in the engine out of the car and into the air.

Now, technically, this exhaust tip is just a way to make the car look better and more appealing.

It doesn’t change how well the exhaust system works.

Even so, it is a very popular modification because it lets the user add tips that can make the vehicle look better from a cosmetic point of view, depending on what the owner wants.

Now, the sound the car makes can be changed by the shape of this tip and the way the pressure of the exhaust gas pulses.

It’s kind of like how the shape of a musical instrument affects the sounds and harmonies it makes.

Now, if we look at the pressure pulses from the exhaust of these big cars and the size of their engines, we can see that they are bigger than what we see in music.

Due to these changes in air volume and frequency, the size of the exhaust tip can have a big effect on how the sound sounds.

The size and shape of this tip can make the sound of your car’s exhaust harsher and raspier or deeper and fuller, depending on how you adjust it.

This is a direct result of whether you buy muffler tips with bigger or smaller tips or even tips with two walls.

The choices are different, and so are the results.

Now, as we’ve already said, the exhaust of a car doesn’t just depend on the tip; it also depends a lot on the rest of the system.

Now, when talking about tips in particular, size does matter!

The sound gets deeper when the tips are bigger and the lengths are longer. On the other hand, the car will sound louder if the same pipe is modified to have a bigger diameter, especially if the diameter is bigger than the original pipe.

You could say that a pipe with a smaller diameter slows the engine down because the exhaust stream moves more slowly. This makes the exhaust sound quieter.

But, as we’ve talked about, a larger diameter makes the engine and car louder, especially if the original diameter of the pipe was acting as a restrictor.

What makes your exhaust louder? 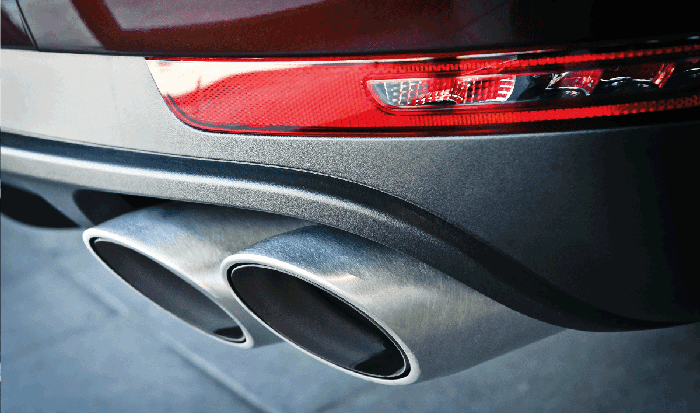 Cars are made to make sounds that don’t break the noise laws of the country they’re supposed to be in. Because of this, the number of decibels that the car exhaust can make is limited by the rules for putting the car together.

But if a car owner still likes a louder or rougher sound from his car, there are obvious changes that can be made.

One of these changes would focus on what is called a “straight piping” instead of the exhaust tips.

In straight piping, all of the inner parts of the exhaust system are taken out, leaving just one straight pipe.

This means taking out the system’s catalytic converter, resonator, and sound muffler.

Another option would be to just replace the muffler with one that makes the sound louder and add a different exhaust tip.

Just make do with your exhaust system.

If the exhaust pipes and tips are bigger or more visible, the engine’s gases will be able to leave more easily and quickly.

Because the diameter of the pipe is bigger, the tone will be deeper, and there will be more reverberation, which will make the sound more aggressive.

Other changes include adding “headers,” using “cat backs,” putting holes in the exhaust, or even adding speakers to improve the sound.

Most of the time, these changes are more expensive and involve new setups, but they do improve the sound quality.

What makes your car sound louder?

As we just talked about, the exhaust system is the only way to make your car sound louder.

How you use it, how you change it, and how you tweak it.

If you want your car or other vehicle to be louder, all you have to do is take the exhaust kit apart and use the parts you think are best for your vehicle.

Or you could just get a better engine that can make more exhaust.

In short, you can do all of this with the following methods:

Putting holes in the car’s exhaust to make it sound louder.

The car’s engine is getting a makeover.

Putting on different mufflers to change the sound.

Welded mounts instead of rubber hangers.

Making Your Exhaust Louder By Modifying The Tips

In the end, this is how you can change your car’s noise to make it sound like anything you want.

Watch out for state or country laws that say you can’t do this, because if you make too many changes, the owner could get in trouble.

One thing to keep in mind about modern cars, like electric cars or cars that are more aerodynamic, is that they either don’t have an exhaust kit or are made in a way that makes it impossible to add one. Keep all of this in mind before you buy a car.

But yes, think outside the box. There are many ways to make your car sound better, and we hope this article helped you learn about them.

Ram 1500 Transmission Problems
Labor Cost To Replace Alternator
Legal Tint In Colorado That You Should Know
What Is The Darkest Tint You Can Legally Get In IN?