The Jeep Wrangler is known for how well it does on rough terrain.

It has earned the Trail-Rated badge, but many people stay away from them because they think they are more likely to roll over or tip over than other SUVs.

In this article, we’ll see if this reputation is true or if the Jeep Wrangler is no more likely to tip over than any other SUV.

When you put all of these things together and add a lift, like when you go over an obstacle on the trail that makes the vehicle tilt to one side, it can make them more likely to flip.

The Jeep Wrangler is more likely to tip over than a long car or truck, but how do they compare to other SUVs? Let’s look at Wrangler’s past to find out more about this question.

Why Do Jeeps Have A Reputation To Roll? The first Jeep was a military car called the Willys. The Jeep CJ was the first one that people could buy.

Like the military version, the Jeep CJ had a short, narrow wheelbase and springs on the inside of the car.

At that time, this was something new and different for most people, and many drivers had never driven this kind of car before.

So, because they weren’t used to it, many drivers rolled their cars.

This is where Jeep got its reputation for being easy to roll, but modern Jeeps have nothing in common with the early ones.

They are bigger, heavier, and longer, and they have more advanced systems to keep them stable and stop them from tipping over.

Adding lift kits or huge tyres will, of course, raise the centre of gravity and make it more likely that the car will flip over in a curve or in an accident.

SUVs and trucks with short wheelbases that are like each other all have the same problem.

Some other vehicles that are known to flip over include:

Most cars that flip over do so because they hit something instead of just driving down the road.

Also, newer cars have better systems that help keep them from rolling over.

As a general rule, the taller the vehicle, the more likely it is to flip.

How Safe Is a Jeep Wrangler in a Crash?

How safe is a Jeep Wrangler in case you get into an accident?

Over 75 active and passive safety systems are built into the new Jeep Wrangler to help prevent accidents and keep you safe if you are in one.

The foundation of the Jeep Wrangler is where safety starts. It is made with a high-strength steel frame and a rigid chassis to keep you safe in a crash.

This sturdy frame has an advanced airbag system that protects everyone.

It also has a rollbar that will help keep you safe if your car rolls over.

Some Jeeps have features that help the driver keep an eye out for dangers, like a lane departure warning, blind-spot monitoring, and smart cruise control.

The Insurance Institute for Highway Safety (IIHS) gives the Jeep Wrangler its highest rating, which is “good” overall.

It got good marks for its structure, safety cage, and measures to keep the driver from getting hurt. It did well in side-impact tests as well.

The National Highway Traffic Safety Administration (NHTSA) gave the Wrangler four out of five stars in a test where it hit a wall head-on.

The Wrangler did not go through any other tests by the NHTSA.

Some SUVs did better and got a perfect score, but the Wrangler’s focus on off-roading and its unique design and construction may be why it did not do as well.

Even though some SUVs did better, these tests show that the Wrangler is a safe car.

The Wrangler got 3 out of 5 stars for being hard to roll over, which is about the same as other cars in its class.

In this way, the Wrangler was neither better nor worse than its rivals.

How to Prevent a Jeep Wrangler from Rolling 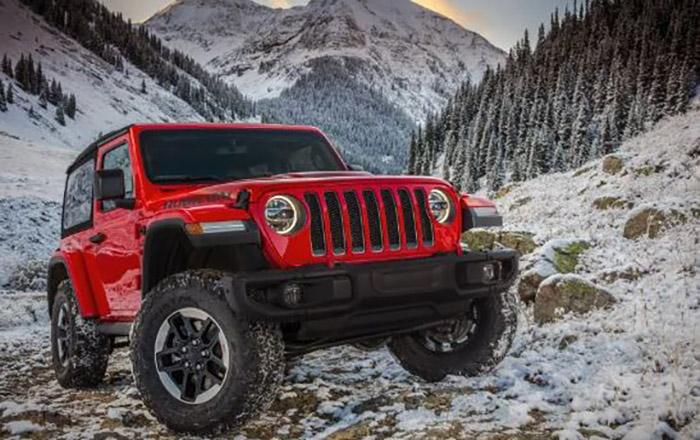 Careful driving is the best way to keep the Wrangler or any other car from rolling.

No car can’t flip over if you drive it carelessly and go too fast around curves.

Also, if you change something in a way that goes against factory specs, you should think about how it will affect the centre of balance.

When putting in aftermarket parts or kits, you should be careful.

The Jeep Wrangler’s heavy-duty roof rail system is one of its good points.

Be careful not to put too much weight or items that are too tall on the roof racks, because this can make the vehicle top-heavy.

The Wrangler is a light vehicle, and if you put something too heavy on top, it can tip over even when it would be stable otherwise.

The Wrangler is safe for drivers who don’t like to push the limits. This is one of the most important things to remember. It might not be the best option for teens or drivers with little experience.

Normal driving conditions don’t make it likely that the Wrangler will flip over, but when you’re off-roading, you should pay close attention to the terrain.

Modern Jeep Wranglers have come a long way, and now they don’t topple over any more often than other vehicles of the same type.

Think about balance if you want to keep your Wrangler from rolling.

Never do anything that will change how the vehicle’s weight is spread out. Also, be careful when driving, especially when there is a lot of wind, you are going around a sharp turn, or you are off-road.

As long as you remember these rules, your Jeep Wrangler should have no trouble keeping all four wheels on the road.

Fog Light Symbol Front And Back
Using Shampoo To Wash Car
What Does Seafoam Do To Car Engines?
Will A 55 Inch Tv Fit In My Car