The first thing I noticed when I moved to the hilly state of Colorado was how many Subarus there were. Everyone in my neighbourhood had a Subaru. Everywhere I went, it seemed, someone had a Subaru.

The Subaru is without a doubt one of the most popular cars on the road right now. Subarus are known for being reliable and easy to drive because they are made by some of the best minds in the field.

If you take care of your Subaru and keep it in good shape, it should last at least 200,000 miles. They get high marks for dependability and are known for being reliable cars.

With a good name to back it up, let’s take a closer look at how long a Subaru is likely to last. 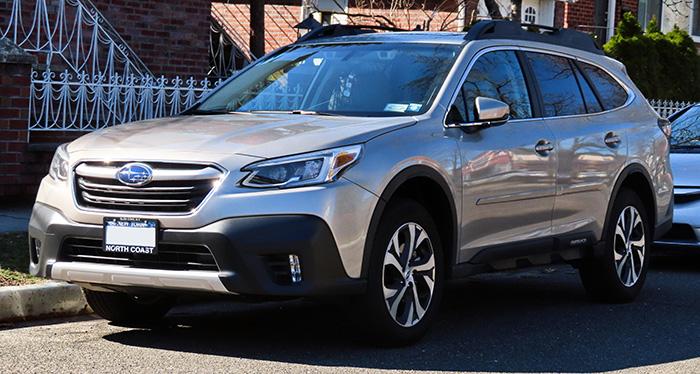 Getting a lot of miles out of a car these days is kind of a big deal. With leasing options and trade-in deals always available, it seems less and less likely that someone has been driving the same old tin can since college.

People want to buy cars that will last a long time. The number of miles on the odometer should never make a car owner feel like their heart is going to stop. They should be able to trust that their car will take them where they need to go, as long as they need to go there.

A big part of Subaru’s reputation is that it can go a lot of miles. People know that these cars are reliable. They have won awards for how long they last.

Even though repairs are always expensive, most Subaru owners would say that the cars are not too expensive.

The most popular station waggon on the road right now is the Subaru Outback. One reason is how many miles it can go. Having a lot of miles on the average four-door sedan means something different than having lots of miles on a Subaru.

Some can last as long as 300,000 miles if they are well taken care of. Both the Subaru Outback and the Subaru Forester tend to last well over 200,000 miles, which is more than most of their main competitors.

If you take good care of your Subaru and keep it in good shape, it should last at least 200,000 miles. Some Subaru fans might say they’ve never had a problem with their car, but keeping up with routine repairs is a big part of avoiding problems.

No matter what year it is, people expect the Subaru to go far. Even if a Subaru has a lot of miles on it, it’s not hard to sell as a used car because they have a good name. People often sell used Subarus with more than 150,000 miles on the clock. 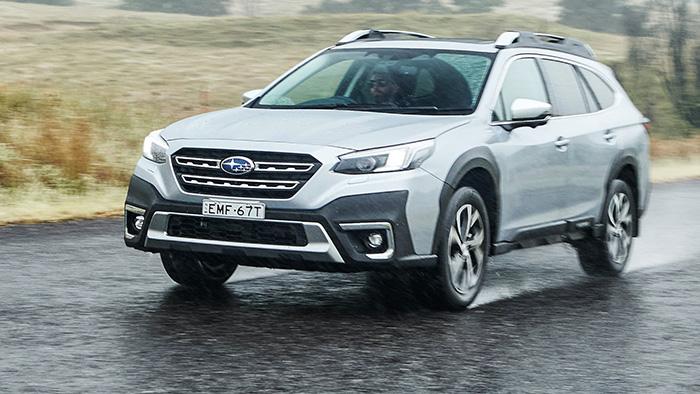 The best way to keep the Subaru from having the same problems over and over is to have it checked out regularly. Getting the car serviced right makes it even more likely that it will perform better than expected.

There are, however, a few problems that often happen with Subarus that you should keep an eye out for.

The Subaru is known for its horizontally opposed boxer engine, which has four cylinders and is cooled by liquid. This machine works because the pistons move toward each other horizontally. This creates a counterbalance that helps the Subaru ride smoothly.

Because the boxer engine is so complicated, there are more likely to be complex engineering problems. Some of the most common problems with a Subaru can be traced to the engine or problems that haven’t been fixed.

A broken fuel pump caused the car to stall.

Problems with the computer in the engine

Bad head gaskets cause oil to leak from the engine.

Even though some of these problems may sound like big problems, the good news is that they usually only affect certain engines from certain models. In its current reliability tests, the new boxer engine series is doing very well.

Subaru is known for using low-pressure fuel pumps made by Denso in its cars. Even though they are usually reliable, the low density of the item can cause some problems on the inside. It can break, change shape, or take in too much fuel.

All these issues tend to lead to the same problem: the fuel flow is interrupted. When that happens, a broken fuel pump can cause other parts of the car to break down quickly. For example, if the high-pressure fuel pump isn’t oiled properly, it can get too hot.

At some point, the engine will get too hot, and the car will start to run badly. This is usually easy to spot because the car shakes. It can also cause the engine and catalytic converter to wear out faster than they should, which is something no car owner wants to deal with.

Like the engine problems, these problems with the fuel pump seem to happen with certain years of Subaru. Even though they aren’t common problems, you should be aware of them and have them checked out when you do your regular maintenance.

The problem isn’t directly with the battery, but with the controller area network (CAN). If a car doesn’t have a good sleep mode, when it is turned off, the system can overheat and drain the power from the battery.

In the same way, if there are software bugs in the car’s code, the battery won’t save power the way it should. This problem is called a parasitic drain, and it happens because the system never completely turns off.

The recall is something to keep an eye out for with the Subaru. Even though every car can have a bad year, some seem to have troublesome problems over and over again.

When the problems aren’t fixed, the car’s reliability tends to go down.

Most of the most recent Subaru recalls have to do with brake lines, fog lights, and the steering column. All of these problems can usually be found and fixed through regular maintenance.

Subarus are not perfect cars, and some problems happen more often than others.

There are problems with the air conditioner, the inner joint boots, the head gaskets, and the front suspension, among other things.

How To Increase The Life Expectancy Of A Subaru

Keeping up with regularly scheduled maintenance is the best way to make a Subaru last longer. This will make sure that the car works well for a long time.

Keeping up with oil changes and regular maintenance will keep the car from wearing out faster than it needs to.

Also, you should know about the engine. Since Subaru engines tend to have more problems than others, it pays to pay a little more attention to them.

Take care of the engine by doing things like letting it run for a few minutes to warm up before going on an adventure. After you park, wait a minute or two for the engine to cool down before turning off the car. Especially after a long drive, this is very important.

Taking care of the tyres is another easy way to keep a Subaru running for a long time. Simple things like checking the tyre pressure on a regular basis, having the tread checked when the oil is changed, and keeping an eye out for leaks will help the Subaru last longer on the road.

Given how popular station wagon-style cars are, it makes sense that there would be a lot of questions about how reliable they are. I’ll do my best to talk about a few of them here.

The Subaru has a long-standing reputation for being a durable car. The people who make Subaru say that 96% of the cars they sold in the last ten years are still on the road. That’s more than the main competitors put together.

Do Subarus break down a lot?

Simple answer: no, they don’t break down very often. Subarus are known for being dependable and lasting for a long time. Some of their machines aren’t very good, which is why their rankings have dropped, but the company is always working to make their machines better.

Yes, Subarus are reliable. Even though Subarus can have problems that come up again and again, these problems can usually be fixed and even prevented if they are serviced regularly by a mechanic who knows how to work on Subarus.

What is considered high mileage for a Subaru?

Most Subarus can easily run for 150,000 to 200,000 miles without any major problems. As long as the owners take good care of the car, this shouldn’t be too hard to do.

Fixing a Subaru can be a bit pricey. But they are known for being fairly cheap to own because regular inspections and maintenance can stop a lot of the common problems that could happen otherwise.

Do Subarus hold their value?

People say that Subarus keep their value better than most other car brands. A used Subaru with 150,000 miles on it is easy to sell because they are reliable and last a long time.