If you want to improve your car’s performance by adding a cold air intake, you might be wondering if it will also make your car louder.

If you change your car’s intake, it might get louder when you drive it. Most cars come with intakes that limit how loud they can get out of the box. When you add a cold air intake, it will sound louder and more aggressive.

This is because a new intake can have a bigger diameter, which makes it easier for sound to spread. When you use a wide intake, sound has more space to move through it. This means that more of it gets out of the intake.

Every car has a different sound. You haven’t been able to hear much while driving because of your stock intake. They are usually covered with a lot of things to keep them from making noise. 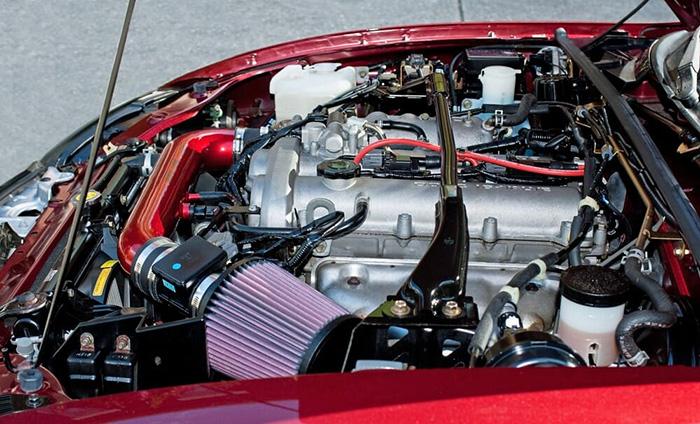 When you turn on your car, it makes a lot of noises that you can’t hear. Most of it comes from the parts of the engine that are made of metal. When you add a cold air intake, it can make the engine sound louder because it lets in more air.

By adding a cold air intake, you can hear how much better your engine sounds. When you turn on your car, there won’t be as much blocking the sound that comes from it.

Usually, they will also make the sound of the engine deeper. A lot of drivers say that they are rude.

So, if you like cars that sound aggressive, try putting in a cold air intake. It could help you get your car to sound the way you want.

Why does adding a cold air intake change the way your car sounds? Sound is a kind of wave that can move through the air. We can change how something sounds by changing how it takes in air.

The new intake can be shorter than the old one. If you make your car’s intake shorter, sound doesn’t have to travel as far. So, less damping happens before the sound can get out of the engine.

Also, there isn’t as much protection around cold air intakes. Most stock intakes have noise-reducing housing units. So, they stop you from hearing the sounds your engine makes on its own.

Wide tubing is used in a lot of cold air intakes. When the car’s intake tube has a bigger diameter, it can make more noise. Plus, large-diameter tubing sounds deeper. So, it can make your car sound like it’s an octave lower than it usually is.

The deeper your engine will sound, the wider your intake tubes. The louder it will be, the shorter they are. Look for an intake that has tubing that is as short and as wide as possible. This is the best way to make your car sound good.

Does a Cold Air Intake Make Your Turbo Louder?

Putting a turbo on your car can make it sound different when you drive it. But it won’t make a difference until you get up to speed.

Forced induction systems don’t work until you have enough pressure to spin them. When a turbo is spinning, it sounds like a jet engine. When they make noise, adding a cold air intake can make it easier to hear them.

The best way to hear a turbo, though, is to drive very fast. When they drive fast, their blades will spin much faster, making a lot more noise.

If you want to hear them more, you can also get a bigger turbo. If you get a stronger one, it will make more noise when it’s turned on.

Does a Cold Air Intake Change the Sound of Your Exhaust?

The exhaust system of your car doesn’t change in any way when you add a cold air intake. So, it shouldn’t change much about how they sound either. But you might hear a tiny bit more noise coming from your exhaust.

This is because a cold air intake can make more air flow into the engine. Where you put the intake is where air goes into the engine. It flows through and into the pistons from there. It mixes with the fuel to help make sure it lights in the combustion chamber.

So, you might notice that your exhaust is a little bit louder. There are, however, much more effective ways to make it louder. Most of the time, just upgrading the exhaust pipes on your car would make a much bigger difference.

What Cold Air Intake Is the Loudest?

Each car will be able to choose its own intake. Once you replace your car’s stock unit, most of them will make your car louder. But some of them may be more important than others.

Several things can help you figure out which one is best for your car. How big is the new intake’s tubing? Check its diameter against the one on your car.

The deeper your car will sound, the more you can increase its diameter. Try to find an intake that is at least 20% bigger than the one your car came with. That’s enough of a change to make the sound of your car’s intake more deep.

When you want to change the intake on your car, you should also measure how long it is. You can use that to compare the length of cold air intakes as you shop. The car will be louder if you can make the intake shorter.

If you cut the intake length of your car by 15%, you should be able to hear a difference. You can make it even louder, though, if you find one that’s shorter.

Other Ways to Make Your Car Louder

Your car makes the most noise in one of two places. We’ve already talked about how some of it goes out the intake. The exhaust is the other place sound comes out of your engine. If you change your car’s exhaust, you can make it louder.

Changes to your car’s intake might not make as much of a difference as changes to its exhaust.

Taking off your car’s muffler is one of the easiest ways to make it louder. Most of the time, it’s pretty simple to take it off. When you take it off the car, you’ll also notice a huge difference.

The main job of a muffler is to make your car quieter. So, when you take it off, it gets a lot louder. Before you do this mod, you should check the laws in your area. In some places, you can’t drive a car without a muffler.

You can straight pipe a car if you want to make it louder. But you won’t be able to do this unless you have a racecar. Without a catalytic converter, it is against the law to drive a car on the road.

It is legal, though, to add a resonator to your car’s exhaust. You can make it louder by putting one of them on the end of the exhaust pipe it already has. They will make a room where sound can vibrate before it leaves, making it louder.

If you have more time on your hands, you can also drill holes in the exhaust.

Drilling Holes Into the Exhaust

If you poke a few holes in the exhaust pipe of your car, it will sound louder. That’s because the holes let sound out before the car’s muffler quiets it down.

Just use a 3/8-inch drill bit to put a few of them in the exhaust pipe. Just make sure to put them after the catalytic converter. It is against the law to drill them before that.

You also need to make sure you don’t put them too close to the O2 sensor. Most of the time, that’s also somewhere after the catalytic converter. Check your car’s manual to see if there is a diagram that shows where it is.

Only make a few holes in the exhaust pipe of the car, or you could hurt it. We don’t think you should drill more than 6 of them. That’s enough to make your car’s exhaust system sound a lot louder without hurting it.