Any moment can be a bad time for your car battery to fail, but it generally happens when you least expect it. If your car battery dies in the middle of the road, the first thing you’ll do is ask for a jump from another driver to get it going again.

A similar response is likely to be given if you encounter someone who is stranded in the middle of the road and asks if you can jumpstart his vehicle. What happens to your automobile battery when you jumpstart a vehicle, though?” Here, we’ll inform you if jumpstarting your battery is bad for it.

So, does jump-starting a car hurt your battery?

No, if you do it right, jump starting another vehicle will not affect your vehicle’s battery. The alternator and battery will be slightly stressed throughout this process, but your battery will not be harmed. As long as your car’s battery is healthy, it will be able to recharge itself while you’re driving.

To avoid damaging your battery and other critical parts of your vehicle if this operation is not done correctly, it is essential that you follow these steps carefully.

To jump-start an automobile, make sure the cable is connected to the correct terminals. Connect the negative and positive wires, for example, to the appropriate terminals of the circuit board.

It is also recommended that you use a car battery that is the same size as your car’s battery when you are trying to jumpstart your vehicle.

If you don’t, you risk damaging the other car’s electrical system with too much electricity from your vehicle. It’s also possible that if you don’t have enough power, you won’t be able to jump-start the other car’s battery. Make sure to follow the battery manufacturer’s instructions when jump starting a vehicle.

Can you damage the car parts by giving a jump start? 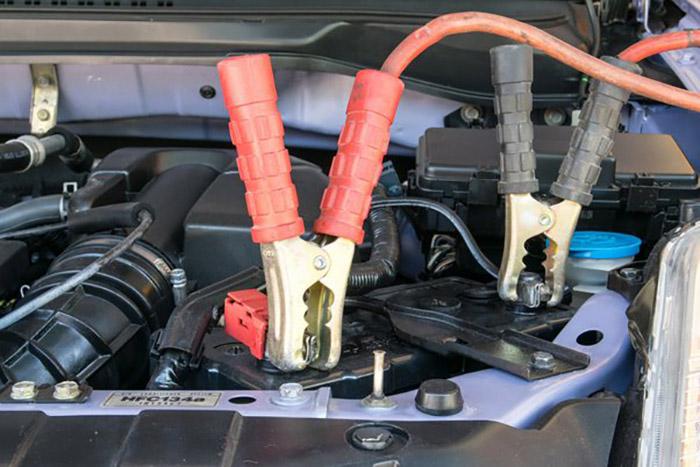 Incorrect jumpstarting of an automobile can do damage to more than just the battery. The alternator and other electrical equipment can be damaged if you don’t startup appropriately.

Your car’s alternator and electrical system are put under a lot of strain when you start another vehicle. These vital components will be harmed if the connection is not made correctly.

The alternator and the car’s electrical system could be damaged if you don’t connect the battery’s terminals correctly, resulting in a large surge of power and an enormous quantity of heat. So, be cautious when doing a jump start on a vehicle.

Does jumping a car drain the battery?

However, if your battery is in good shape, you don’t need to be concerned, as it will recharge once you’ve finished jumpstarting your car.

If the alternator isn’t connected correctly, it can be damaged. The alternator, for example, can suffer immediate damage if the polarity of the clamp is incorrect.

Make sure the connection is correct before starting an automobile. Maintaining a healthy and robust battery will help keep the alternator from being overworked.

Can a new battery be jump-started if a consumer drained it? 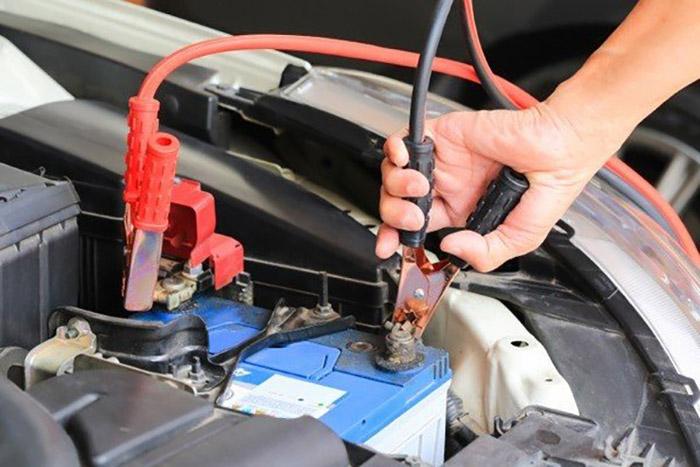 If a new battery is completely depleted, yes, it can be jump-started. It’s important to distinguish between a drained battery and a dead one. It’s possible that if you keep your car’s headlights on all night, your new battery could die.

You can get your automobile moving with a simple jumpstart in this situation. Recharging your healthy new battery begins as soon as you get behind the wheel.

However, the new battery that is being jump started will have a somewhat reduced efficiency because jumpstarting puts a lot of stress on both batteries.

As a result, drivers are recommended to charge a new battery instead of jump starting one that has run out.

How long should I leave my car running after a jump start?

You should leave your automobile running for at least 30 minutes following a jumpstart, according to experts. It’s important to keep in mind that your battery is dead and will require some time to recharge.

If you quickly turn off the engine, your battery may not have enough juice to start it back up. For this reason, after a jumpstart, you should leave the engine running for at least 30 minutes.

Rather of letting the car sit idle, you should take it out for a spin. Having a car that won’t run out of gas in 30 minutes is enough to keep you safe.

Is it okay to jumpstart a dead battery?

No, jumping a dead battery will not harm the battery or the alternator if you do it correctly, but you must be careful. The problem is that if the battery is worn out, the recharge may not continue after you turn the vehicle off, which means that you’ll have to jump start it again.

Replacement of the battery is the only viable option in this situation.

It is our hope that this article has answered any questions you may have had about whether or not you should jump-start a vehicle. If done correctly, jumping another car’s battery will not affect your own.

Batteries, alternators, and other components of your vehicle’s electrical system can be damaged if the procedure is performed incorrectly. That’s why it’s so critical to do it correctly.