How well your car runs is one of the most important things that affects how much it’s worth. People won’t be willing to pay a lot for your car if it has a lot of mechanical problems. Or, if the car is old and broken down, people can tell by how it runs. No one will buy your car if they don’t want to test drive it first. This is true whether you want to sell your car privately or trade it in at a car dealership. Keeping this in mind, you should ask yourself if it’s a good idea to replace the engine in your car and if doing so affects the car’s value. Let’s find out.

There are many reasons why someone might need to get a new engine for their car. Most of the time, there are three main reasons:

A lot of miles and regular wear and tear

A collision or accident

Even though none of these are good, the reason you had to replace your engine can change how much your car is worth. For instance, if your car was in a bad accident, people might be hesitant to buy it. On the other hand, if it’s an old classic car that’s just worn down from years of use, it makes sense to replace or fix the engine.

Was Your Car in a Bad Accident? 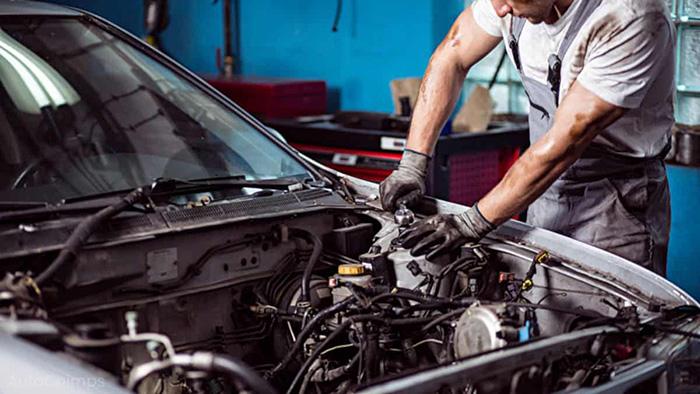 Your mechanic will tell you the truth about whether or not you need to do this. If they don’t think your car needs a new engine, they will tell you. They will also tell you if driving the car in its current condition is dangerous. Depending on the type of car you have, it could cost anywhere from $3,000 to $8,000 to rebuild or replace the engine. It really depends on how much work needs to be done and whether you choose a new engine or one that has been fixed up.

Do You Have a Cracked Block?

Your car or SUV can get too hot if there are problems with the engine. If you let this go on for a long time, it can cause major engine problems. It could even get bad enough that the block breaks. If this is the case, the engine will need to be replaced or fixed. How bad the damage is will determine what to do.

A car will break down after a certain number of years. Normal wear and tear is something you should expect. If you have an older car, it will experience a lot of heat and friction. You’ll have to deal with things like oil leaks and gaskets that have come loose. The rings on the cylinder can wear out or break. Each of these things can be changed out on its own. But at some point, it’s better to replace the engine than to keep spending thousands of dollars on small fixes.

If you want to buy an older car, you should know that it might have some mechanical problems. They shouldn’t be surprised or worried when they hear that the engine has been replaced or rebuilt. They should be happy, in fact. A new engine can breathe new life into an old car. This might make the car more valuable instead of less valuable.

What Are the Pros and Cons of Replacing Your Car’s Engine?

Like anything else, replacing your car’s engine has its pros and cons. It gives your car a new lease on life, which is the most obvious benefit. One with 20,000 miles will last longer than one with 200,000 miles. This is what you get when you get a new engine. People would expect that the engine in an old car would be replaced at some point. But if someone sees that the engine in a newer car has been changed, they might not want to buy that car.

Some of the bad things about getting a new engine are the following:

People will wonder why you needed to replace the engine in the first place. They might think you’re not telling the truth about the car’s history.

The engine of a car should last as long as the car itself. Buyers will wonder why that didn’t happen if it didn’t.

If you can’t show that the work was done by a reputable and licenced mechanic, potential buyers will be scared away. Make sure you keep your paperwork.

People will worry that something is wrong with the car if the work was done under the warranty. The engine of a car shouldn’t need to be changed in the first few years.

When Will Replacing the Engine Actually Hurt the Value of My Car?

A qualified mechanic didn’t do the work.

You are trying to hide that the car has been in accidents.

They think something is wrong with the car as a whole.

They won’t think that the car is in good shape.