Does Tesla Have Apple Carplay Updated 02/2023

Technology is everything in cars today.

If you have a Tesla or are thinking about getting one, you may be wondering if it will have a way to connect to Apple CarPlay.

We’ve got the facts you need to find out!

Some people have said that this happened because Apple CEO Tim Cook and Tesla founder Elon Musk are at odds with each other, but we agree with most experts who say it’s more likely that Musk wants his Tesla cars to set trends in the auto industry.

Why Don’t Tesla’s Have Apple CarPlay? 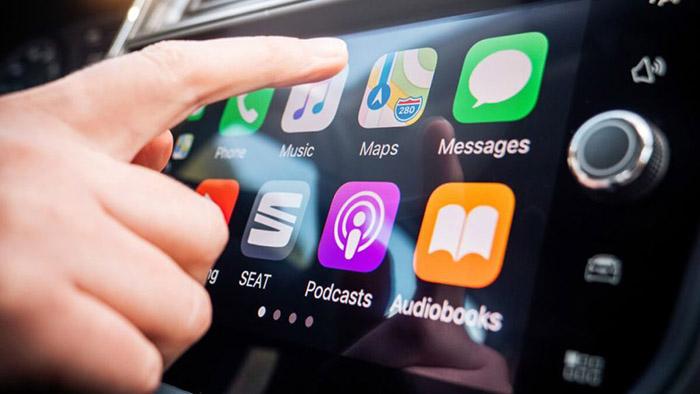 Musk is known for going against popular ideas and trends, and it seems like he doesn’t think his cars need Apple CarPlay right now.

The best way to think about the Tesla infotainment system is in terms of how simple it is, which is kind of strange for a car that relies so much on cutting-edge technology.

The screen is easy to see while driving, and you can play games when your car is parked by using your Tesla steering wheel and its controls as joysticks.

In most Tesla models, the music part of the infotainment system is seen as the main selling point.

Most Tesla models come with karaoke as well as access to Spotify and TuneIn.

If you choose to use this feature while driving, be very careful.

Can CarPlay be Added to a Tesla?

Almost any car can have Apple CarPlay added, but you might have trouble doing this with your Tesla.

Since there isn’t a specific app for Apple Music in a Tesla, the best way to listen to it is over Bluetooth.

Since the Tesla software was not made to work with Apple CarPlay or Android Auto, you cannot add CarPlay to your Tesla at this time.

Also, Tesla cars are made so that the infotainment system is important for the driver to be able to control the car.

Almost every function of the car is shown at any given time on the infotainment screen of a Tesla.

This includes functions like the climate control and speedometer.

Even though nearly 70 automakers around the world offer Apple CarPlay in their cars right now, don’t expect Tesla to join them any time soon, nor do you need to make any changes to your Tesla’s software to add Apple CarPlay.

Can You Connect an iPhone to a Tesla? 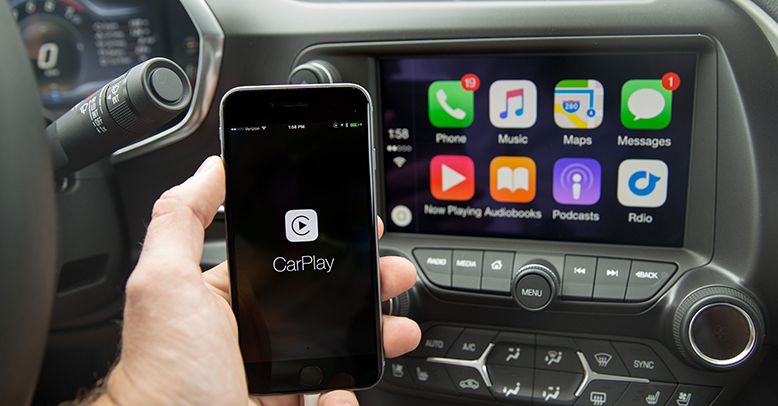 Last but not least, we have good news for you: you can connect your iPhone to your Tesla.

To do this, you’ll need to download the Tesla iPhone app to your phone and then follow a few more steps once you’re connected to your car’s infotainment system.

But remember that none of this will work until you use the app you downloaded to connect your iPhone to Tesla Bluetooth.

This is a fairly easy process that will let you use your iPhone as a car key for your Tesla, check on how it’s charging, lock and unlock your car, and use the climate controls inside the car.

The best part is that you can connect more than one phone to your Tesla at the same time.

So, it is possible that you could hold a conference call with a lot of people while you are driving.

If you want to put the Tesla app on more than one phone, it sounds like it could be confusing if you use the infotainment system in your Tesla. But that’s not what happens.

Even if you have more than one phone on the same account, you can set up the infotainment system in your Tesla so that it searches for your “preferred” phone when you start your car.

Can I Stream Content from My iPhone to Tesla Browser?

Again, the answer to this question is “yes.” If you have an iPhone and use the TeslaMirror app, you can stream content from your phone’s screen to the web browser on your Tesla.

This doesn’t require any extra hardware, and most owners we know haven’t had any trouble with it.

Will Apple CarPlay Ever be in Tesla Vehicles?

As of right now, it’s hard to say if Apple CarPlay will be a standard feature on Tesla cars in the future or not.

But we think there are signs that this could happen in the near future.

First of all, there was a short time when some Tesla owners said that the software in their cars did work with Apple Music. However, this was likely an engineering mistake that was quickly fixed.

Even though Tesla doesn’t want to give up control of its prized interface to Apple, it’s likely that pressure from current and future Tesla drivers will lead to a change in the infotainment system.

Surprisingly, Tesla cars already work with Netflix, which could mean that Apple TV+ and Apple Podcasts will be added to its entertainment system along with CarPlay.

In return, we think Apple would do well to make it easier for Tesla to integrate with Apple Maps. This would help drivers find Tesla charging stations more easily and would be good for Apple.

Since both of these companies are known for coming up with new ideas and making a lot of money off of them, it seems likely that Apple CarPlay will end up in most or all Tesla models.

If so, you and a lot of other drivers will thank you.