We’ve all heard that semi-autonomous and fully-autonomous vehicles on our roads are supposed to make driving easier. And adaptive cruise control is one part of a car that can drive itself (ACC).

Here’s what it is and what it does if you were wondering.

For example, if you get close to a car that is going slower than your set cruising speed, the adaptive cruise control system in your car will notice that the car ahead is slowing down or stopping.

It will automatically change your cruise speed so that it matches the speed of the car in front of you without getting too close.

Also, keep reading to learn more about adaptive cruise control and whether or not you should have one in your car.

What Does Adaptive Cruise Control Do? 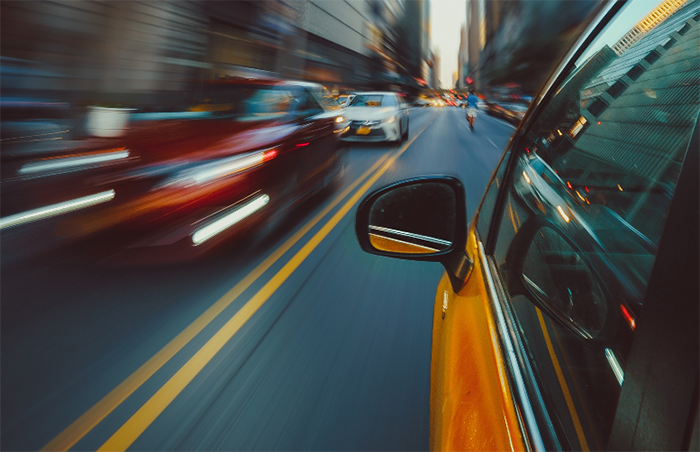 You can usually pair your adaptive cruise control system with driving modes like Comfort, Sport, and Economical.

It also sets a speed based on what it learns from the car’s sensors and cameras.

Information about the road’s curves, speed limits, roadblocks, or construction sites affects the speed at which the car will automatically cruise at that time.

Early cruise control systems were made to make the driver more comfortable, not to make them safer.

The driver had to be very careful because the car couldn’t respond as quickly on its own to changes in the road. So, adaptive cruise control systems need to be better, smarter, and safer.

Here are some good things about it:

It Reduces the Level of Stress Placed on the Driver

With ACC, a long-distance driver doesn’t have to keep their hands on the steering wheel and gas pedal all the time.

Keeping your foot on the gas pedal for long periods of time is bad for your health and very uncomfortable, especially if you’re not used to driving long distances. With ACC, you can cruise while you relax, and if you want to take control of the wheel, you can turn it off.

The driver can pay more attention to the traffic and take over driving if they think it’s best.

It Supports Driving at a Safe Distance Between Cars

If you drive too close to some other drivers, you might scare them and make them act badly.

If another driver thinks you are following too closely, they might speed up or drive even slower.

If more cars have the adaptive cruise control system, rear-end collisions will be a thing of the past. When you’ve set the cruising distance between you and the car in front of you, it’s the car’s job to brake or let you know when you’re getting close.

Then you’ll know what to do to avoid hitting the back of the car in front of you.

It Improves Traffic Flow in Cities

Cities will have less traffic if as many as half of the cars on the road have adaptive cruise control.

In addition to the other ways we try to keep traffic moving on our roads, keeping a safe and constant distance between cars also helps.

Most drivers find it hard to drive at highway speeds, especially when they are tired. They end up getting too close to other cars or getting too far away, making other drivers have to switch lanes to avoid a crash.

With adaptive cruise control, the car will drive at the speed you set and change based on the road and speed limits. 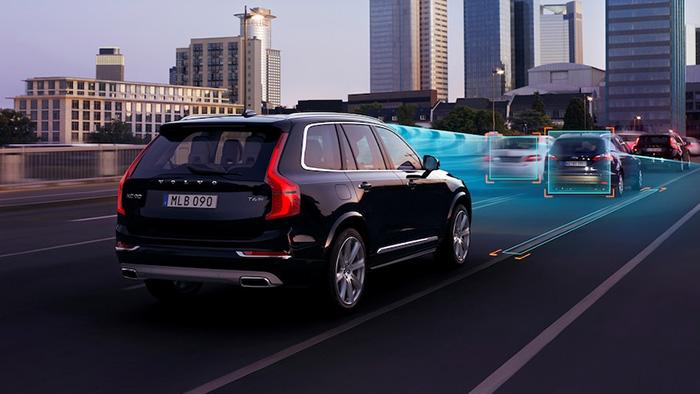 Like all other technologies, adaptive cruise control is still getting better. As the world slowly gets used to safer semi-autonomous and fully autonomous vehicles, there are still things that could be done better.

Also, adaptive cruise control makes driving safer and more enjoyable for the driver, but it has some big problems.

Some of these problems are caused by human error, and some are caused by the way the roads are. But you should know about the following problems with adaptive cruise control systems.

While driving, it’s easier to zone out or get distracted.

When the weather is bad, it’s not a good idea to use adaptive cruise control.

Chances of going over the speed limit go up because you have to change your speed to stay within the limits.

It’s a system in a car that lets it keep going at a steady speed with little or no help from the driver. Once the driver turns on the system and sets the speed they want, it can take over the car’s throttle, acceleration, and speed.

It’s a technology that’s been around for over 70 years, and since traffic on the roads is always getting worse, better navigation technology was needed.

Engineers and drivers both said that the cruise control didn’t do a good job of figuring out what was happening on the road ahead or stopping the car in an emergency.

There was a need for a system that works well on both highways and in city traffic, and that could figure out how fast a car is going.

It is a safer and more advanced version of cruise control.

Adaptive cruise control is not only safer on the road, but it also lets you drive without having to use your hands. It will match the speed of the car in front of you as long as it doesn’t go over the limit you set.

Is Adaptive Cruise Control Bad for Your Car?

No, adaptive cruise control is a useful and important addition to any car. Keeping a car running longer means letting it do most of the braking and speeding up while it’s on the road.

But some adaptive cruise control systems don’t let you drive as well as they could. If your ACC is set up in a way that lets you brake and speed up in a random or rough way, it may wear out the brake discs faster.

Also, your car doesn’t have the eyesight or sense of judgement of a person, so it won’t see sharp turns or puddles of water in time.

How Do I Know if My Vehicle Has Adaptive Cruise Control?

Talk to your car dealer or the company that made your car to find out if it has adaptive cruise control.

Also, since adaptive cruise control systems work with other driver-assist modes, I’d suggest that you take your time looking for the best car for you.

When Should You Use Adaptive Cruise Control?

Adaptive cruise control is a great safety and comfort feature in most cars, and it’s even more important now that we need more self-driving cars. But does that mean that it should drive instead of people?

No. We can’t use adaptive cruise control when the road is hard to predict or when the sensors in the car can’t work as they should.

Here is a list of the best times to use adaptive cruise control.

When there isn’t much traffic on the road

You’re awake and aware of everything going on on the road.

When the weather is good enough that you won’t have trouble driving on your own,

The road conditions are good, and the surface is mostly flat.

When the Weather Conditions Are Unfavorable

When the weather is bad, the sensors can’t work as well. This can happen when it’s stormy, very dusty, or foggy.

If the sensors are partially blocked or the signals are weakened by outside noise, your car could get confused about the road and traffic.

If your car has adaptive cruise control, it might not be able to stop in time if the car in front of you stops quickly.

To hit the brakes and take control of the car, you have to be fully aware. If you see that there is a lot of traffic or danger on the road, don’t use ACC.

When Tired or Having Highway Hypnosis

Some people who drive long distances may experience highway hypnosis at some point.

If you often forget parts of your trip when you’re behind the wheel, you shouldn’t use adaptive cruise control.

Highway hypnosis happens when a driver is so mentally tired that he or she drives on “auto-pilot” or in a trance-like state.

Wet or icy roads don’t have much grip, so your car will lose control and start spinning.

Unfortunately, adaptive cruise control can’t stop a vehicle that is spinning or going out of control, which makes things worse.

Does Adaptive Cruise Control Use Brakes?

Absolutely. Adaptive cruise control has a brake feature that slows or stops the car when needed. The system will use both the engine brake and the disc brakes to stop a car safely and smoothly.

It will also turn on the brake lights when you brake hard, just like when you do it by hand.

But even though cars will have adaptive cruise control, a driver will still need to set up collision avoidance and lane centering assist systems.

If not, the car will only use warning systems like lights and sounds to tell the driver to step on the brakes. Remember that some cars have emergency brake systems but not adaptive cruise control. Don’t think a car has both just because it has one.

Even though adaptive cruise control makes driving better, you still need to be careful and pay attention to what’s going on around you.

The system isn’t meant to replace people’s work, but to add to it.

Also, if your car doesn’t stop and go often, it’s better to turn off the feature when you don’t need it. You’ll drive faster and safer, and you won’t fall asleep at the wheel.