Road accidents and deaths caused by thick fog happen all over the world. Fog makes it hard to see and move around. When driving in a thick fog, the driver’s view is skewed because they can’t see very well.

Because of this, there are many more accidents. This is because fog makes it hard to see, which causes cars to crash. In this case, if you are driving your car on the road, following these tips can make you safer and make it less likely that you will get into an accident.

#1 Avoid a Journey in Fog

At first, try to avoid travelling if you can. If you don’t have any other choice, plan your trip well and leave early. Listen to the radio for traffic reports and keep an eye on the weather reports.

If you leave your house on a clear day but hit fog on the way, slow down and stop at a service station until the fog lifts. Turn on the heater to keep the windows from getting dirty.

#2 Drive slowly with a caution 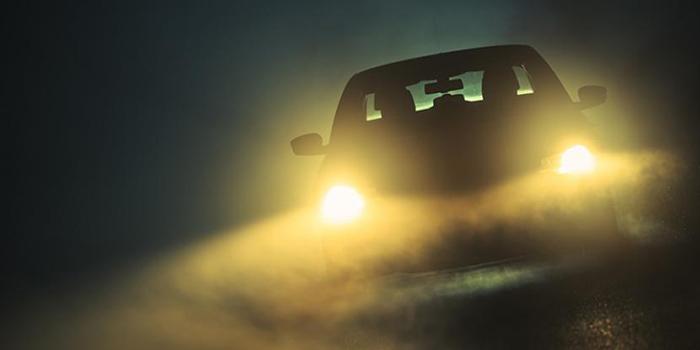 It can be very dangerous to drive at normal speeds in fog. Make sure to slow down so you have time to react if the traffic stops or something else happens.

When it’s foggy, the roads get wet, which makes tyres less able to hold on. In this kind of situation, going fast in your car can lead to serious accidents and mishaps.

When it’s hard to see, it’s also hard to see the potholes on the roads. If you are going slowly, you might hear the hiss of a car passing you that you haven’t seen.

People who drive often think that the brightest lights work best in thick fog. This, though, is not at all true. In fact, using high-beam spotlights in a thick fog makes things worse because the lights bounce back at you, making it harder to see anything.

So, if you can’t see more than 150 metres in front of you, always use your low beam headlights. When there is a lot of fog in a city, low beam lights help people see better at close range. Also, you’re making it easier for other drivers and people on foot to see your car coming through the fog.

Even if your car has daytime running lights, you should still turn on the low beams so that your brake lights are also on. This will make it easier for vehicles behind you to see your car as well.

#4 Never stop in the middle of the road

When driving in a dense fog, you should never try to stop your car in the middle of the road. Someone could hit you from behind, which could lead to a serious accident.

If you have to stop the car, find a safe place to park away from the traffic lanes and wait until the weather gets better. If you can’t see where you’re going, park your car in a gas station or rest area. Keep your parking and hazard lights on while your car is sitting still.

#5 Follow painted Line and road lights as a guide 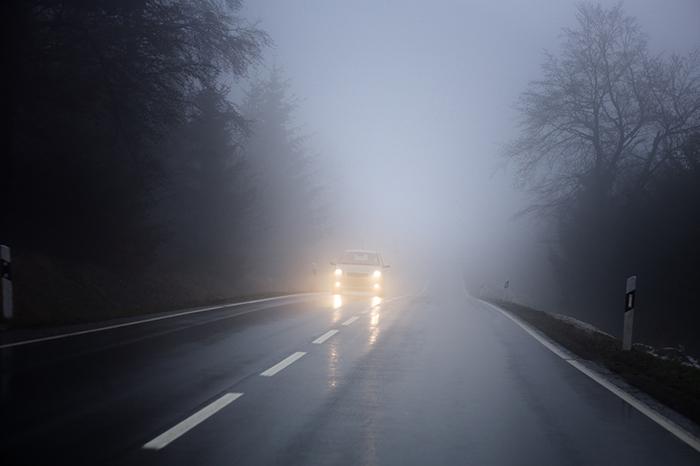 When you can’t see very far ahead and don’t know what to do, it’s smart to try to look to the left and right. If you are having trouble staying on the road, try to follow the yellow line painted on the left side of the road.

Don’t drift into the middle of the road, and always stay in your lane.

Turn off the music or radio, keep your attention on the road, and don’t talk to other people in the cabin. Slide down the car windows to hear what’s going on on the road.

Yellow light reflector boards are often put up on highways to make driving safer. If you drive by these signs, you can avoid getting into an accident. Also, when driving in fog, pay attention to other road signs and lines on the road.

If you have front fog lights, don’t be afraid to use them. Since the flat beam is closer to the road, it doesn’t get reflected back as often.

If your front fog lights don’t work, you should get them fixed or put on before winter. Accidents are less likely to happen when fog lights are used in the winter. It’s important to note that fog lights work best when the car is moving slowly. They light up the road’s surface and edges, making it easier to drive in fog.

Also, don’t forget that fog lights need to be used with headlights. This is because your fog lights help you see, but other drivers can only see you with their headlights.

#8 Be Ready with Essential Items

When you have to go on a long drive in fog, don’t forget to keep important things in your car in case of an emergency.

Most cars have a lot of space to store a few small things that will make it easier to deal with an unexpected emergency. You can pack things like water, food, and blankets that could help if your car breaks down or you can’t go any further.

In foggy weather, you should never use your car’s hazard lights. This is because when you turn, the cars behind you might not be able to guess where you’re going, which could cause a major accident. You should only turn on your hazard lights when your car is stopped on the side of the road.

So, if you’re driving in a thick fog, you should always pay attention to what’s going on around you, stay alert, and avoid getting too distracted.