We’ve been interested in electric scooters since they first came out on the market. But none of them have done as well as the competing gas-powered scooters, so none of them have become as popular as they were meant to. This might change with the release of the Ridge, which claims to solve the three most important problems of speed, charging time, and price.

Speed: As of right now, the fastest electric scooters can go between 20 and 25 km/h or 40 to 45 km/h. Ridge can go as fast as 55 kph, which is fast enough to beat this. This should help you get through the traffic in the city without puffing or huffing.

Charging Time: Another problem with electric scooters is how long it takes to fully charge them. If they use lithium-ion technology, they are very expensive and take a long time to charge. If they use lead acid batteries, they are cheap but can take a long time to fully charge. The company’s patent technology has been used in the Ridge. Even with acid-lead batteries, the time it takes to charge the batteries has been cut down to just 1-2 hours thanks to a microprocessor 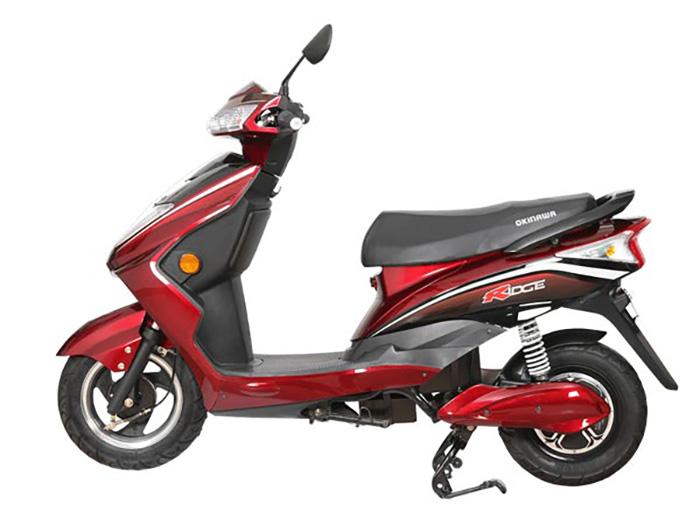 The Ridge also has some other cool features, like a remote alarm system, a digital instrument console, and different ways to ride (Eco and Sport). Extra parts, like a small, lockable glove box for small items in the front and a large top box that goes with the backrest for the passenger. It also has a front suspension with twin telescopic arms and a rear suspension with two shock absorbers. Even though the space under the seat isn’t big enough to hold a helmet, it can hold boxes because there are batteries there.