When your dashboard lights come on and you don’t know what they mean, it can be very scary. But even if you figure out what it means, it can feel like a ticking time bomb if you don’t know why it’s turning on or how to stop it.

But what is throttle control, and what does it mean when the throttle control light is flashing? Don’t worry, we’ll tell you everything you need to know about the flashing electronic throttle control warning light so you can turn it off and get back on the road quickly.

If you want to know if something is wrong, you need to know how the system works when everything is fine.

When you turn on your car, all of the lights on the dashboard should come on for a few seconds and then go out. It’s fine if any of the lights flash, as long as they go out after a few seconds. At this point, your car is doing a check of its systems, and everything is fine.

Even though almost every car made in the last 30 years has an electronic throttle control, not every car has a light for the throttle control. This is because many manufacturers add this feature to the regular check engine light.

But if your car has a dedicated electronic throttle control light, it usually looks like a lightning bolt with a curved line on each side.

As long as the light goes out again, everything is working as it should. But if the light doesn’t go out or keeps flashing without going out, that means there’s a problem. Before the light goes out, you’ll need to fix the problem and restart the system.

What Is an Electronic Throttle Control? 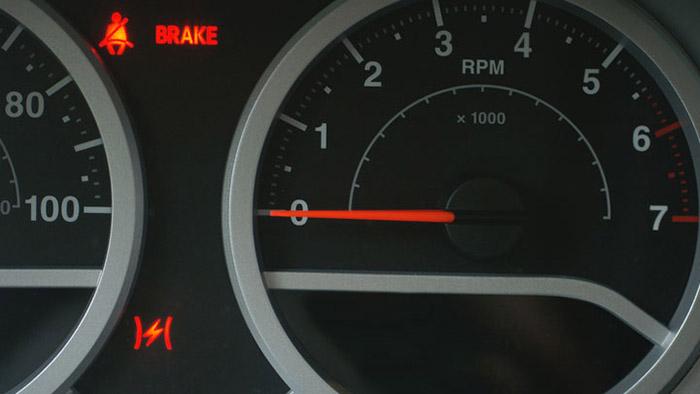 Cars made more than 30 years ago often had links that went straight from the gas pedal to the throttle body. Today, sensors do the same job. The electronic throttle control is made up of these electronic sensors and control units.

A broken electronic throttle control can be caused by a number of things. Reading the diagnostic trouble code is the best way to figure out which part is broken. Code readers can usually tell you why the code showed up. AutoZone and other stores that sell parts will scan this code for free and tell you what needs to be checked.

Modern cars have sensors everywhere you turn and twist. This makes it possible to have a lot of cool features, but if one sensor goes wrong, the whole system can go down. The throttle control sensor, which is also called the throttle body position sensor, works the same way.

This sensor tells the ECU where the throttle body is right now, so the ECU knows the right fuel and timing ratios to make all the other adjustments. If the throttle position sensor is broken, the ECU won’t know how to time everything, and you’ll get an engine code.

The module talks to the throttle position sensor with this information to figure out where the throttle should be. If any of these parts wear out and break, you’ll get a trouble code and the system won’t work right.

All of the electronic parts can be working perfectly on their own, but if the throttle body is stuck or broken, the whole system won’t work right.

You can tell if the throttle body is working right by looking at it and making sure it moves as it should. Try opening and closing the throttle body and make sure there are no things blocking your view. The throttle body should open with little effort and close itself when you let go of it. 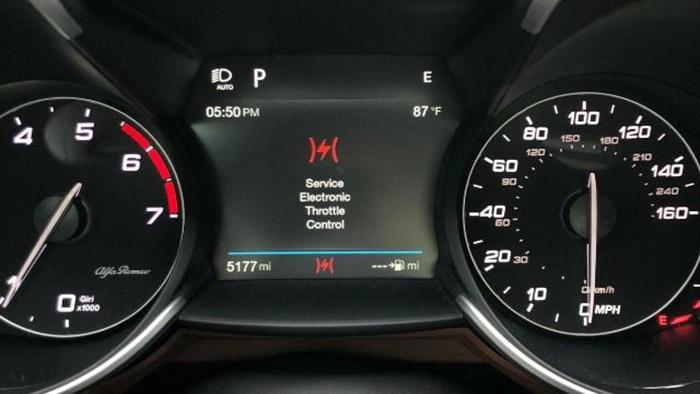 This will keep your engine running, but you’ll usually end up using a lot more gas than you need to because the ECU can’t make it work best for the way you’re driving. It’s not great, but it’s better than nothing.

When you press down on the accelerator pedal, your electronic throttle control tells your throttle body how much to open. But if the controls don’t work, you won’t be able to speed up when you press the pedal the way you should.

Rarely will the system fail completely right away, so you’ll still be able to drive some, but the longer you wait, the worse the problems will get. If you don’t accelerate as quickly as you need to today, you might not be able to accelerate at all when you need to tomorrow.

When the electronic controls for the throttle are broken, the throttle body may never close to a steady idle. Instead, it might not close all the way, causing an idle that is too high.

On the other hand, the throttle might close too much, whether the car is idling or moving. If this happens, your engine may stop running because it isn’t getting enough air to work right.

If it isn’t completely dead, it may sputter as it tries to keep going. Your engine needs air, so you’ll notice if the throttle is closed too much.

Sometimes you may speed up too much, and sometimes you may not speed up at all. If your electronic throttle control is broken, you won’t be able to predict how fast your car will go. This could cause serious problems while you’re driving.

Can You Drive with a Faulty Electronic Throttle Control?

When the ECU mixes the fuel in the combustion chamber in a way that isn’t right, it hurts both your gas mileage and your engine. Too much force can cause damage, which will cost you a lot to fix.

Also, accelerating in a way that isn’t consistent can become a major safety risk. Whether you’re trying to move slowly but end up speeding up wildly or you need to punch it to get on the freeway but can’t get the power you need, a broken electronic throttle control can lead to bad things.

Lastly, electronic throttle controls don’t usually all break at the same time. When you first notice that the light is out, it will probably still work in some way. But the longer you wait to fix your car, the worse the problems will get and the less safe it will be to drive.

Even though it’s not the most beautiful part of your car, it’s one of the most important. Electronic throttle controls have made it possible for manufacturers to change the way engines are set up and get rid of mechanical parts that used to break easily.

The good news is that it’s only a broken device.

Warning Light for Electronic Throttle Control (7 Causes). When you’re driving, you want to be able to control your car from any angle, but sometimes things come up that you didn’t plan for. Because of this, you should learn the basics of electronic throttle control.

sensor, and it can usually be fixed quickly and easily. Read the code and figure out what you need to do to get your car back on the road.