Regardless of the color of the smoke coming from the exhaust, if the engine is cold, there is a good chance that there is an issue that has to be addressed.

Why does smoke come out from the exhaust? 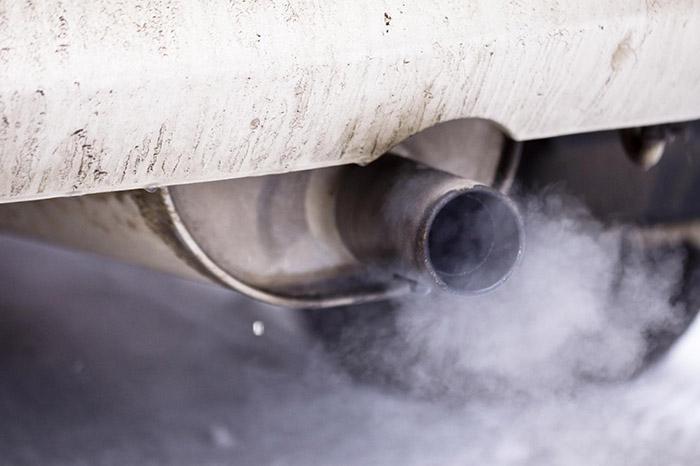 You need to know the color of the smoke, which can be white, gray, or dark blue, in order to figure out what is causing this issue.

In order to protect the cylinders from being lubricated, the valve seals are responsible for preventing oil from leaking into the combustion chamber.

Some engines’ design allows for a little quantity of oil to enter the cylinders while the machine is idle, which can lead to worn seals in the valves. Because this oil is consumed quickly upon starting, cars no longer emit smoke after a short period of time.

Overlapped piston rings are also a common cause of smoke on engine start-up. As a result, the exhaust will typically emit a cloud of gray and white smoke.

Because of damaged piston rings, oil can enter into the cylinders. When the engine is cold, this is a common occurrence, so be aware of it. This can be dangerous, so you’ll need to remove soot and carbon deposits from the engine to get it back in working order when the vehicle has warmed up.

This problem can be solved by removing the engine and inspecting the piston rings. However, it’s best to check the engine’s compression before proceeding. Additives can also be used as a short-term treatment, although this is only a temporary fix.

Using an incorrect oil for your engine

I’m referring to a vehicle with a high-mileage engine. Car owners manuals frequently state that varied viscosities are acceptable for use in the engine. The likelihood of this happening decreases dramatically as the engine ages and wears out.

It will leak into the cylinders when using thinner oil until the engine warms up and the clearances widen, which is why thicker oil is recommended. With a heavier oil, this is much less likely to happen.

Pay attention to the quality of the oil as well. Even if you picked the viscosity right, exhaust smoke may still be present, but the oil’s poor quality may put you in danger.

In a few rare instances, drivers noticed that the exhaust smoke stopped appearing after changing the oil filter, indicating that the oil filter was either phony or defective for the model of automobile in question. 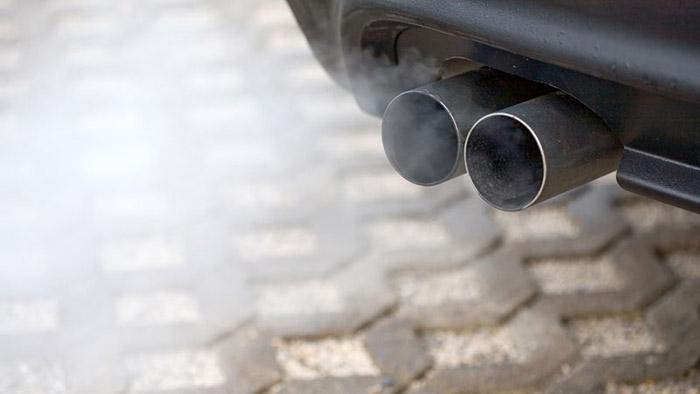 Cylinder head gasket failure is the most common cause of coolant leakage into the cylinders. White smoke from the exhaust is a sign that coolant is in the cylinders when you start the car.

It’s also possible that the cylinder head isn’t tight enough, which would explain why the white smoke disappears after warming up and the metal expands again, restoring the tight fit.

Fuel mixture composition is controlled by the electronic Control Unit (ECU). Coolant and intake air temperature sensors are among the sensors that play a role here.

Consequently, the ECU may employ a fuel mixture that is overly enriched on beginning, resulting in black smoke from the exhaust. Upon reaching operating temperature, the fuel mixture gets leaner as the engine cools and returns to its original state.

Condensation in the exhaust

The engine doesn’t have a problem with condensation. During the colder months of the year. Condensation accumulates on the exhaust system’s walls after the engine has cooled down. When the engine is started in the morning, the exhaust fumes warm up this condensation and cause it to condense, resulting in steam.

So it takes a few minutes for the exhaust steam to evaporate after beginning. Temperature, engine size, and exhaust system design all affect evaporation time. Because of this, there’s no need to be concerned if you see this.

Smoke from the exhaust on startup in diesel engines

When you start a diesel engine, you’re more likely to observe smoke coming out of the tailpipe, especially if the engine is cold.

Faulty light bulbs. You’ll notice black smoke from the exhaust if the glow plugs in your diesel engine aren’t working properly because the fuel isn’t burned entirely in the cylinders. However, this is only going to last for a short while as the black smoke will go away as the engine warms up.

The injectors are faulty. To put it another way, partial fuel combustion can be caused by a faulty injector nozzle or a lack of pressure when spraying fuel from the injector.

In a similar fashion to the previous cause, black smoke can be seen coming from the exhaust when the engine is cold and it will dissipate after the engine warms up.

A faulty PCV valve is to blame (crankcase ventilation system). Oil is burned in conjunction with fuel when a PCV valve engine fails. Black or dark blue smoke can be seen until the engine heats up.

How to diagnose and stop smoke from the exhaust

There are several things to examine if you notice smoke coming from the exhaust, and the following is a list of them: