Here, Fiat’s attempt to break into the American market goes up against MINI’s attempt to keep their lead in the compact car market. The MINI Countryman vs. the Fiat 500X.

Inside, both the front and back of the Fiat 500X have more space. The front has an extra inch of legroom, and the back has.

The Countryman has 3 inches less headroom than the Mini.

Both have the same number of seats inside, but the Countryman has more cargo space than the 500X. The tank size of the Mini Countryman is bigger than that of the 500X. But when the 500X is stopped in heavy traffic or at a red light, the engine will turn off by itself. This saves gas and helps clean up the air. When the driver is ready to go again, the engine will start up on its own. The automatic system that starts and stops the engine does not come with the Countryman.

Both cars are about the same length, but the FIAT 500X is a bit narrower than the Mini Countryman, which makes it easier to park.

In terms of how it handles, the 500X has a smaller turning circle than the Countryman, at 36.3 feet instead of 37.4 feet, which makes it a little easier to drive.

The 500X has a minimum ground clearance of 7.9 inches, while the Countryman only has a minimum of 6.5 inches. This means that the Fiat 500X is very good off-road.

The most weight that the Countryman can pull behind it is 0 pounds, while the 500X can pull up to 1000 pounds.

The basic warranty for both cars is almost the same. 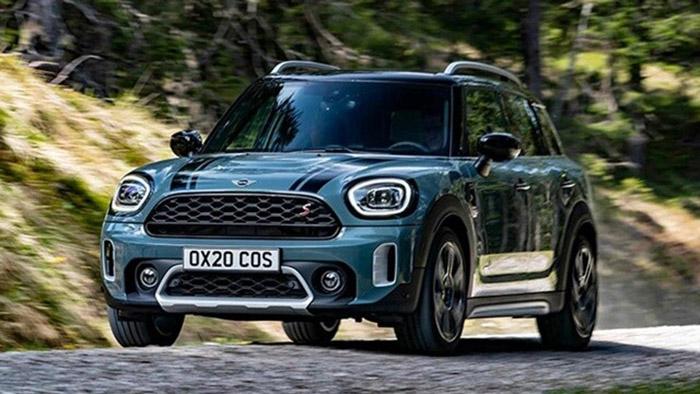 Standard on the Fiat 500X are adjustable front seat belts and Reactive Head Restraints, which protect the driver and front passenger from whiplash in the event of a rear-end collision.

All-Wheel Drive comes with the 500X, but you have to pay extra for it on the Countryman.

Some models of the 500X come with an optional lane departure warning system and blind spot warning system, but the Countryman doesn’t offer these on any trim level.

The 500x could be the car that helps Fiat make a name for itself in the US market. It is based on the idea that a small car can be made into a bigger car without losing the features that make it a Fiat. The 500X is Fiat’s first small crossover SUV, a type of car that is very popular right now. It is a new model that is small and useful.

The 500X from Fiat is the best when it comes to design and style. The car was designed in Italy. It has a classy look like an Audi, which is different from how its cousin, the 500L, looked before. The front and back ends of the Trekking and Trekking Plus models were made to look more rugged.

While Fiat is trying to grow, MINI’s only vehicle with all-wheel drive is back to cement its position as the king of a class of small crossovers that is growing.

Except for the Park Lane, the new version of MINI’s crossover doesn’t change much in terms of design. The Countryman in a special edition.

Still, the 500X gets better gas mileage on the highway. It gets 34 mpg on the road, while the Countryman only gets 32 mpg.

When it comes to price, the Countryman is a bit more expensive. According to MINIUSA.com, the regular 4-Door model starts at $22,750. The Countryman with the John Cooper Works ALL 4 package starts at $35,350.